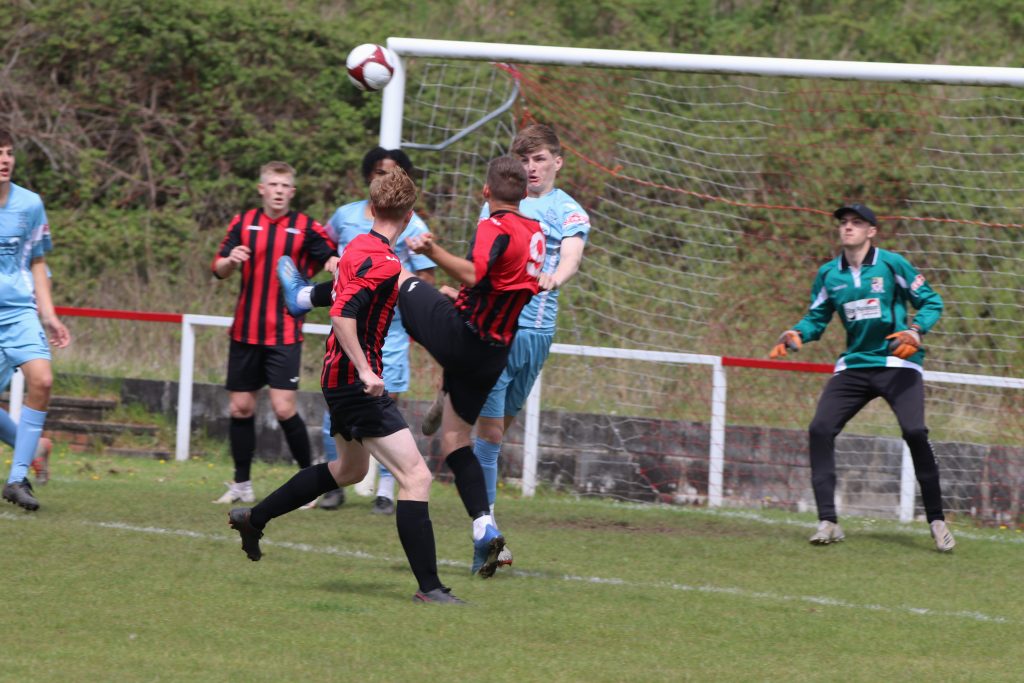 Top of the table Stafford Rangers had only dropped one point and had already beaten the Mickleover Reds when they visited Stafford, but no one could anticipate how the return match would unfold in this Championship decider.

It was end to end action from the start, with Bobby Battisson having a shot blocked three minutes in, after a Jacob Edge-Lucas cross, before Josh Satchwell headed just wide after a corner.

Fin Barker was leading some powerful attacks on the Stafford goal, and when he was tripped on the edge of the box, George Atwal put his free kick wide.

Only a minute later Stafford had a similar shot from a free kick off target too, before Mickleover Tom Smith had to come charging off his line, to quash another Stafford attack. 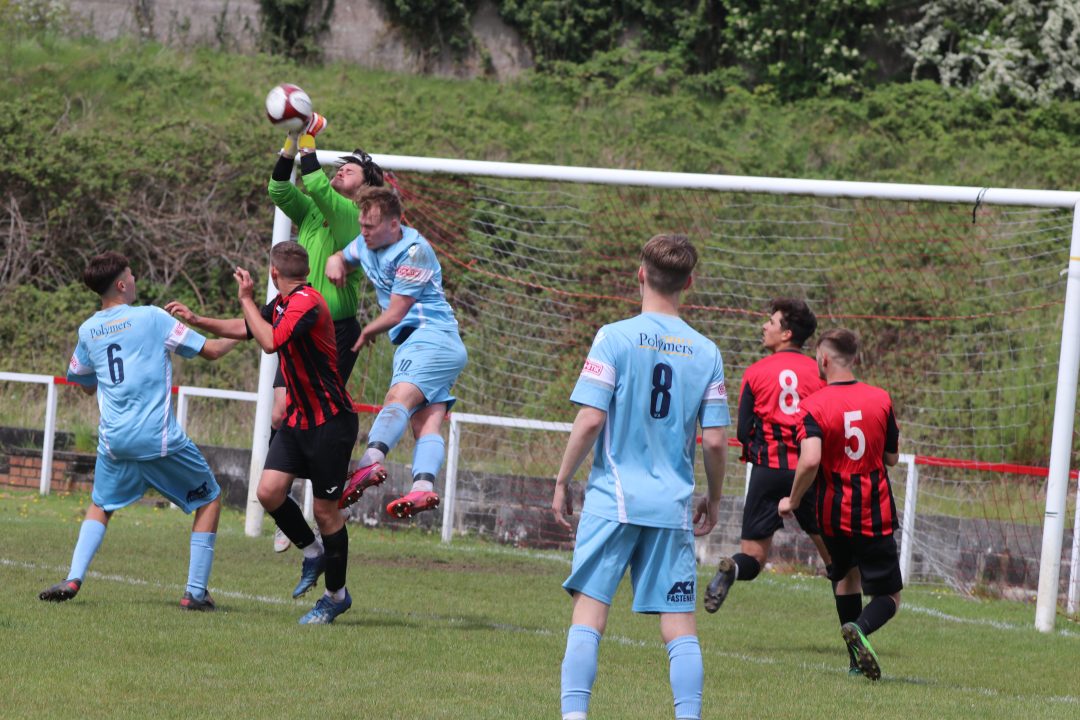 Atwal and Barker shared a couple of good exchanges, but the end result was disappointing, but in the 24th minute the deadlock was broken. Sam Pipes was fouled on the edge of the box, and Atwal’s free kick was met superbly by Edge-Lucas, heading into the far corner of the Stafford net 1-0.

Only minutes later Battisson was scythed down on the left. As a couple of Stafford defenders started to protest their innocence, Pipes was given a harsh straight red car, for a slight push.

Despite being down to 10 men, Mickleover more than held their own, as the Stafford team started arguing among themselves.

After a follow up from a 30th minute free kick   had beaten the Stafford keeper before gong just wide, Satchwell had a strong run down the right, before Battisson crossed the ball landing just behind Barker.

Stafford had started to push forward, but another Satchwell run after 39 minutes, fed Barker, who outran the defence and shot just over.

The visitors continued to show some defensive disarray which saw Barker through on goal, before the keeper intercepted his 42nd minute attempt. After Louis Pennington was brought down with minutes left in the first half, Atwal had another free kick attempt saved, but Stafford were ruing their missed chances from a busy first half.

The second half started similarly to the first, with Battisson’s early attempt blocked. 54 minutes had gone though when Barker had a shot which rebounded off the keeper, out into Satchwell’s path, firing it hard to the keeper’s right 2-0. 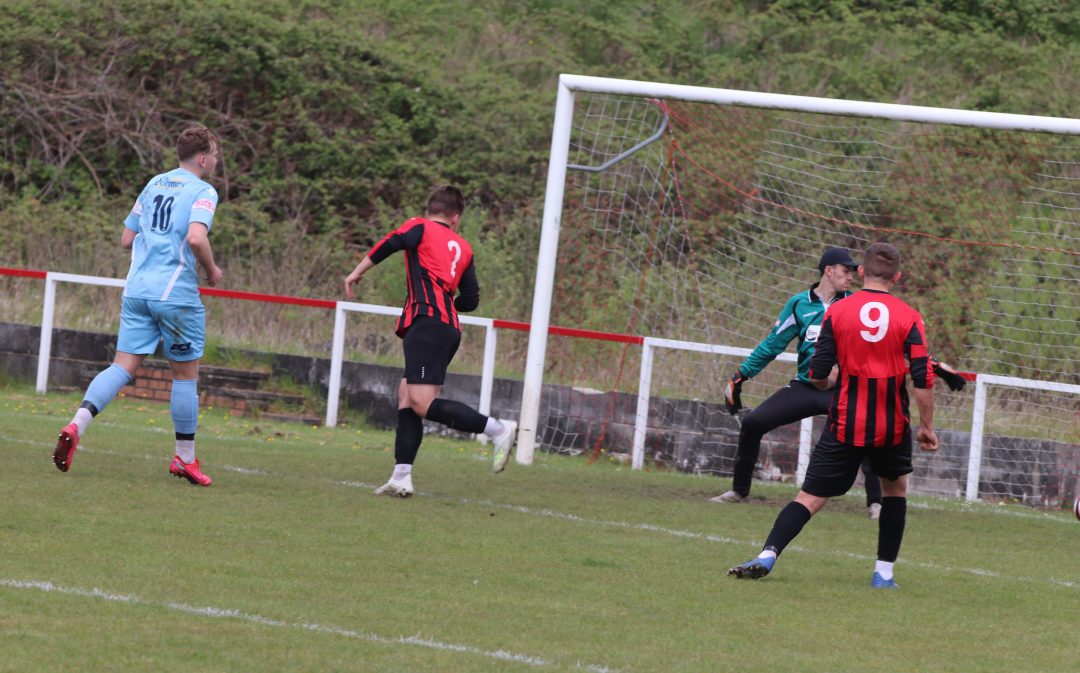 Only five minutes later it could so easily have been three, after Battisson dispossessed a Stafford defender, went on a run and saw his shot bounce back off the right hand post.

Mickleover then opted to make their first substitution with Brodie Carter on for the hard working Barker. No sooner had Carter come on, he was in with a chance, after Stafford began to commit a string of minor fouls, he just missed getting on the end of an Atwal free kick.

Stafford started to push forward again to try and open their score sheet, their leading scorer Jayden Hunter was almost through after 17 minutes, and five minutes later he had the ball in the net, but used his hand to take it past the advancing Smith in the Mickleover goal.

As attack turned to defence though, Stafford were in trouble again, after a mix up between keeper and defence. Carter was able to take the ball past the keeper as he rushed from his line to make it 3-0 after 69 minutes.

Pennington was having a much better second half and began to spray the ball about, with help from the running Battisson and continuous overlaps from Edge-Lucas and Lewin. 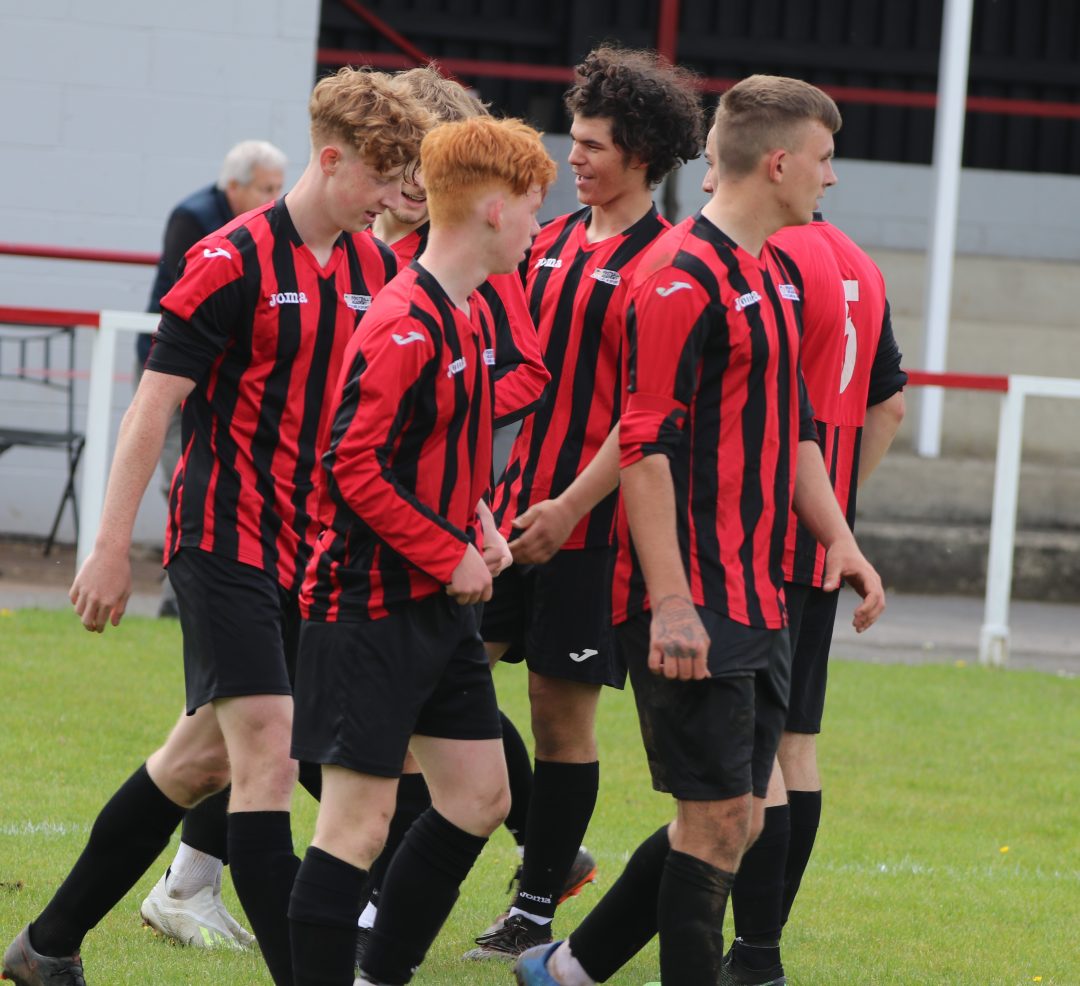 The keeper had to run out again to stop Carter, before Edge-Lucas’ charge in the 73rd minute found Atwal who shot over. Battisson then had a good shot saved, before it was played out wide to Satchwell, whose effort was wide o the right and post.

Cameron Anthony and Will Robinson had both been solid as a rock in the centre of the Mickleover defence, but it was Stafford under continuing pressure, with Battisson through again.

Ted Stevenson was on for Atwal, and had a cracking shot from just outside the area, after Battisson earned another free kick.

Kai Moore came on for Carter but there was still another goal to come, when a great build up from Battisson, saw Edge-Lucas collect, before sending a powerful shot past the keeper, 4-0!!

Kyran Ward was the final sub on for Battisson, but time was up and despite having been down to 10 men barely halfway through the first half, it was convincing win, with a terrific all round team performance.

Now only Rushall Olympic stand between Mickleover Reds and the ESPFA League title, which will be settled at Borrowash next Thursday.