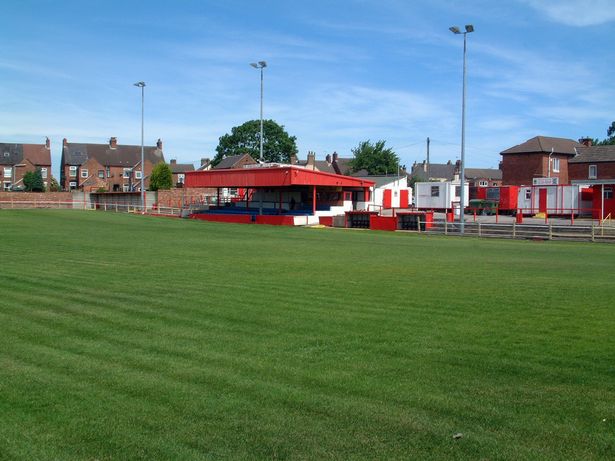 A goal in each half was enough to see Mickleover FC’s pre-season end on a victory at Gresley Rovers.

Only five minutes into the game Kai Moore gave Sports the lead. A long ball had caused some confusing in the home defence, which left the young striker with a free run on goal to slide past the advancing Fenney. 1-0.

Seven minutes later Andy Dales tried his luck from long range, but was off target, before a Gresley corner was headed towards goal. Sports keeper Jonathan Hedge shot off his line to intercept but was beaten to the ball by Gresley’s Landsdowne, who’s header was over the bar.

Although Mickleover had the majority of the possession, the home defence continued to hold out.

Left back Elliott Walker went close after 23 minutes with a free kick just inches wide, followed five minutes later by some Dales magic. He managed to create the space to shoot, but it was straight at the keeper.

Nbakop had a shot for Gresley just over the bar again, before Morris earned corner for the hosts after a run down the left.

While Gresley’s attacks seemed to lack the final ball, Moore went close again after 39 minutes, when he cut in from the right only to have his shot deflected for another corner. Ryan Wilson was on the end of it, but his effort was wide of the post.

Gresley had another try when Wells effort was headed clear after 42 minute and so it remained 1-0 at half time.

Mickleover started the second half strongly, with Dales collecting from a 50th minute free kick to fire over, before a Gresley clearance resulted in a Moore half volley just off target too.

It could have been another Sports goal after 54 minutes, when a break from Elliott Reeves found Dales, who was thwarted by keeper Fenney pushing his shot around the post.

Mason Warren then tried his luck with a curling ball just over the bar, before Dales left the defence flat-footed, leaving Jahvan Davidson-Miller to go for goal, only for his hot to be deflected by an offside player.

Davidson-Miller had started to cause problems for the Gresley defence and was able to cut inside Frizzelle after 70 minutes, before a weak shot went straight into Fenney’s hands.

Only a minute later Davidson-Miller had another shot straight at the keeper, before Lee made a break for Gresley but Hedge had it covered.

With three minutes on the clock Morris broke free for the hosts and found Wells. Hedge managed to push it wide, but was at full stretch to keep Sports advantage.

Only a minute later though there was a second goal, but it went in Mickleover’s favour. After a dangerous ball into the box, Davidson-Miller collected and sent a cracking shot into the top corner to seal the victory 2-0, with the final whistle soon following.