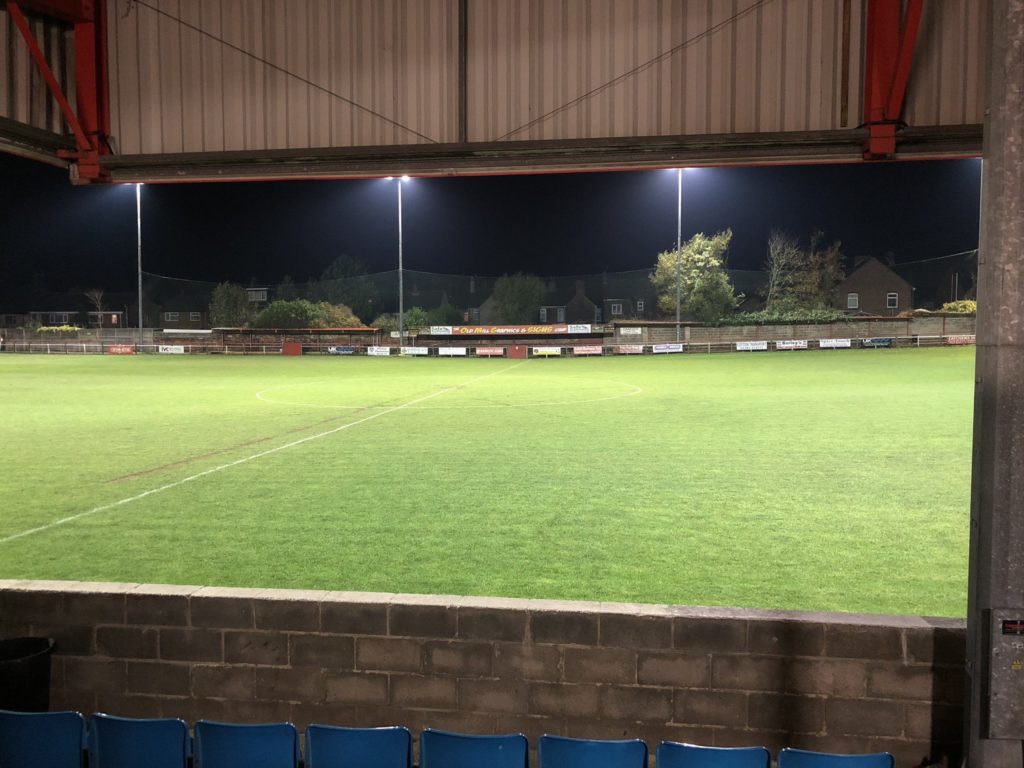 First half consisted of both teams created excellent chances. Mickleover with the most chances especially a free kick that went wide of the left hand of the post. During the first half, Gresley had chances with Martyn Smyth and Kieran O’Connell which were saved by Sports goalkeeper Lewis King. Jarman and Phillips worked very well as a team during the first half but many chances were missed. Mickleover almost had a chance to get on the scoreboard with Sports awarded a corner but went over the bar of the goal. On the 28th minute a header from Sports defender Pablo Mills gave Mickleover the lead. Mickleover almost added another goal with a shot from Nathan Jarman and went wide of them right hand of the post. Half Time Gresley 0-1 Mickleover Sports

During the second half, there were no changes to each side. A chance came for Mickleover with a shot from Ricky Ravenhill and goes wide of the left hand of the post. A sub was made for Sports. Ted Cribley comes off and is replaced by Victor Sodeinge. Victor Sodeinge had some fantastic chances throughout the second half with a chance to score but was blocked by the Gresley defence. On the 70th minute Gresley earns an equaliser from Cameron Steele after the ball was struck past Lewis King. Gresley 1-1 Mickleover Sports Victor Sodeinge gets his first goal for Sports on the 82nd minute after going one on one with the keeper and shots over the keeper to strike on the top left corner. Another Sub for Sports as Mason Warren comes off and is replaced by Finn Parkin. Full Time Gresley 1-2 Mickleover Sports and Mickleover progress to the 3rd round of the Derbyshire FA Senior Cup.