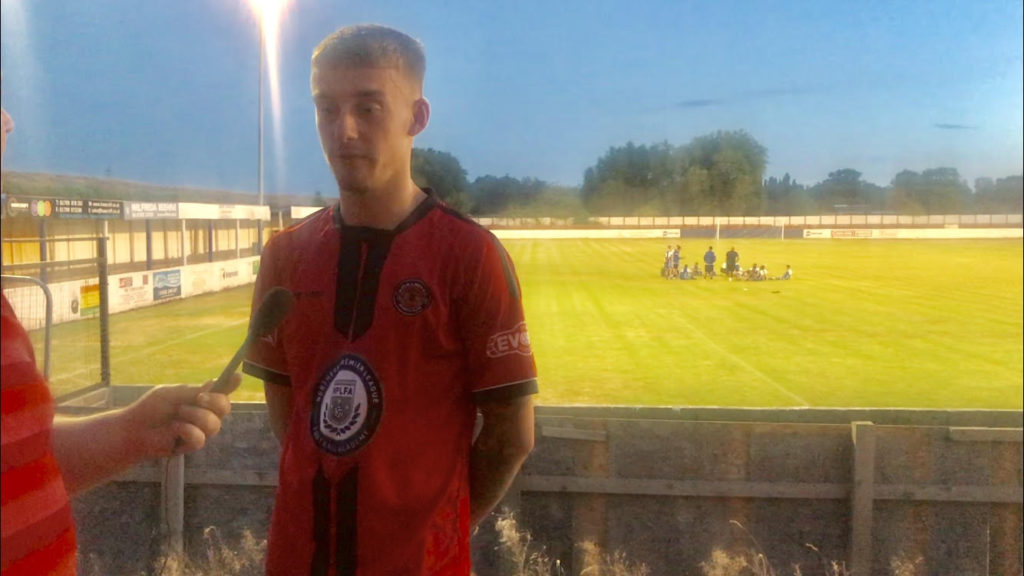 Mickleover Sports is delighted to confirm the signing of exciting midfielder Oliver Roberts ahead of the 2018/2019 season (subject to International Clearance). The 21 year old, who scored 4 goals in 54 appearances for Stalybridge Celtic last season, joins John McGraths side after a spell playing over in the States for New Orleans Jesters in the National Premier Soccer League, the fourth tier of the USA pyramid. Highlights of his time in Louisiana include a 92nd minute winner against Greenfield and a stunning free kick in a separate game.

Oli is from Ashton-under-Lyme, starting his youth career at Stockport County in 2012. His talent was spotted by Stoke City, and he switched youth teams. In 2016 after signing first team terms but not making a first team appearance, he joined Tamworth on loan, then Fleetwood Town permanently, making his debut against Carlisle in the EFL Trophy. He was almost ever present in the 2017/2018 season for Stalybridge Celtic , missing just two matches (and he was a unused substitute for one of those!)

Roberts first match in a Mickleover shirt was in Tuesday nights 4-0 pre season victory away at Frickley Athletic. Afterwards Oli spoke to Sam & Kerry Goldsworthy on Mickleover Sports TV. Click on the link below to watch his post match interview. The video also includes the thoughts of Media Officer for the Jesters, Paul Boron, as well as some goals he has scored over in the USA. Remember to Subscribe to channel for all the latest Mickleover Sports content.