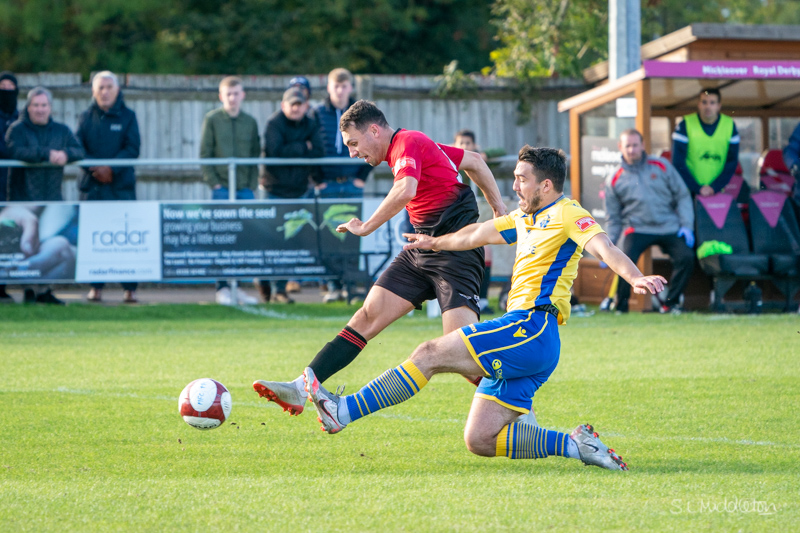 Declan Bacon came back to Mickleover FC at the beginning of this season on loan from Gainsborough for a second spell, before making it permanent just before Lockdown.

Unlike a lot of players, Declan didn’t get serious with thisfootballing career until fairly recently.

I think it’s every young boys dream to be a footballer, but it never quite came to that for me. I am proud of my footballing journey though and hope to continue progressing and enjoying myself.

There have been lots of changes at Mickleover since his first spell.

There was only Mase and Pabs in the squad I last played in. No disrespect to the lads I played with before, but this squad is up there with the best I have played with. The togetherness is second to none and I think that’s half the reason we did so well this season.

So having not started through Academies etc, how did his footballing career begin?

Growing up in small village all I did was go to the park and play football. I first started taking it seriously when I was at Bottesford Town, four years ago though.

I had a really good season and scored a few goals, which got me a move to the National League North with Alfreton Town, that was my first real introduction to semi-professional football and I just took it in my stride.

I had a few loan spells at clubs during my time at Alfreton, Sheffield FC, Scarborough and of course Mickleover.

He works in football during the week, as head of Social Inclusion at Scunthorpe Utd, taking him into the community and schools.

I wouldn’t say it hinders me working for a football club, if anything it helps. I’m around like minded people so that always helps.

He started last season strongly and was soon finding the net on a regular basis, before being briefly recalled by Gainsborough, only for the season to be declared null and void again.

It was very frustrating, we all just wanted to keep the train moving forward! No doubt we will continue our form into next season and ruffle a few feathers. I always seem to hit form when I play under the Gaffer, so I hope I continue to work with him regularly. 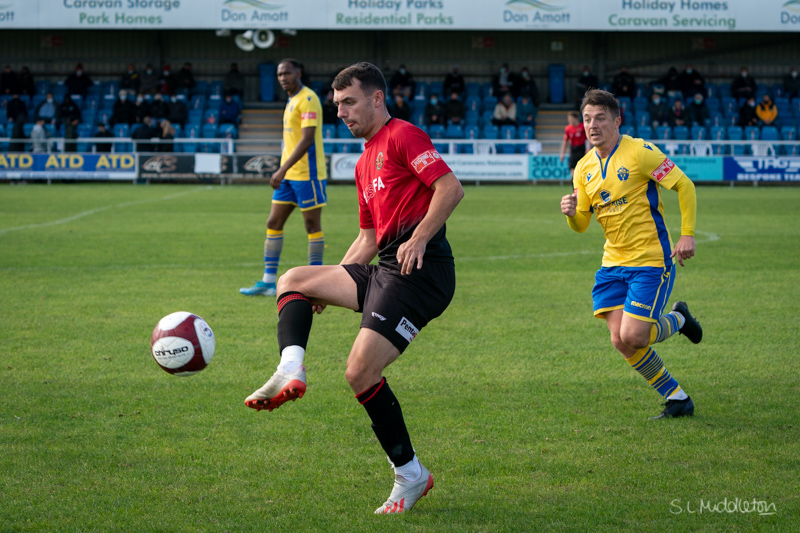 We have all seen his prowess in front of goal, but has he always played there?

Yeah, I’ve always scored goals. Probably because my Grandad used to give me a pound a goal when I was a kid.

But does he prefer running on to the ball or being the target man?

I am fairly quick so I like to get in behind the defence and create or score goals. I’m trying to get better at the target man stuff, but it just isn’t my style, maybe when I lose pace and I am 35.

Definitely, Watty does a great job with the sessions and pits us through our paces. It also helps with a bit of routine, as footballers love routine and need to stay focused.

I have a two year old daughter, so I love spending time with her. I am trying to get her in to football too, but don’t tell her Mum!!! She has a great strike.

Nothing out of the blue, relax. I love to look at the stats in the league, so I probably do that before we play a certain team.

We know it was a short season, but were you surprised how well it went?

We didn’t start the season so well, but as soon as the lads settled we started to show what we were capable of.

Once the ball got rolling we just steamrolled teams and I genuinely thought going into games we were going to win, or at least get a result. But no surprises now and it’s get ready for next season.

What was his first reaction when the season was declared null and void?

Disappointed, it would have been great to carry on the season where we left off. I was really enjoying everything about football, so it was a bitter pill to swallow.

Probably playing at Pride Park in the Derbyshire Cup Final against Mickleover haha!! I was playing for Alfreton Town at the time and we won, I think I set up the winner as well. A year and a half before that I was literally playing on cow fields for a Sunday League Youth team, so then to jump into Pride Park, it was class.