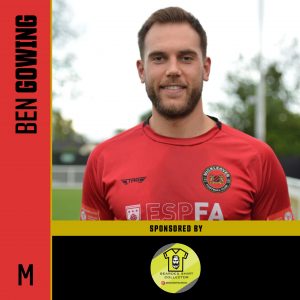 Ben started last year playing with Paddy Webb at Eastwood and by the end of the season had scored 13 goals in his 32 appearances.

The midfielder has played for a number of teams in the locality, in 2018/19 he was with Belper Utd and before that he had spells with Long Eaton Utd and Dunkirk.

He joined the Sports squad during the summer 2020 and was a regular member of the first team squad all season.