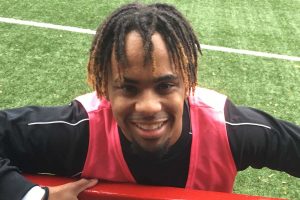 A pacey winger, Dexter played his youth football at Romulus, before joining Tamworth in August 2017.

He was on a dual registration with Sutton Coldfield Town too, but soon came to the attention of Coventry City.

Having joined the Sky Blues in August 2018, he had two years with them, making one first team appearance in the EFL Trophy and was a regular in their Under 23 side.

After his Coventry contract expired he rejoined Tamworth in August 2020 and has also had a loan spell at Leamington.