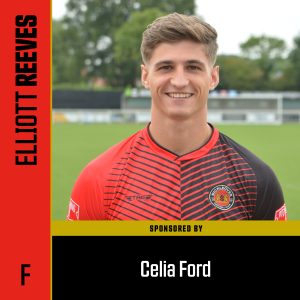 A Derby born striker Elliott is another pre-season signing after two years at Alfreton Town, scoring seven goals in 34 games.

He was previously at Margate for 2019/20 scoring 13 from 36 appearances and during an earlier stay at Ilkeston he netted 36 times.

Prior to joining Ilkeston he had spells at Heanor Town and Graham Street Prims and scored on his Mickleover debut against Hanley Town.