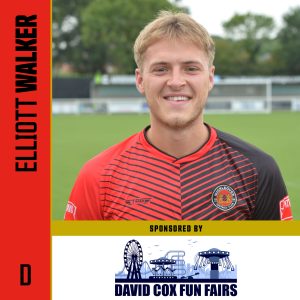 A graduate of the Doncaster Rovers Academy, a speedy right back Elliott joined Toolstation Northern Counties East Division One side Rossington Main following his release in 2020.

After a successful trial with Northern Premier League Division One East team Stocksbridge Park Steels, he joined the permanently for the start of last season and continued to impress.

He came to Mickleover in March 2021 and was a regular to the end of the season.