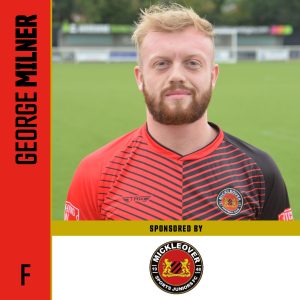 He then moved to Belper Town where he was regular for the next two years, until bringing his attacking flare to Mickleover prior to the 2020/21 season.

He is hoping for a full season this time around, after a niggling ankle injury limited his input.