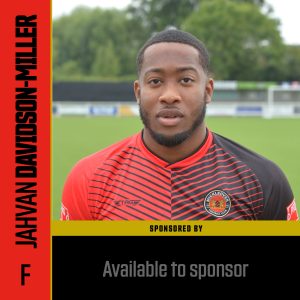 A central striker or wide player, he joined Belper Town after his release from Derby in August 2017, before joining Kettering Town a year later.

He moved onto Barwell in late 2018, where he played his football until making his debut for Mickleover as a second half sub in the home win over Atherton Collieries.

He is still looking for his first goal and spent most of last season on he bench, but having found his scoring boots in this pre-season, he should start pushing for a place in the starting line-up.