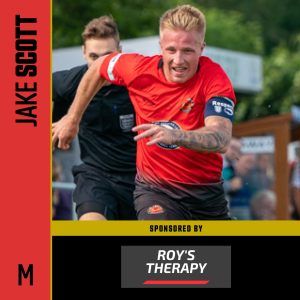 A former Mickleover captain, now returned for his second spell at the club.

A strong midfielder he was a Barnsley Junior from the age of seven, but after his release had spells at Worksop and Guiseley, before signing for Bradford Park Avenue in October 2015.

He was at Gainsborough and Shaw Lane the following before joining Mickleover in November 2016. In just over three years at the Don Amott Arena, including a loan at Frickley, he was an essential part of the team.

He started last season back at Gainsborough, but now returns to Mickleover for his second spell.