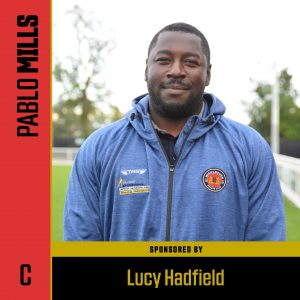 Although still player on occasions, Pablo coached last years Academy to both the Regional and National titles, bringing forward a number of those players into the first team squad.