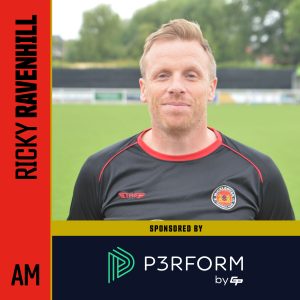 Mickleover assistant manager Ricky Ravenhill has been at the Don Amott Arena for almost five years. He started as a youth player at Barnsley in 1998, but got his break when he joined then Conference side Doncaster Rovers in 2002.

As well as his managerial duties, he occasionally plays in the clubs reserve side.