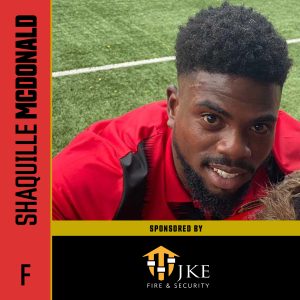 An experienced striker who has joined Mickleover for a second time.

Having started out at Birmingham City’s Academy, he moved on to Chasetown and Alsager Town before signing for Peterborough Utd in 2013.

Further loans loans at Chester and Histon  followed before the briefist of stays at York City preceded two years with Derby County.

He played in the Under 23’s at Derby and had loan spells at Cheltenham and Halifax, before moving on to Nuneaton .

After six months he was on the move again joining Black Country Rangers where he scored 24 goals in 17 games and then Coventry Utd scoring 16 goals in 14 games.

He first arrived at Mickleover in December 2018 and is well remembered for scoring the goal that saved them from relegation in 2018/2019.

His next stop was Bromsgrove from June 2019 to July 2020, where Tamworth was his last port of call before coming back to Sports squad.