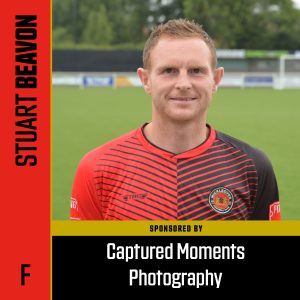 Stuart Beavon is one of Mickleover’s most experienced players, following in the footsteps of his Father Stuart and Grandfather Cyril.

He was been a regular scorer and hit the net on 10 occasions last season, including a hattrick in the 4-1 home win against Radcliffe.