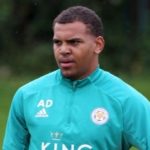 A young goalkeeper currently on loan from Leicester, where he was spent the last two years in the clubs under 18 side.

He was spotted by Norwich City playing for the Kentish Town Academy, where he played in an under 11’s side, winning the league and reaching the London Cup final.

In July 2018 he joined Manchester City, spending a year with them before signing for Leicester City.

He is also capped by the Republic of Ireland at Under 19 level. 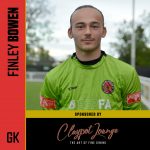