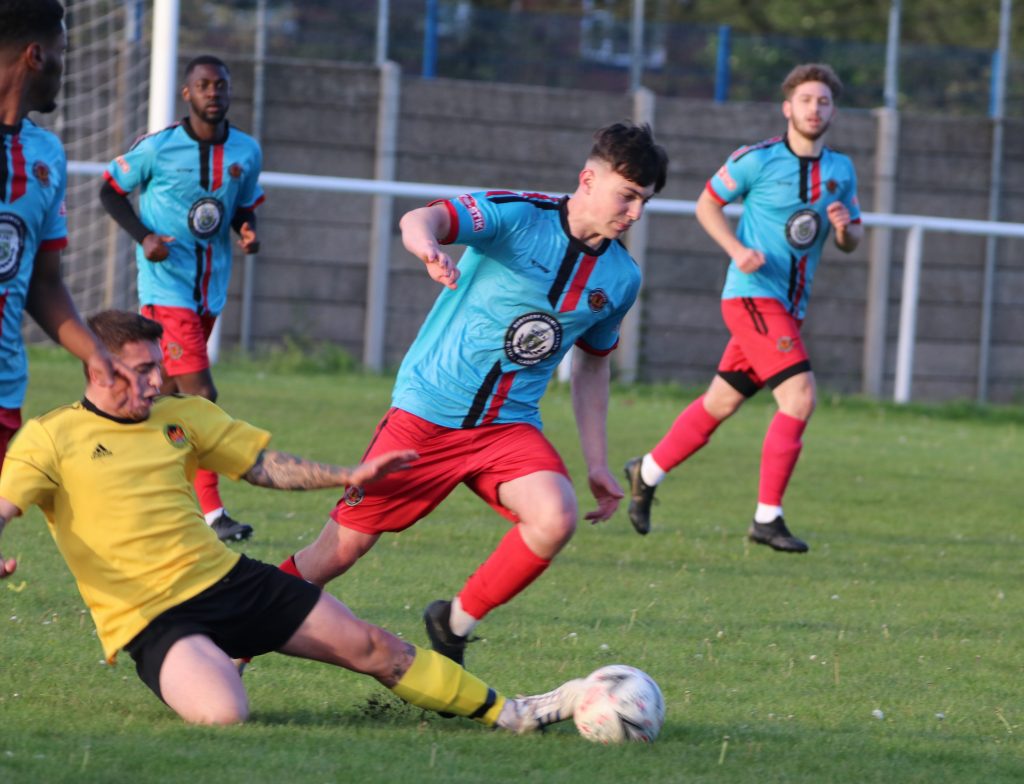 Dinnington were straight on the attack and won their first corner in the second minute. Mickleover retaliated when a good cross from Ayetine, saw Fuertado’s attempt just wide, before Elliott  missed out on connecting with a half chance.

A couple of minutes later Elliott put the ball across the face of the Dinnington goal, just missing connection with Smith.

After Dinnington put a free kick well over Smith’s bar, it became end to end for most for the first half.

Elliott just missed out on another Fuertado cross after 14 minutes, but at the back Ferdinand was marshalling the defence well, with the aid of Hayer, while both Lewin and Eccleshall were effective on the overlaps.

Dinnington had a shot just over after Hayer had lost possession on the edge of the box, before Smith was brought down in the area in the 16th minute, but penalty shouts were waved away. 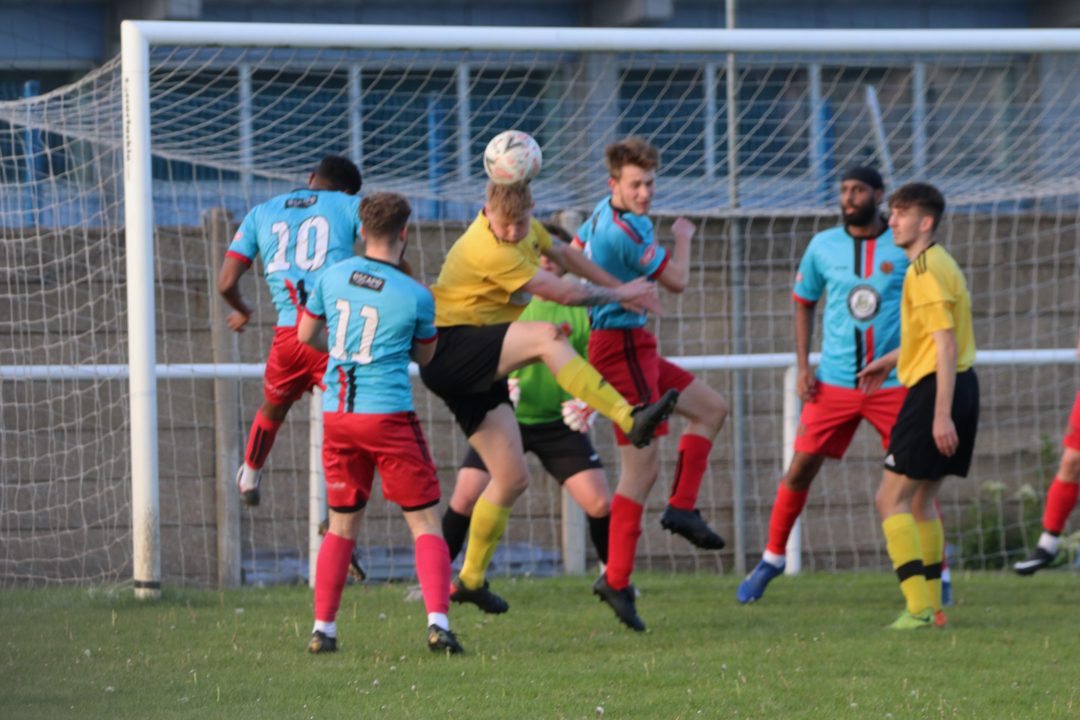 Devon Smith got a shot in again after a feed from Massampo, followed by another corner for Sports as they pushed to open the scoring.

But Dinnington were equally on the attack too and after a scramble in the Mickleover box 26minutes in, a free kick was given and relieved the pressure.

Lewin placed a nice curling ball into the Dinnington box on the half hour, but there was no one on the receiving end, he was then back in defence clearing the lines too.

But Dinnington kept coming back for more and there was another goal mouth scramble after Smith charged out only to beaten to the ball, before the defence rallied once more.

Smith was in action again pulling off a good save in the 34th minute, but then namesake Devon had a shot whistle just wide of the post, the nearest yet to an opening goal.

But as half time approached Dinnington had a couple more telling attacks and Hayer had a cross, too long, but just over the bar.

Elliott had the final chance of the half, in space initially but waiting too long to try and get a shot in, so the teams went in still 0-0.

Mickleover made two half time changes, with Tefera, injured after a couple of knocks, and Lewin, making way for Edge-Lucas and Battisson.

From the start of the second half Mickleover seemed more positive and Devon Smith was soon attacking giving Fuertado a half chance.

But after Dinnington had another attack, Fuertado had a shot saved in the 54th minute. Ayetine had become more effective as the target man, but was hacked down from behind in the 46th minute, earning the Dinnington defender a yellow card. 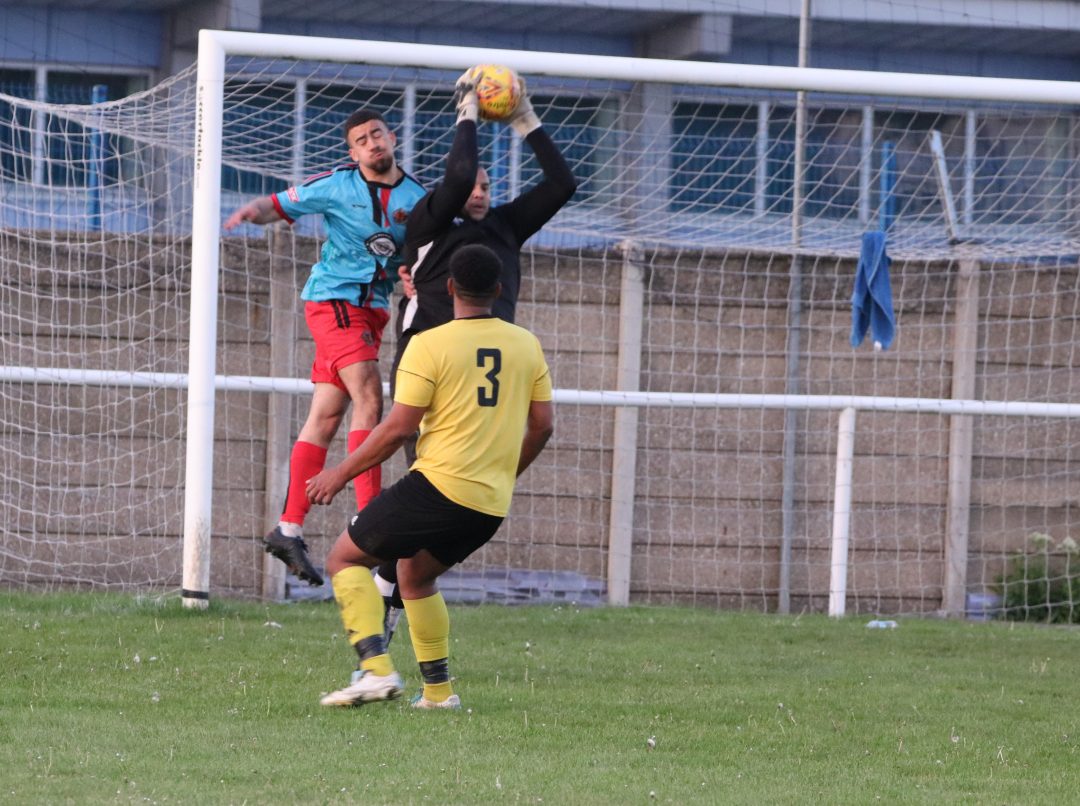 Eccleshall then put a good cross in before Elliott’s shot was blocked on the hour. But Mickleover had a lucky escape, when Edge-Lucas was surprisingly outpaced on the wing, before the Dinnington striker fired a shot in which Smith tipped onto the bar. But the hosts had the ball in the net from the rebound, only to be deemed offside.

Two more substitutions followed with Satchwell and for Fuertado and Wiliamson for Devon Smith.

Dinnington had another weak penalty appeal rejected, but finally after 70 minutes the deadlock was broken, when Satchwell was fouled on a run, and Wiliamson’s following free-kick had the keeper well beaten 1-0.

Six minutes later and from Eccleshall on the left, Wiliamson’s through ball to Battisson was met up by the charging Edge-Lucas, who placed the ball nicely out of reach of the advancing keeper, 2-0.

Dinnington had a free kick, but in punching clear Smith took a slight knock. But Mickleover came charging back and Satchwell made it 3-0 with a back heeler, catching the defence flat footed. 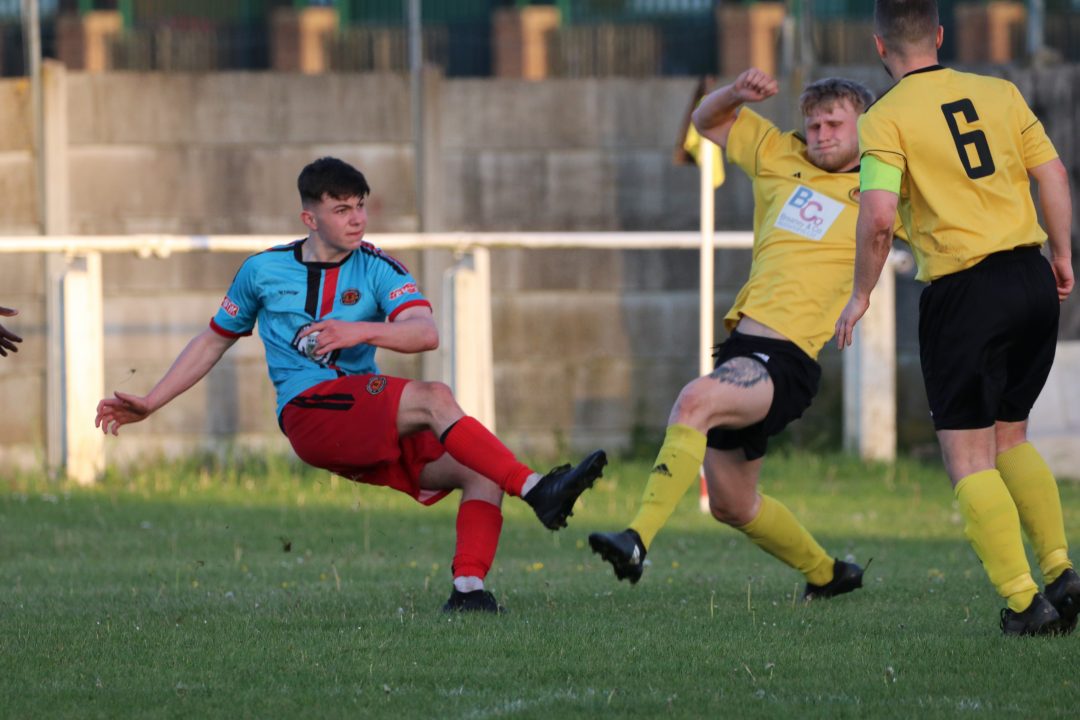 The hosts were close to pulling one back though when Smith was unable to collect. Hayer cleared off the line before Eccleshall brought it clear.

Battisson and Wiliamson both had more of the ball in midfield and after a long kick by Smith in the closing minutes, Battisson almost latched onto it at the other end.

A minute later and another Battisson run saw him brought down in the area, only for his resulting penalty to be saved.

So it remained a hard earned 3-0 win, which takes them into the semi finals, against the winners of the AFC Bentley v Rowsley tie.