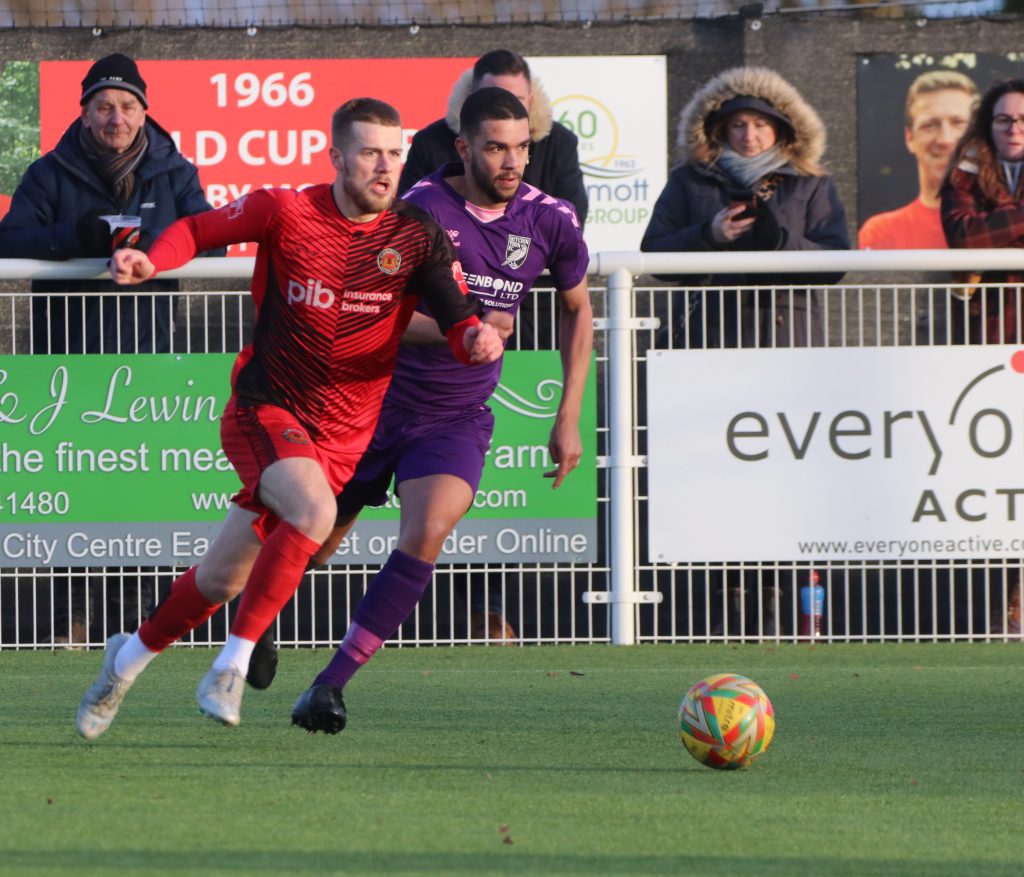 A promising start came to nought as Mickleover slumped to a home defeat against their jinx side Hitchin Town.

A chilly start to the game but the morning rain had ceased and it couldn’t have started better for Mickleover.

Mann put a diagonal ball through that’s split the defence and was pounced on immediately by Greaves, who planted it firmly past keeper Charlie Horlock in the opening minute 1-0.

Seven minutes later Dolan fired in another shot from the left, Horlock saved again, but it was a corner for Sports.

It has been a fairly even start to the game, despite Mickleover’s lead, but they were beginning to luck vulnerable for pace down the right.

Ciaren Jones managed to outpace Bateman and planted a telling cross towards the left hand post, where Bradley Bell had an almost clear header to make it 1-1 after 13 minutes.

Both sides had chances to move forward, but most of the passes lacked accuracy and after 19 minutes Diogo Freitas Gouveia had a shot from Mickleover’s left, but fortunately it was wide, but a slight deflection earned the visitors a corner.

Horlock pulled off a good save after 23 minutes from Greaves, after an accurate cross field ball from Wilson, and four minutes later Bateman and Greaves linked up down the right, but the final ball was just out of Beavon’s reach.

Jones had a wild shot for the visitors on the half hour. But Mickleover managed to earn another a corner, after a further quick break.

As the ball came into the box, Dolan, Marshall and Beavon all fired shot’s in at close range. The final effort striking a defenders hand while he was on the ground.

In recent games Mickleover have been on the receiving end of far less clear penalties than this, but ref the ignored the requests.

But the threat was then reversed as Hitchin piled the pressure on the home defence, ending with a 37th minute free kick from Hitchin, just inches over Hedge’s bar.

Rose was yellow carded for a foul on the halfway line, but it was Mickleover that went close as the first half came to an end, when a free kick found Marshall, who set Greaves on his way, only to shoot straight at the keeper.

Warren was on for Rose as they re-appeared for the second half and was soon in action.  A lovely ball was dropped into the box after 48 minutes, with Trueman and Marshall a whisker away from connecting.

But the tide quickly turned as Hedge made a save with his feet a minute later.

Greaves was almost through again after 51 minutes, but Horlock beat Marshall to the ball and kicked clear.

It seemed to be Greaves tenacity that set upmost of the Mickleover breaks, as overall they were struggling to break out of their own half.

Gouveia created space for another Hitchin shot on the hour, but it was well wide. Any retaliatory attempts from Mickleover were then fairly easily responded too.

It didn’t really come as any surprise when Ashley Hay picked up the ball after a goalmouth scramble, following a corner. Hedge had no chance with the shot as it hit the back of the net 1-2 after 66 minutes.

Mickleover brought Reeves on for Trueman for the last 20 minutes and was close to connecting after only three minutes on the pitch, chasing a long ball but just beaten to it by Horlock.

Reeves was the in action again with a cross come shot from the right wing, just over the bar from a tight angle.

Joining Marshall and Beavon up front, suddenly there was a spark from the Mickleover side. Reeves managed to outpace a defender on the left after 75 minutes. His cross was accurate, but there was no one on the receiving end.

Mills was then on for Wilson, but it was Layne Eadie was next to try his luck for Hitchin, again fortunately well off target.

The intensity shown from Mickleover in the last 10 minutes hoewever, was probably more than any point in the game. Dolan put a nice cross in after 81 minutes and there were various connections as it bounced around in front of goal, without space for a clear shot.

The chance to equalise came after 85 minutes though when Man was clearly tripped inside the box, as the defender made no contact with the ball.

The referee may have been unsighted, but his assistant was on the spot and failed to flag for the clear penalty.

Into the final minutes it was like a game of pinball in the Hitchin box, with Dolan almost firing home, only to be deflected for a corner.

The pressure continued to the final whistle, with Horlock making a diving save from Sports Star Man Greaves.

Despite the two clear penalty appeals incorrectly dismissed, the majority of Sports second half performance didn’t rally merit the valued points that were had lost, as Hitchin were deserved 1-2 winners. 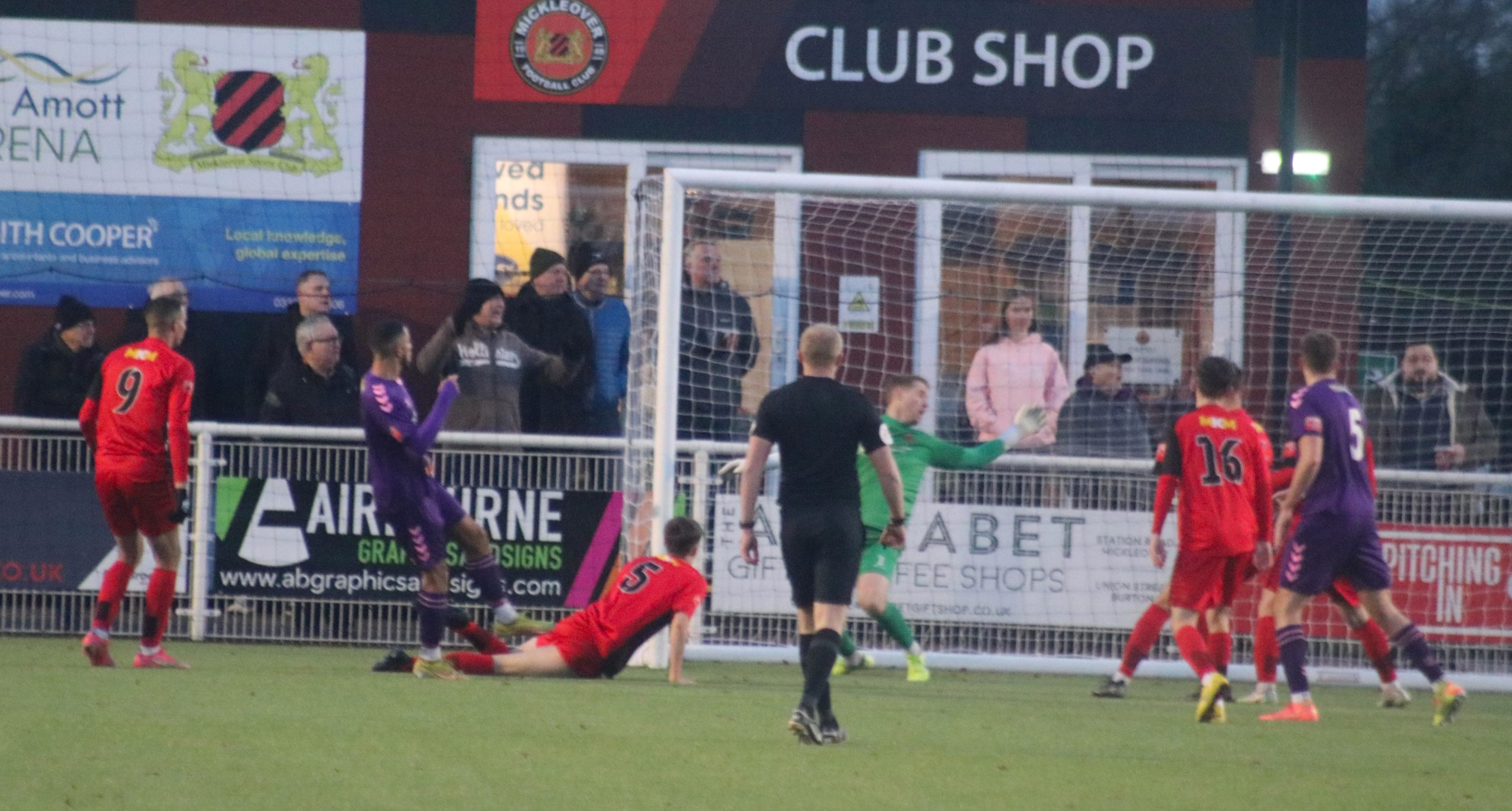 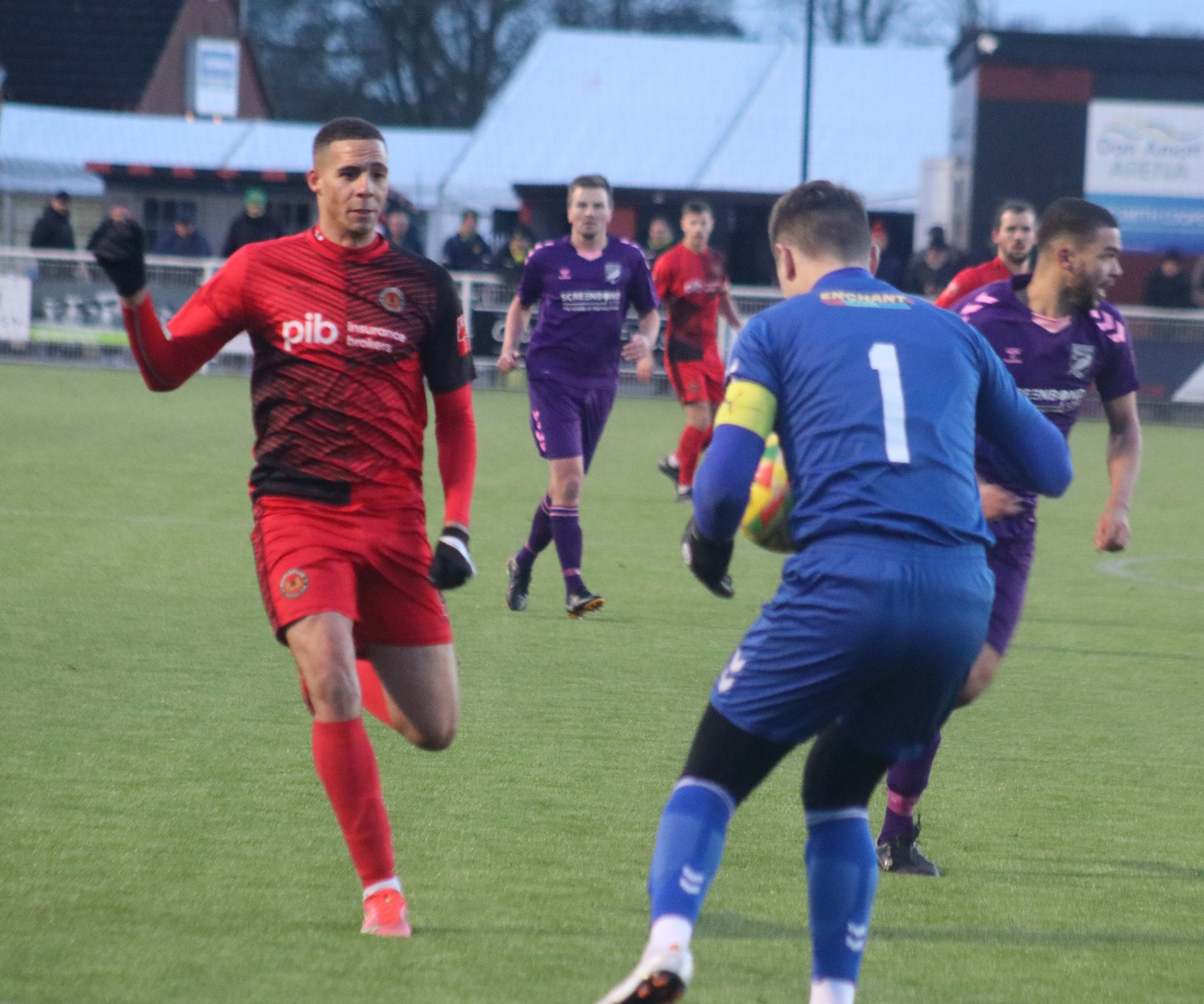 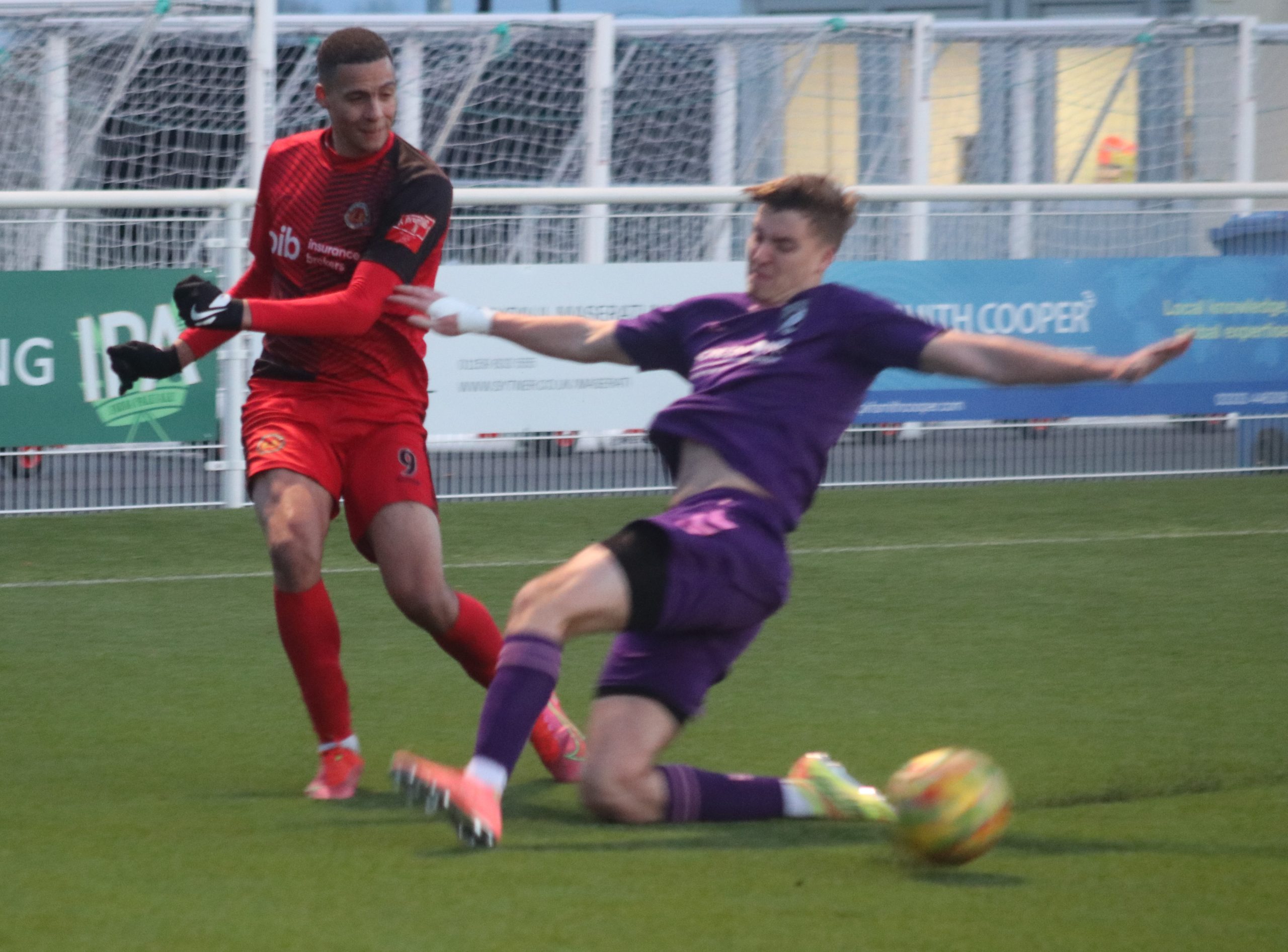