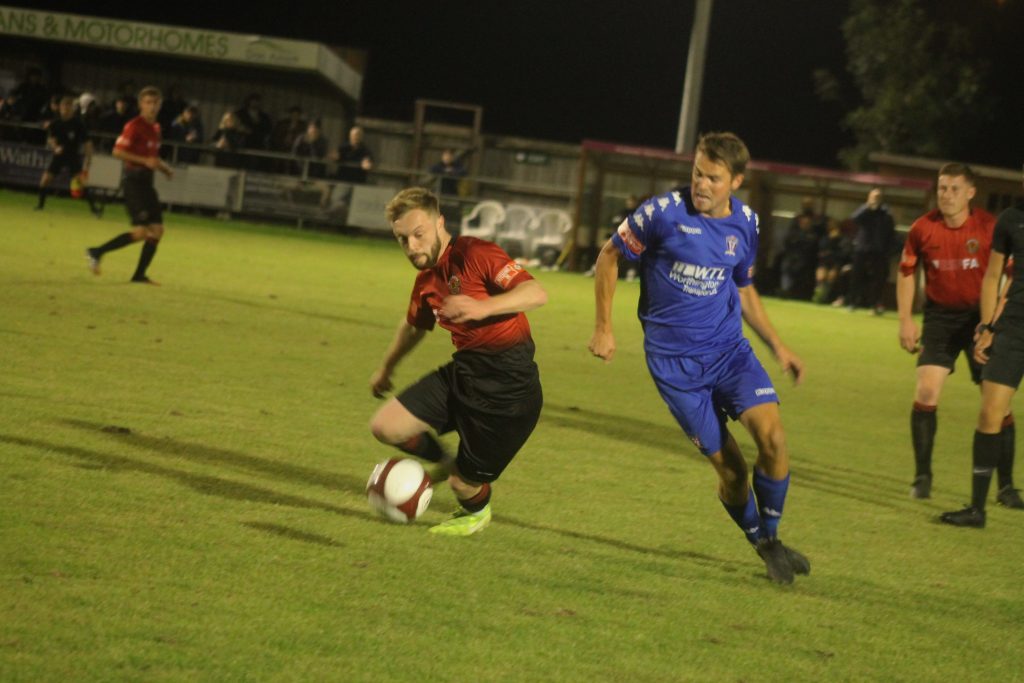 Following the disappointment of last Saturday’s home defeat at home to Morpeth, Mickleover opened their Northern Premier League points account with a 2-1 win over Witton Albion.

There were four changes in the Mickleover line-up, with Phil Watt back in the centre of the defence for Pablo Mils, Ben Gowing in for Aman Verma, still nursing a calf injury, a first start for Jordan Walshaw, in for Paddy Webb and George Milner for Declan Bacon.

There was a chance for Sports within minutes of the kick off, when Milner broke through, but his effort was too close to keeper Chris Renshaw.

Throughout the night there seemed to be an excessive number of free kicks and after six minutes Witton’s first attempt prompted a goal area scramble with the resultant shot over the bar, with Hawkins untroubled. 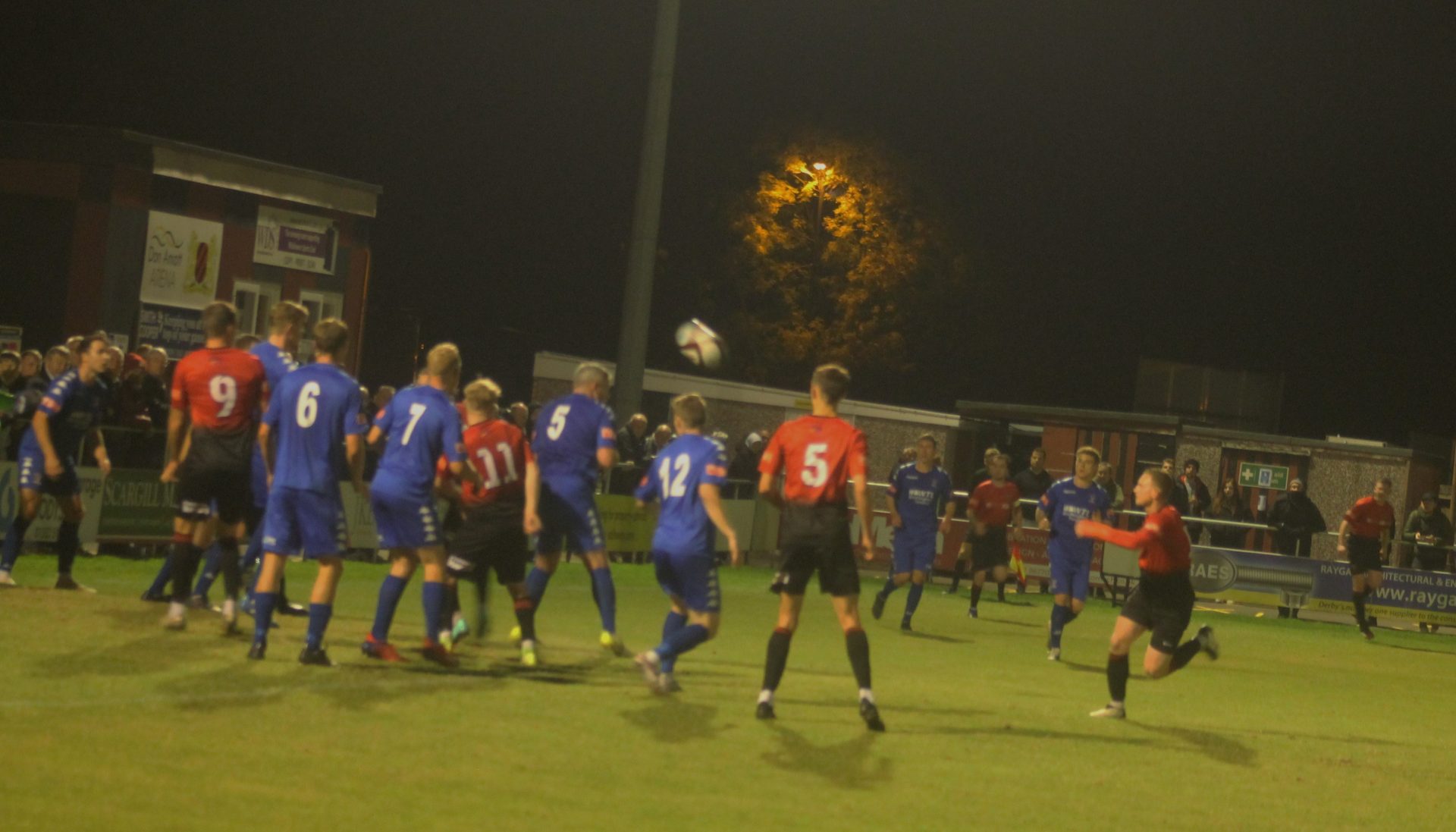 But then it was Mickleover’s turn after Milner was pushed, before a succession of further kicks for Witton proved fruitless for the visitors, with Hawkins looking a safe pair of hands.

Wright was in the book after a challenge just inside the Witton half, before some nice interplay between Bennett and Walshaw ran out for a goal kick.

Witton’s first real attack from general play came after 14 minutes, when Isaac Baldwin had a good run down the left , but his cross was cut out by Hawkins.

A few minutes later Warren lobbed the ball into the area, leaving Renshaw at full stretch to collect, as Walshaw and Beavon closed in.

It was still a fairly scrappy game but Witton had another chance when Tom Owens shot just over from a well-timed cross after 20 minutes.

Warren put a free kick into the box eight minutes later for Mickleover, causing another goalmouth scramble before Witton cleared.

Two more free kicks for Witton failed to trouble the Sports defence, as Butler and Watt had control of the area, ably supported by keeper Hawkins.

On 36 minutes the deadlock was broken, after Witton’s midfield lost possession and Beavon intercepted. His initial shot was blocked but not cleared, leaving Milner to hammer home his first goal in Sports colours. 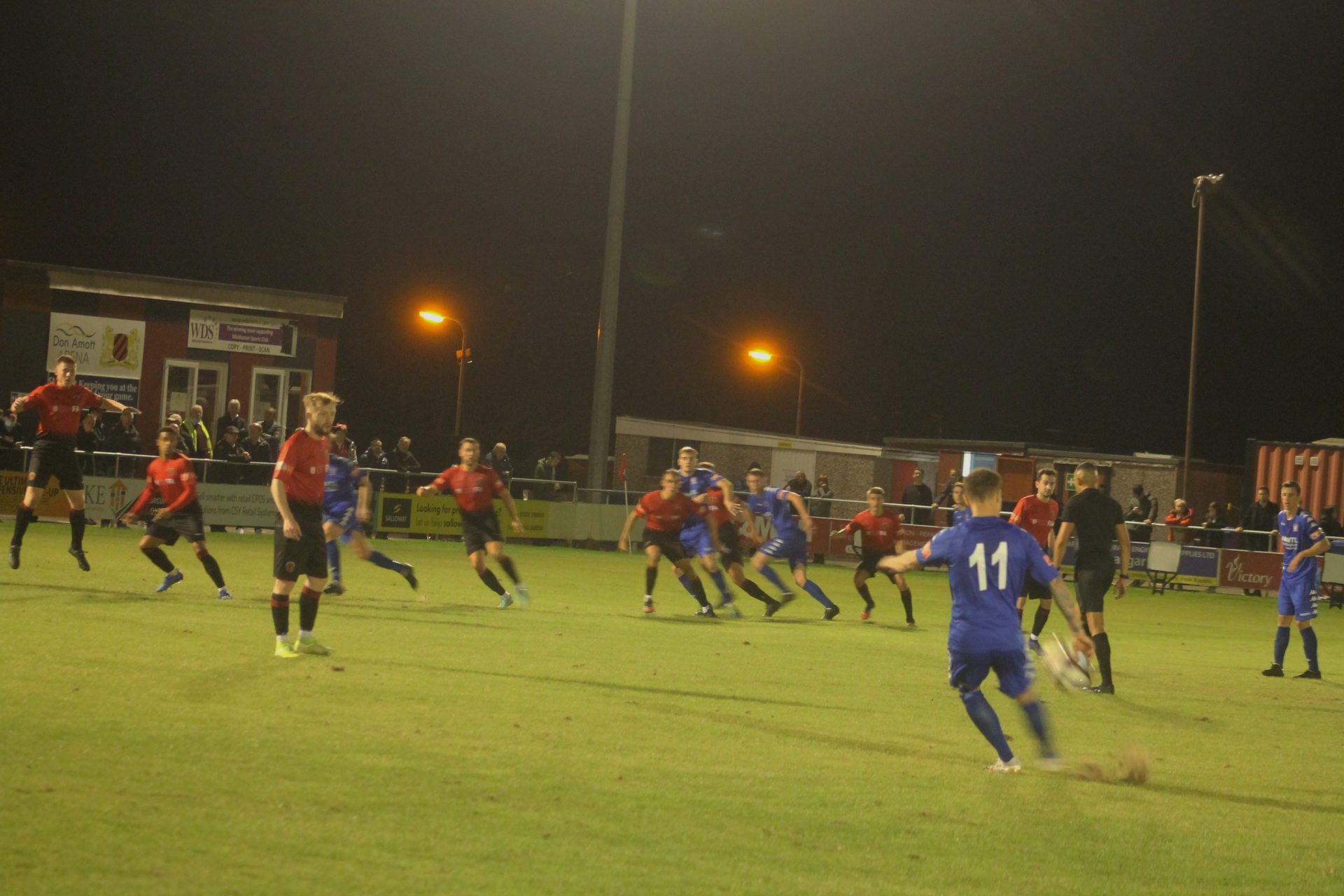 Only a minute later Witton were given yet another free kick after Watt had made a perfectly good tackle. Will Booth took the kick straight at Hawkins, who held onto it tightly.

Witton pushed hard to try and get the equaliser in the closing minutes of the first half. Baldwin again overlapped well and placed his shot high to Hawkins right, but it was comfortably saved.

There were no changes in the line-up for the second half and again Sports started with pace and determination. A free kick on the right was perfection placed by Wright, just inches short of a connection for Walshaw.

Bennett and Morris were both active on the overlaps for Sports and Bennett dove a low cross into the box, but it went uncollected.

Despite a couple more free kicks, Witton didn’t seem to take any advantage from them, but just after the hour it could have been a second for Mickleover, after a well drilled move from the back linked by Wright and Beavon, saw Walshaw hit the post.

Walshaw was again in the thick of it, when a Milner cross was followed up with a weak shot into the keepers hands. 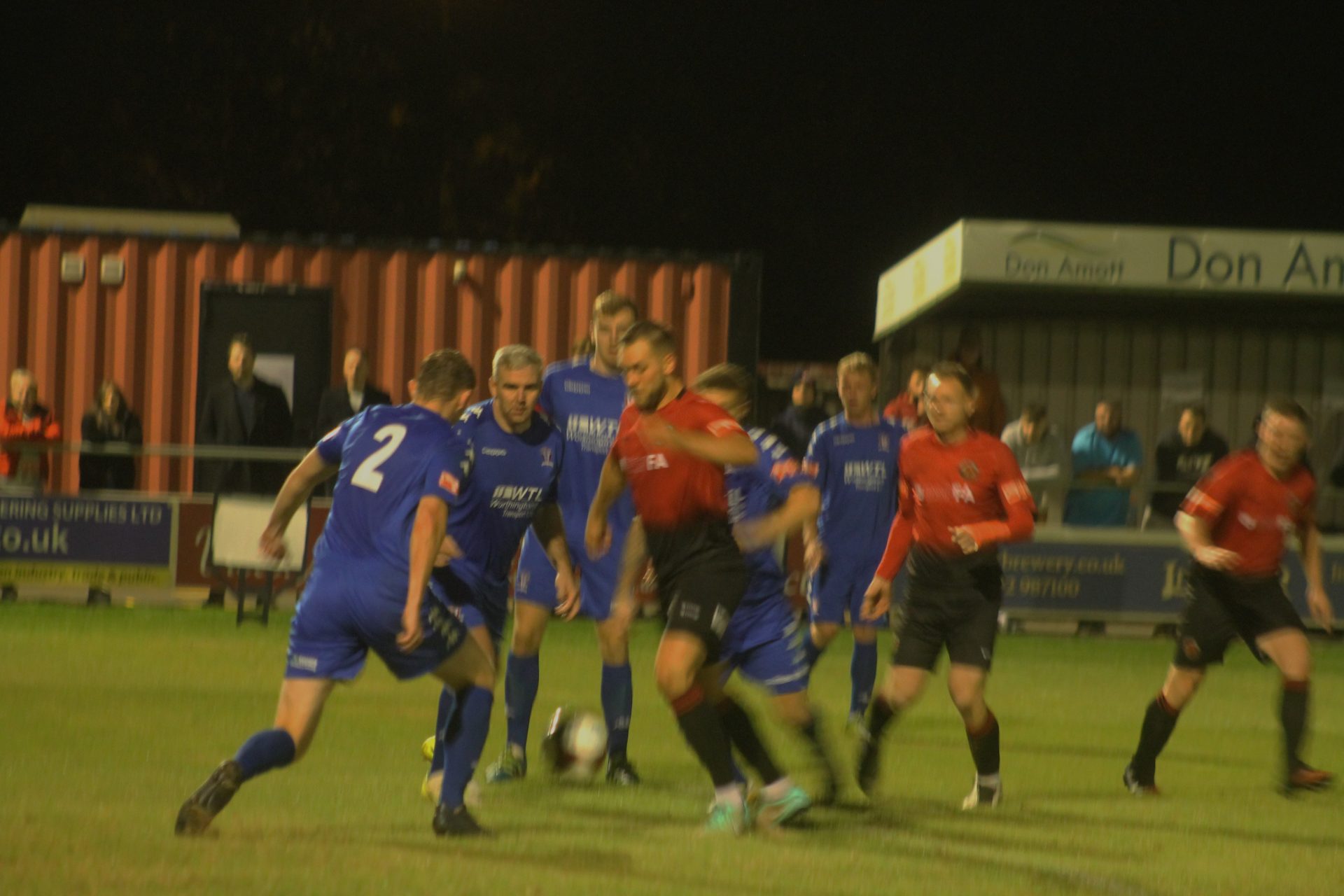 Witton made their first substation when Steve Tames came on for Will Jones, but it was still Mickleover looking the most threatening. Beavon shot just over from a Warren corner after 70 minutes, just before Witton replaced Booth with Josh Gregory.

Billy Smart tried a shot for Witton, but failed to trouble Hawkins, before Milner went close for Mickleover from a Morris cross.

Witton made their third substitution bringing on Leon Johnson, as they tried up their pace, still looking for the equaliser. 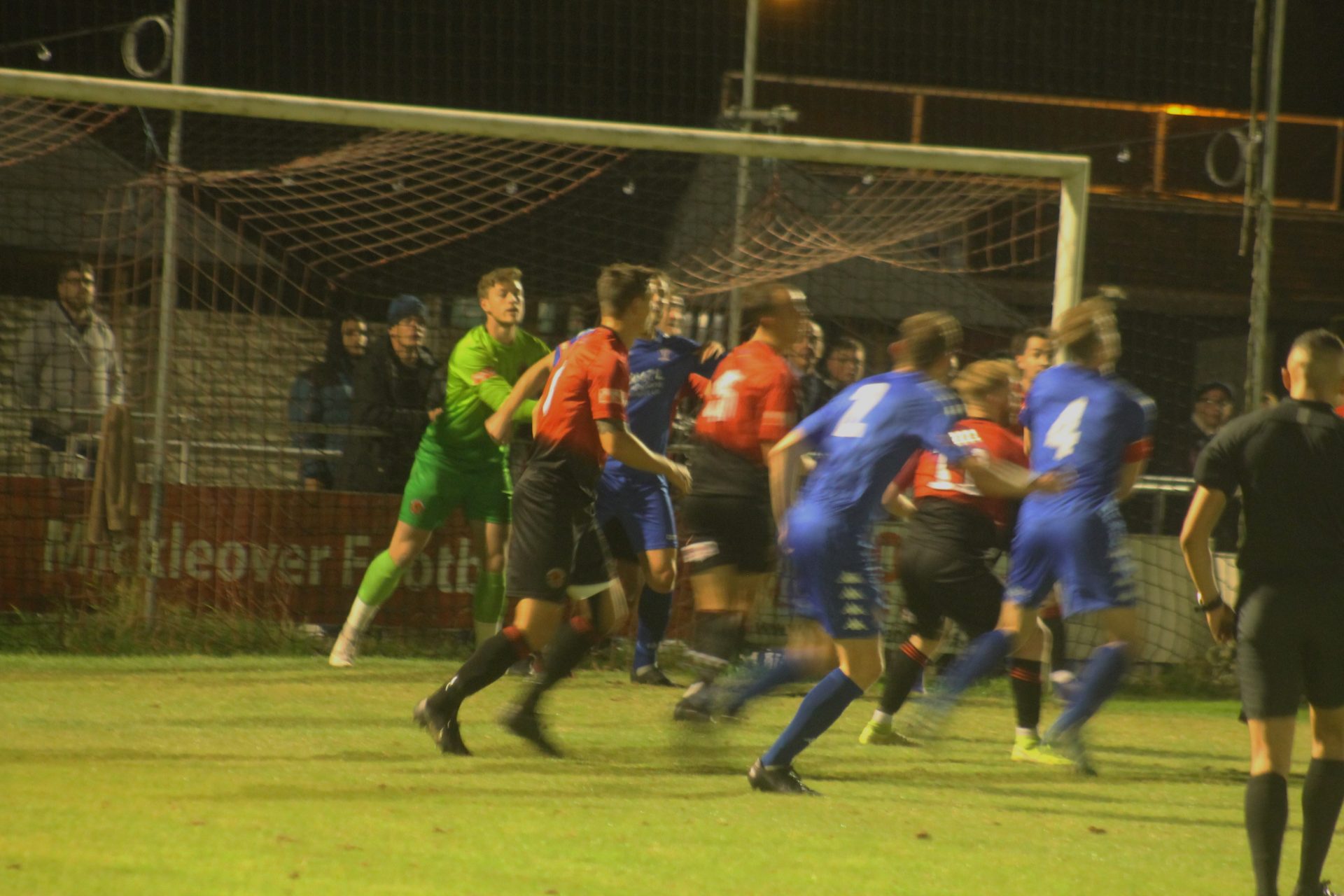 After a fairly quiet night Scott Bakkor had a shot wide on 80 minutes, before Mickleover replaced Milner with Satchwell and Walshaw with Webb.

With three minutes of normal time on the clock there was a loose ball just outside the box. Wright picked it up and smashed it into the Witton net for 2-0.

As Sports tried to play the possession game to soak up the final minutes, Witton managed to break clear and Smart hit a well-timed shot on the volley, looping it over Hawkins to make it 2-1 in the 89th minute, with the full-time whistle soon following.

Milner tenacity was probably the highlight of Mickleover’s performance, along with Hawkins rock steady performance in goal.

Walshaw looked dangerous on occasions, but just needed to sharpen up on his first touch, while the reliability of a more solid looking defence and the midfield drive from Warren, Gowing and Wright, kept Beavon well supplied, not forgetting the striker was playing with a broken wrist.