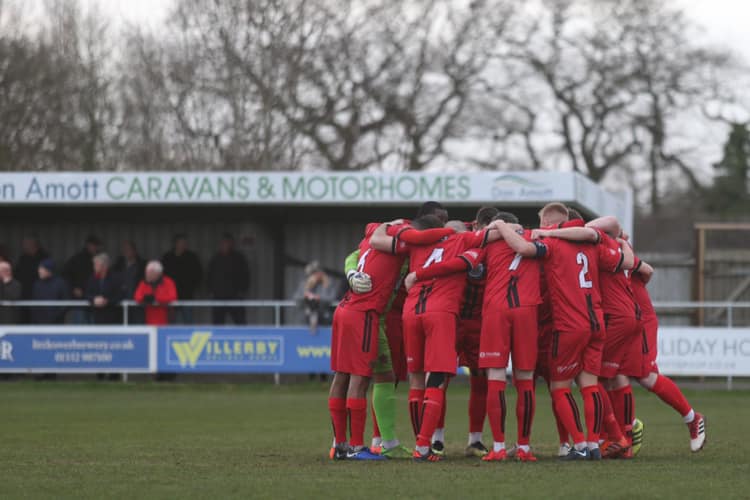 Mickleover Sports will be looking to make it a hatrick of home league victories on Saturday as they take on Manchester based side Stalybridge Celtic in the reverse fixture of the opening game of the season. A lot has changed for both teams since that 0-0 draw back on the 18th August but Celtic are in a much healthier position of 11th than Sports 17th, so this will certainly be the toughest game of the recent opponents at The Don Amott Arena. However with the renewed confidence Sports have picked up after two home victories in a row John McGrath’s side will be feeling optimistic they can grab another positive result to move further away from danger with a tough away fixture at relegation rivals Lancaster City to come next weekend.

LAST TIME OUT
Stalybridge Celtic did Sports a favor in their last game on New Years Day as they came from behind to beat Workington 2-1 away from home. A Bradley Carroll goal for the Reds was cancelled out by two Andrew Scott goals either side of the break. Sports last game came of course on the same day at home to Stafford Rangers where they came from 2-0 down at half time thanks to two goals from Shaquille McDonald and a Nathan Jarman Penalty to win 3-2.

SPORTS TEAM NEWS
Our four Czech Republic players are away but will hopefully be back soon, Evan Garnett still remains a doubt but has been back in training so hopefully won’t be out for too much longer. Callum Hawkins is expected to remain in goal in the absence of Lewis King due to injury. Everyone else is presumed fit and available for selection.

GOING TO THE GAME?
The game is a 3pm Kick Off at the Don Amott Arena on Station Road, Mickleover, DE3 9FB with Admission Prices set at £10 Adults, £7 Concessions and £2 for Under 16’s. However for this game only Kids are FREE with their parents/guardians only having to pay £1 each to come and watch the game! Burton Albion Season Ticket Holders not making the trip to Rochdale, Nottingham Forest Season Ticket Holders not going to Chelsea and Leicester City Season Ticket Holders are being encouraged to come along to support their local non league side with reduced admission of £7. The bar and snack van will be open as usual serving hot and cold drinks and food before during and after the match. Your new look Sports Report Match day Programme will also be on sale at the turnstile for only £2! This features the thoughts of Chairman Don Amott and Manager John McGrath plus all your usual content. Due to printing deadlines this is a bumper two game special programme to go with our game with Stafford Rangers on New Years Day.