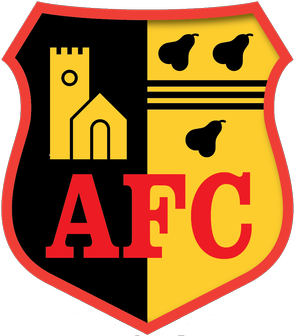 Formed in 1929 Alvechurch FC have had a long history of success and only just missed out on promotion last season, finishing fifth in the SPL Central before losing out in the play-offs.

Manager Ian Long is in his second spell at the club, leaving after an original four-year spell to join Stourbridge, before returning to Lye Meadow in February 2020.

Long had also managed Tividale and during his playing career was at Willenhall, Blakenall, Oldbury Utd and Rushall Olympic.

They have a grass pitch and a current capacity of 3,000.

It would be expected that they will trying to retain the core of their 21/22 squad, but as yet no official player details have been announced.

Barwell FC are still in their infancy compared with most of the other clubs, only forming in 1992. They were NPL Division One South Champions in 2010/11, but had a difficult 21/22 finishing 19th and only just avoiding relegation.

They changed managers in May when Ian King took charge. He was a former Aston Villa and Stoke youth player, who also played for Nuneaton and VS Rugby among a number of teams in a varied career, which also took him to Australia.

He has managed Worcester City and Daventry, been assistant at Bromsgrove and was youth coach at Birmingham City.

Their UK Flooring Direct Kirkby Road Stadium has a 3G pitch and a capacity of 2,300.

Although like many they have yet to announce their squad for this year, they kick off their pre-season campaign on Saturday away to Sutton Coldfield Town.

Rushall Olympic are another team who made the play-offs last season after finishing fourth. Formed in 1951 their 3G pitch at Dales Lane is more familiar to some of the Sports squad, as the Academy won their ESPFA Regional and National titles there a couple of years ago.

It currently holds 1,990 is one of the closer grounds for us to visit.

Manager Ian McDonald has been busy in the transfer market, having recently signed midfielder Sam Mantom from Hemel Hempstead. He joined West Bromwich Albion as a youngster from Walsall’s academy and spent a number of years at the Hawthorns, before a spell in Iceland and returning to Walsall as club skipper.

He was previously at Rushall in 20/21 and was also an England Under 17’s player.

Former Wolves junior defender Keith Lowe has over 200 league appearances under his belt and has arrived from Kidderminster after playing in last years National League Play-offs,

Midfielder Alex Fletcher came from Shrewsbury Academy and has been signed from Stafford Rangers, while McDonald has also secured the services of two experienced goalkeepers.

Jon Flatt has re-signed after joining the club from Scunthorpe in August 2019 and is an ex Wolves Junior, while Andy Wycherley is a new arrival from Halesowen. He was recently at Nantwich too, having started out at The News Saints in Wales.
They began their pre-season build with an away game at Dudley Town on July 9th.