Sitting top of the NPL but a month without a game, Mickleover FC headed to Hitchin Town for last night’s FA Trophy, with high hopes of further progression in the competition.

Mickleover started brightly and won a corner in the opening minute, before an Agustien cross found Beavon in the box five minutes later.

Agustien and Wright then worked together, which ended with the ball crossing the face of the Hitchin goal with no one to connect.

Although Hitchin won an 11th minute corner, it was still Mickleover on top and when Verma was fouled in the centre circle, Warren almost found his way through the hosts defence. 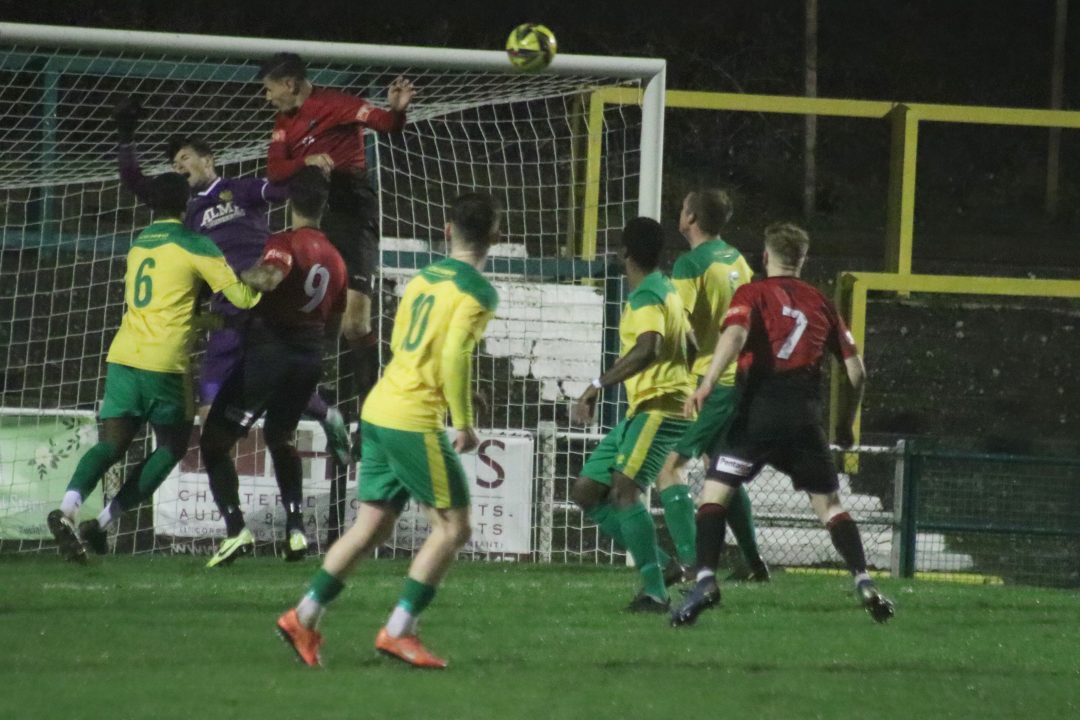 Hitchin were awarded a free kick after 16 minutes, but wasn’t clear what for, but it was easily dealt with by the Mickleover defence.

Although Hitchin were starting to get into the game more, Mickleover were still on top and on the 20 minute mark Beavon’s attempt was just wide from a Verma cross.

Agustien followed up with a shot that earned another corner and seven minutes later Beavon shot just wide of the left hand post, after Wright had crossed from the left.

Just after Hitchin’s Luke Brown had a point blank shot saved by Hawkins, he was on hand to open the scoring against the run of play, in the 25th minute, after a free kick from Ben Walster on the halfway, found captain Dan Webb, whose flick was headed home by Brown 0-1.

Hitchin went close again a couple of minutes later, firing just wide, before Wright made a customary charge upfield and earned another corner for Mickleover.

Now pushing for an equaliser, Butler sent Bennett on an overlapping run and his cross earned another corner, before Wright picked up a Beavon cross on 38 minutes, only for his attempt to be blocked.

Although Mickleover had fought their way back into the game, Hitchin’s Callum Stead continued to threaten on his runs on the defence and beat Butler on his right, before his shot was saved. 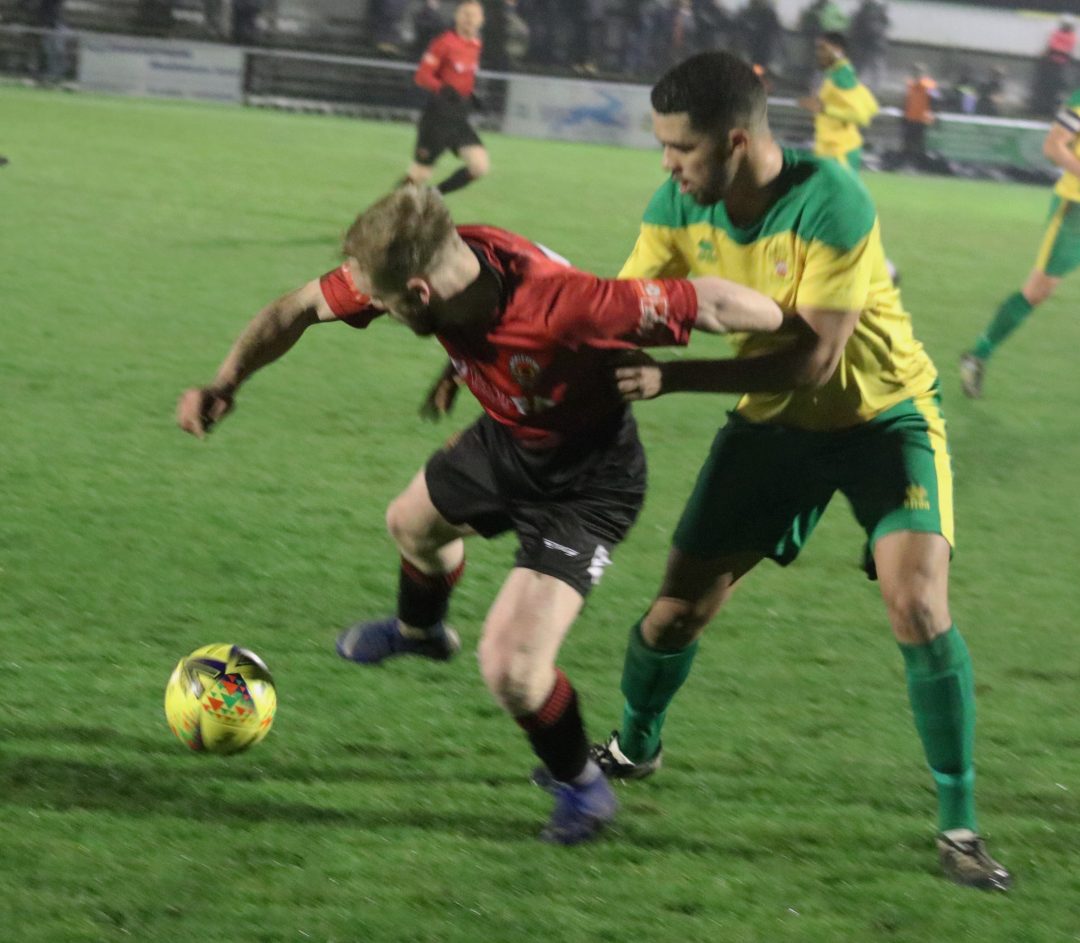 As half time approached Beavon got a cross in from the left to Milner, but again his shot was blocked, but Agustien then went close with a blistering shot through a crowed goal area, well saved by Hitchin keeper Charlie Horlock.

Hawkins had to make another save from Stead and Verma’s attempt at the other end was easily taken by Horlock.

But with time added on an attempt from Layne Eadie was cleared off the line, but when Stead had the legs of Butler again on the left, Brown was in the middle to make it 0-2 with his second goal of the game.

It was a disappointing second 20 minutes for Mickleover, who lost their flow and desperately seemed to missing a target man up front.

The defence were allowing Stead and Brown to outrun them and going in two goals down had paid the consequences.

There had oddly been early signs of time wasting by the hosts, which the referee failed to pick up on, keeper Horlock being particularly guilty, re-siting free-kicks etc  on a number of occasions.

Mickleover again started the second half on the attack, with Wright crossing the face of the goal again, with no one there to receive, as both Verma and Beavon failed to connect.

Beavon then showed some of his trickery until his legs were taken beneath him, his word in the referee’s ear then earned him a yellow card in another strange decision. 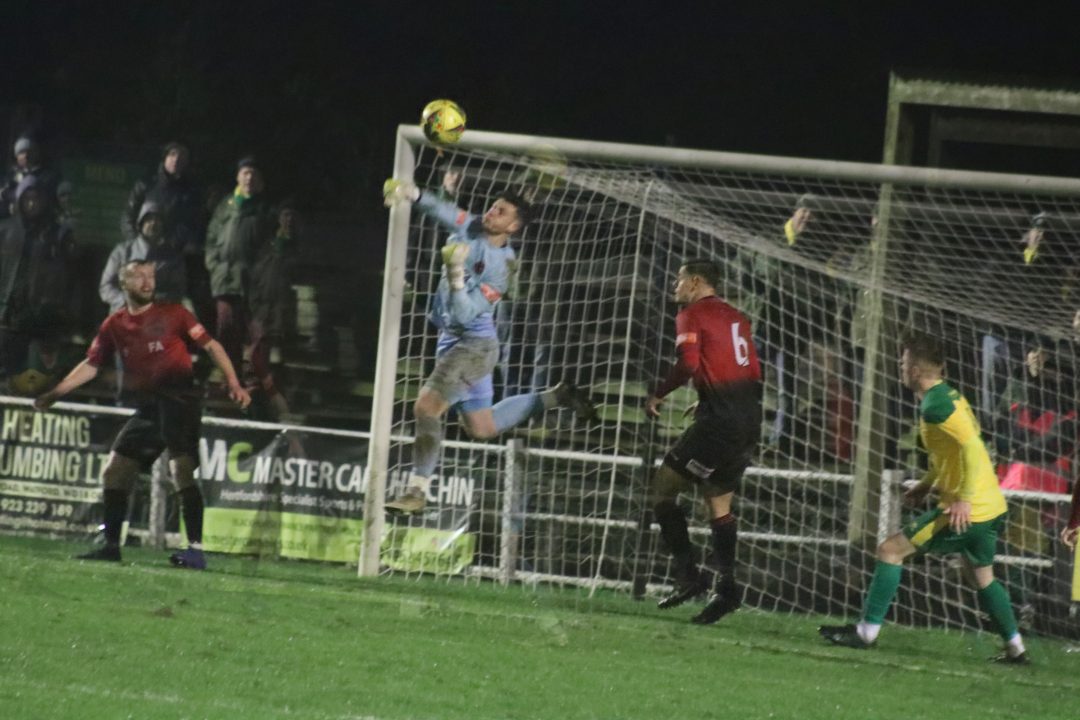 With temperatures already very low the rain got heavier too, but the natural flow of the Mickleover side just wasn’t happening despite the efforts of all concerned.

Agustien had a curling free kick saved and just after the hour Morris put a cross in which Butler headed just wide.

The time wasting was worsening as Hitchin were taking an average of 40-50 seconds to take a free-kick, with no action from the referee except to reprimand Mickleover players who brought it to his attention.

Brown went close again after 68 minutes, but only had to wait another four minutes for his hattrick. Stead was again free to run at the defence, who stood off him, before Brown was able to pick his spot giving Hawkins no chance 0-3.

Milner and Wright had both run themselves into the ground but to no avail and despite brining on Gowing, Mills and Battisson for Agustien, Milner and Warren, it remained 0-3 with Mickleover going out of their second cup competition with visits to Hertfordshire.