Most of the Mickleover first team squad were in action last night, for the penultimate pre-season friendly at Loughborough Dynamo.

Mickleover had an early chance when Lee cleared from the defence to find Beavon, whose sent Dales on a run with his first shot saved.

The attacks seem to come fairly quickly in succession, after Bennett’s eighth minute overlap, sent a telling ball into the box, for Bacon to try a spectacular miscue, before his rebound was saved.

Three minutes later it was Dales for Beavon, before the final shot brought a diving save from the Dynamo keeper.

As Bennett and Lewin relished the attacking opportunities from wing back, Lee, Battisson and Atwal kept the front three well supplied. But after 14 minutes another attack started with Hawkins in the Mickleover goal. His clearance had worked through almost half the team, before the final ball was just too long for Battisson.

Mickleover had more of the play and opened their goal account after 15 minutes, with Dales sending Beavon through, before Bacon was brought down in the box and scored from the penalty spot, 1-0.

There was another chance  only a couple of minutes later, when Atwal sent a long ball to Bennett. His cross allowed Beavon to set up Lee, whose weak shot failed to trouble the keeper.

Loughborough had few relatively few attacks, and a rare corner for the home side, was intercepted and set up another Mickleover attack. Beavon charged out and sent Dales on another run, before Bacon had a clear shot saved by the keeper again. 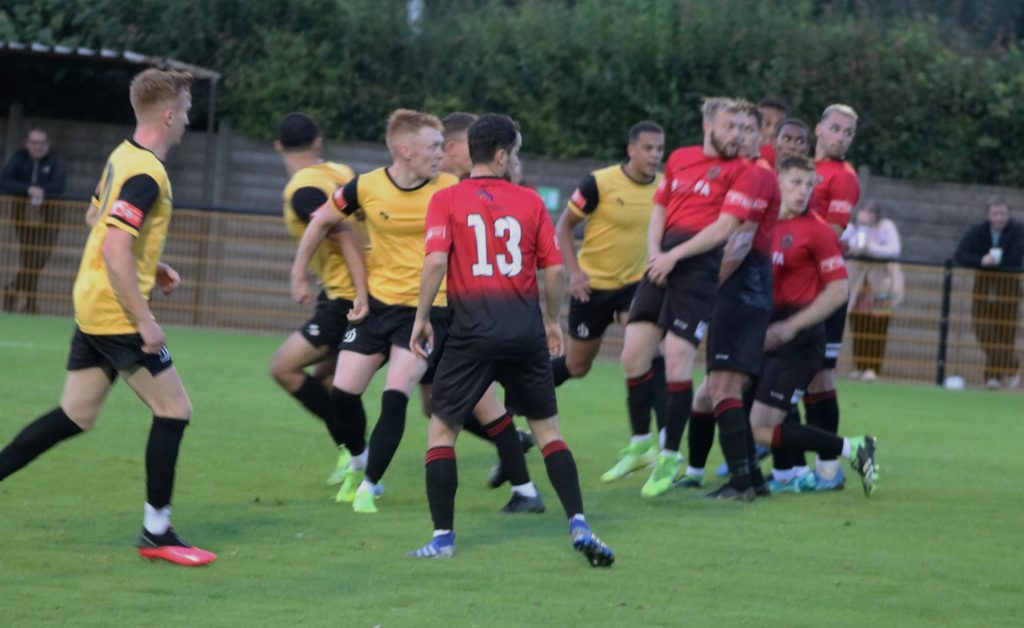 On the half hour Beavon made a lovely switch of play from the left, to find Bennett on the right stretching the home defence, but against the run of play it was suddenly 1-1 three minutes later. A long throw hadn’t been cleared by the Mickleover defence, and with Hawkins unsighted in a crowded box, he had little chance.

But Mickleover came back fighting, and a 36th minute attack from Beavon found Bennett again, before Battisson’s shot was straight at the keeper.

The closing minutes of the first half were more even, and Loughborough could have taken the lead, but Hawkins legs intervened .

Loughborough had a defender booked after a knee high challenge on Beavon, after the referee initially played on for Bennett’s shot to be blocked by a defender, before Dales had a positive run as the whistle was poised, leaping several tackles before the keeper collected his cross.

As the teams came out for the second half, Lewin, Battisson and Atwal had been replaced by Milner, Satchwell and Warren, shortly followed by Butler on for Watt. 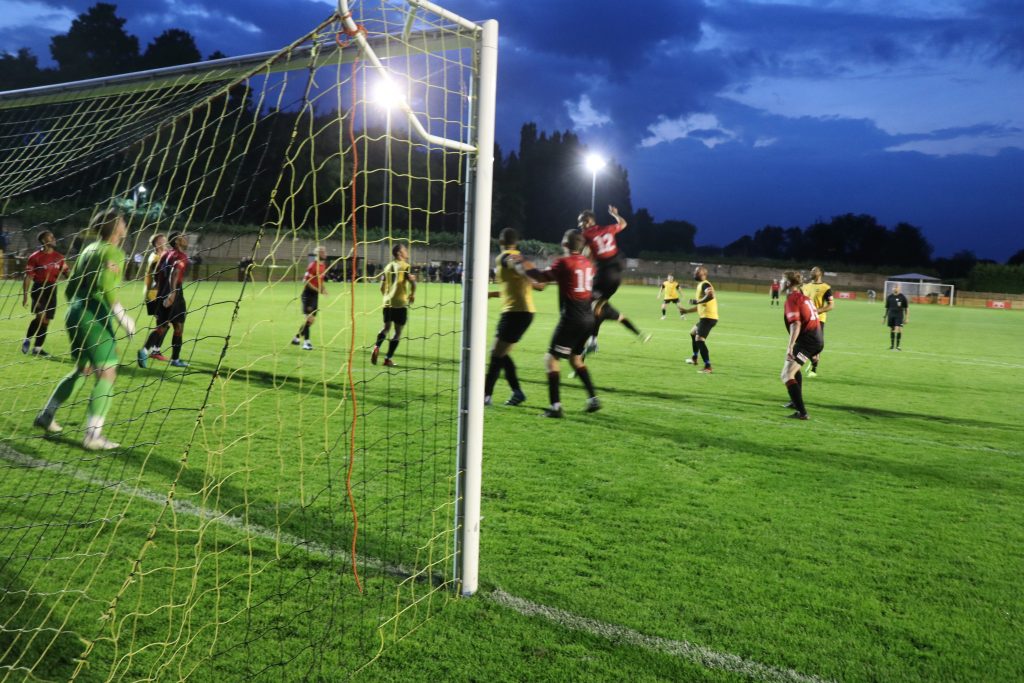 Mickleover were showing strong pace and Beavon headed just over from a Dales cross after 47 mins, before Dales fired one home in the left corner to make it 2-1

Hawkins then had to make a double save, the first from a free kick on the edge off the box and the second from the follow up before  Beavon then had a shot just wide after 61 mins.

But Loughborough started to have a few more attacks, which Butler easily dealt with, before Bennett charged through to make it 3-1 after 70 mins, beating the keeper on his near post.

Four minutes later Dales scored his second, with a precise chip over the advancing keeper, 4-1 and with Robinson now in defence for Bateman, the Mickleover defence continued to look solid.

Paddy Webb made it 5-1 after 80 mins, then had another chance which went high and wide, before the consolation of a second goal for the hosts a minute from time made the final score 5-2.