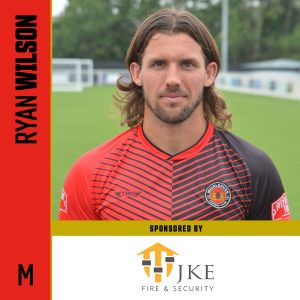 Son of former Rams player Kevin, Ryan is a left back or midfielder who started at Ilkeston Town. Having moved onto Gateshead for a year, he then returned to the Midlands for a two-year spell at Alfreton Town.

After moving onto Coalville for another season, he had a short spell at Matlock before joining Telford in September 2017. He then had a year out before signing for Basford, from where Mickleover brought him in for the start of this season.