Having been knocked out of the FA Cup by Nottinghamshire rivals Basford Utd, hopes of a revenge win and points to escape the NPL relegation area were high.

But sadly a second half goal in a fairly even game, resulted in all three points going back across the border.

After the initial sort out from kick off, Basford had a free kick after five minutes, followed by a corner, from where Terry Hawkridge smashed the ball against the post in a lucky escape for Sports.

Gradually Mickleover began to pick up the pace and Dales had his first shot blocked after nine minutes.

It continued fairly even, but 14 minutes in and some good interplay between Milner, Dales and Beavon, ended with a shot blocked for a corner.

Some good build ups followed over the next few minutes, with the danger finally headed away when Sports struggled to get the space for a final shot.

Both Bateman and Warren managed to get shots in eventually, before Ryan Wilson cleared further danger for another corner.

As Basford starting to come out too, there was another break but Beavon was just a few feet short of collecting the final ball.

Warren was the instigator again after 20 minutes, when his telling cross was taking away from Dales head by some brave Basford defending. 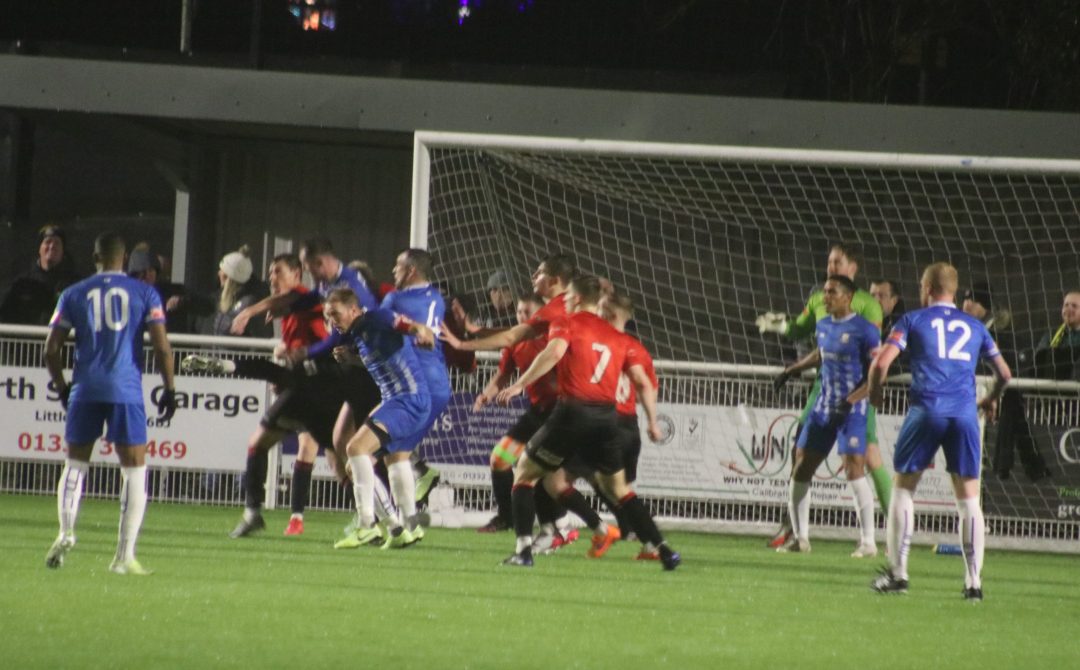 Basford tried a speculative lob just after the half hour mark, it was close but failed to trouble Hedge, Mickleover’s debutant keeper.

Both Dolan and Radcliffe began to attack more on the wings, with Watt and Mills looking fairly solid at the back.

Agustien was spraying the ball around in central midfield, but Milner was having a rather subdued game as Warren and Bateman tended to make the play.

Dolan put in a cross tight to the Basford goal, but it was comfortably taken by Jordan Pierrepoint, before Bradley Gascoigne cleared.

Bateman’s 38th minute cross was just short of Dales, before Dolan burst out of defence again to find Beavon, who twisted and turned but couldn’t create the space as his final shot was blocked.

But Basford were on the break too, but the cross from the left found no one to collect in the middle.

Milner finally managed to get a run with five minutes left in the first half. He was in full flight after collecting a loose ball, heading for goal, when Owen Betts tripped him and was yellow carded.

Warren picked the ball up again after the free kick and floated in a nicely weighted ball that almost caught out the visitors defence. 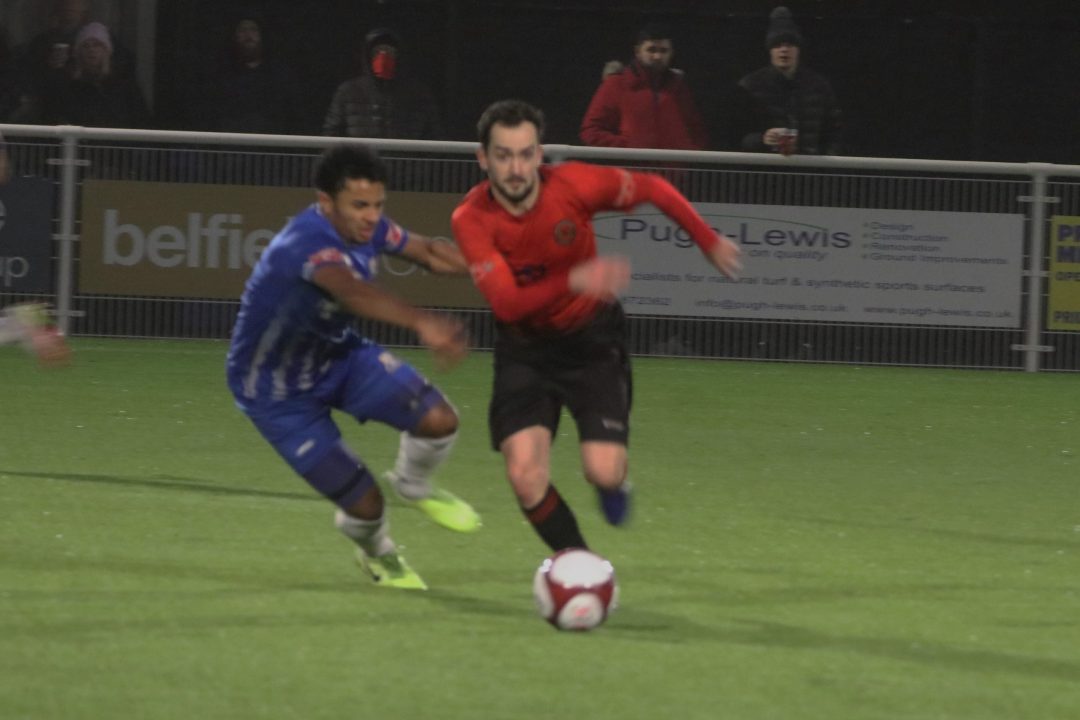 42 minutes gone and another free kick was taken by Agustien. Mickleover skipper Watt then dared to challenge keeper Pierrepoint. They both ended up on the ground, from where Pierrepoint pushed Watt down again before the referee intervened.

Watt then received a lecture for having the audacity to challenge the keeper, and a free kick was awarded, even though the keeper did not have control of the ball at the time of the challenge.

So it was still 0-0 at half time with relatively few true chances created by either side. Neither side elected to make immediate changes, but at the least the first half rain had relented.

Only two minutes into the second half and Mickleover went close to breaking the deadlock, when Warren saw the keeper off his line, before seeing his opportune lob bounce off the Basford bar.

Watt was then booked after catching Marcus Marshall, but it was still stalemate.

Warren managed to create some space again and fired his shot over as we passed the hour mark and Dales put a ball through for Beavon to chase. Both he and the defender stretched for ball, but Beavon took a knock to the face and was booked for dissent too.

Hedge was looking fairly confident in the Mickleover goal and was quick of his line to intercept a Basford attack after 67 minutes.

But only a minute a later Agustien wanted too much time on the ball and the following challenge resulted in a corner for the visitors.

As the ball came in Gascoigne was relatively unchallenged as he placed his header, wide of Hedge and just inside the far post 0-1.

Only three minutes later Basford sub Kieran Wells had a shot tipped over by Hedge and Betts put in a low drive, which Kane Richards could have collected.

75 minutes and Davidson-Miller came on for Warren, as Mickleover tried to strike for the hope of an equaliser.

Milner was on the end of another good ball from Doran, but there was no one to finish. As Milner the chased for another ball, the defender was already going before any challenge was made. 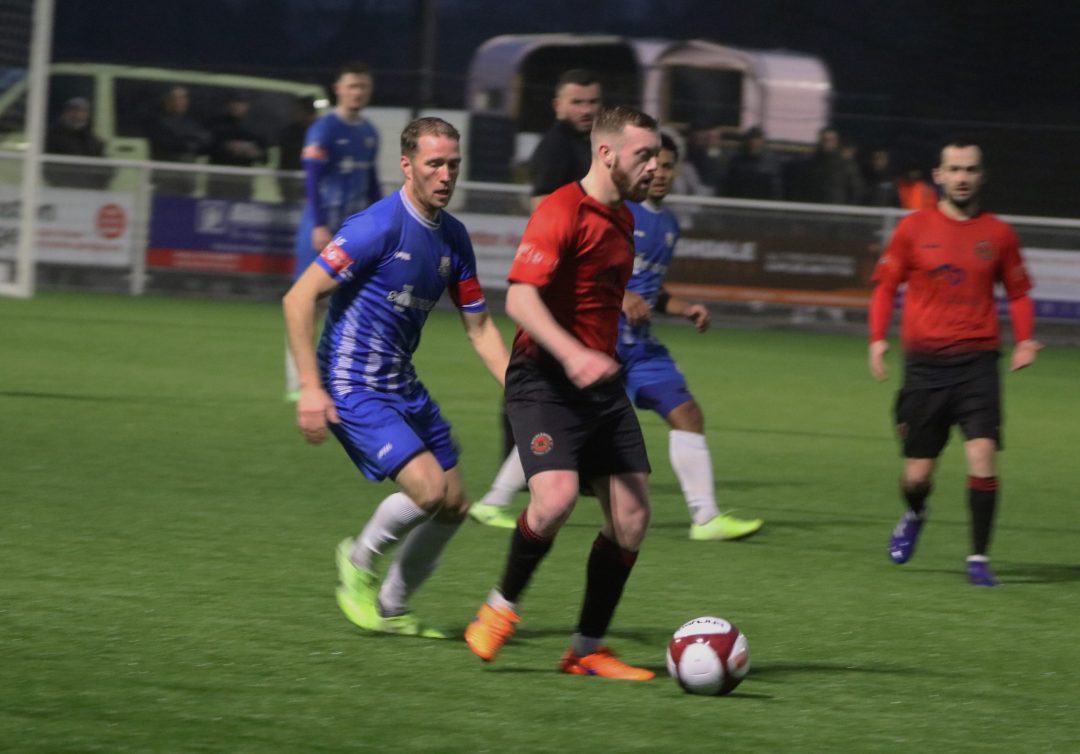 With the referee fooled by the gamesmanship, Milner was booked too for highlighting it!

Into the final 10 minutes and Dales almost got Davidson-Miller through, but it was just out of reach and then Wright came on for Dales as Mickleover’s second sub.

Beavon tried a shot from Bateman’s pass, but the keeper took it comfortably and Basford then broke again, with Hedge saving.

Two minutes of normal time were left and Wells split Mills and Watt but his effort was wide, before Radcliffe responded with a tentative shot well wide as time was running out for Mickleover.

Wright had the final effort in injury time, but his long range effort failed to trouble Pierrepoint and it remained 0-1 as the hunt for points continues unrewarded. 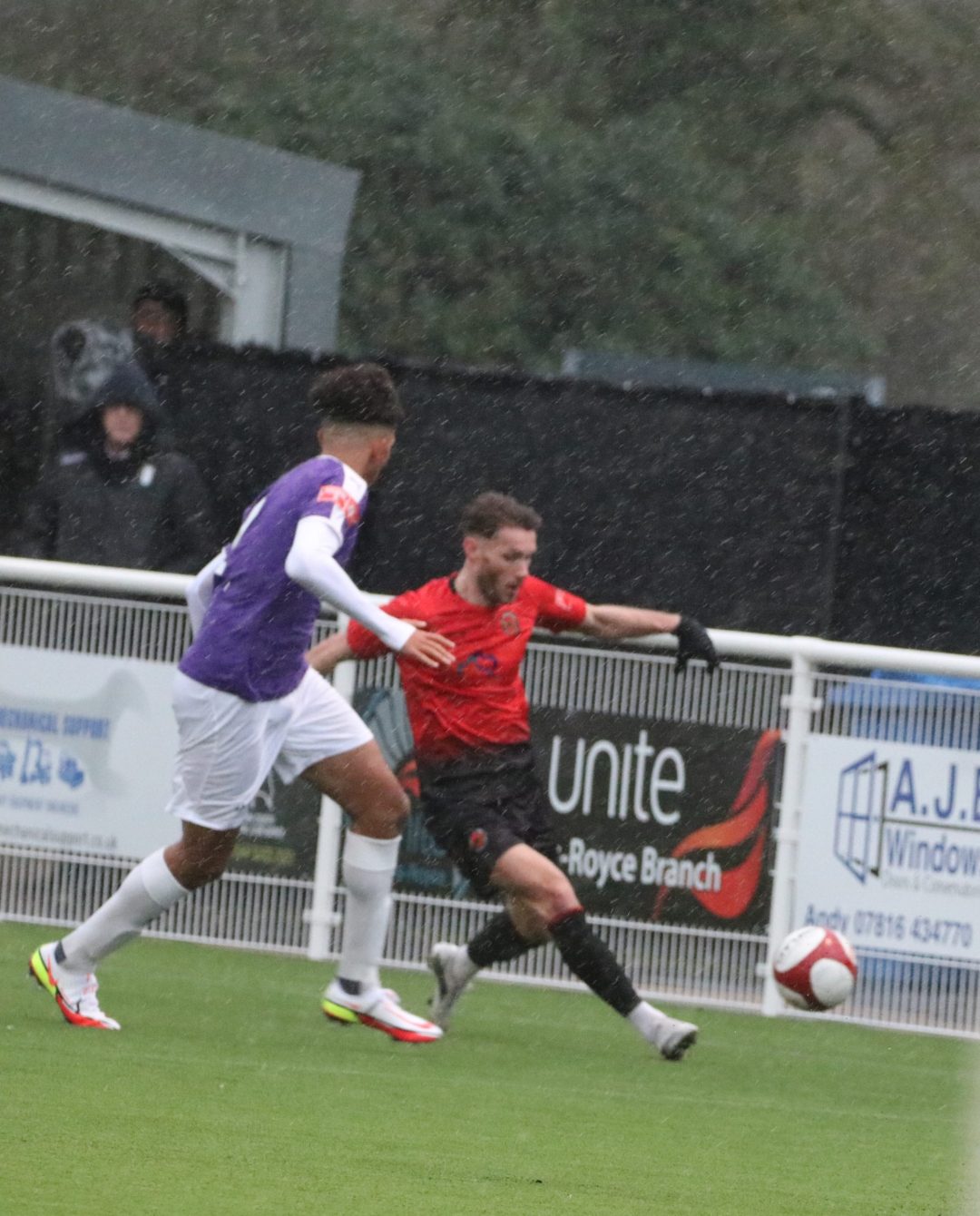 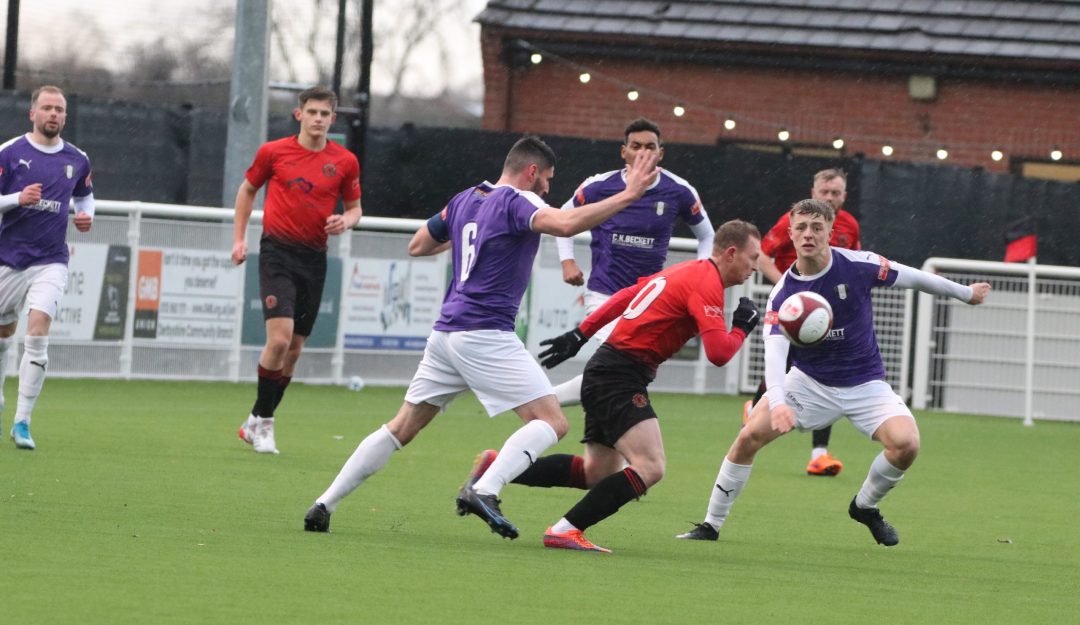 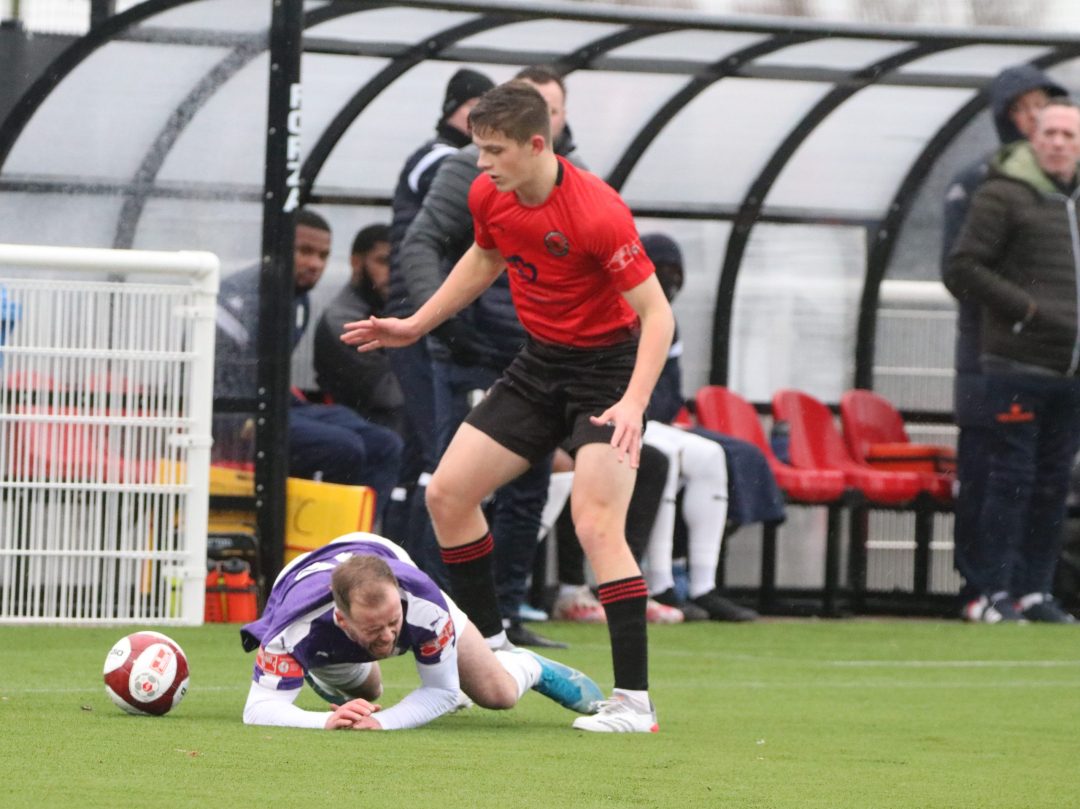 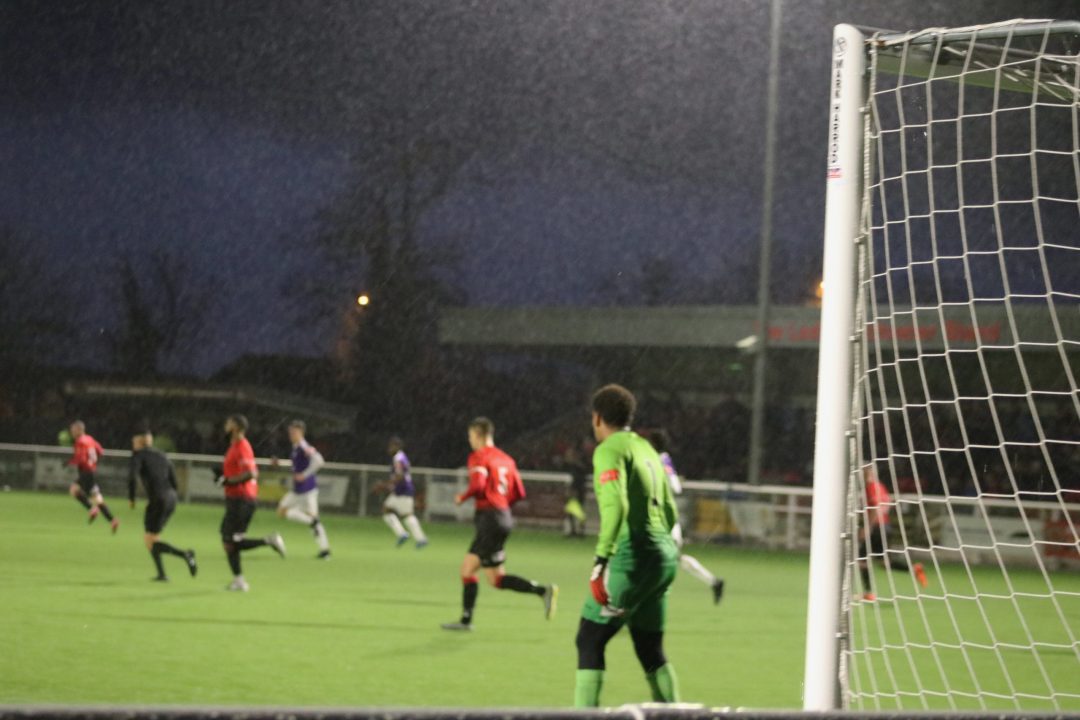