Mickleover FC started 2022 with probably their best performance of the season so far, doing the double over Hyde Utd with a dominant 4-1 victory.

Having beaten our hosts at home back in August, hopes of completing the double were top of the agenda.

Injuries and Covid forced more changes to the starting line-up, which including former skipper Jake Scott for the first time since his return to the club.

Right from the opening minute of the game Mickleover began to threaten the hosts goal, when Dales led an attack, which firstly had a Wright shot blocked, before Beavon’s follow up was saved by keeper Craig Ellison. 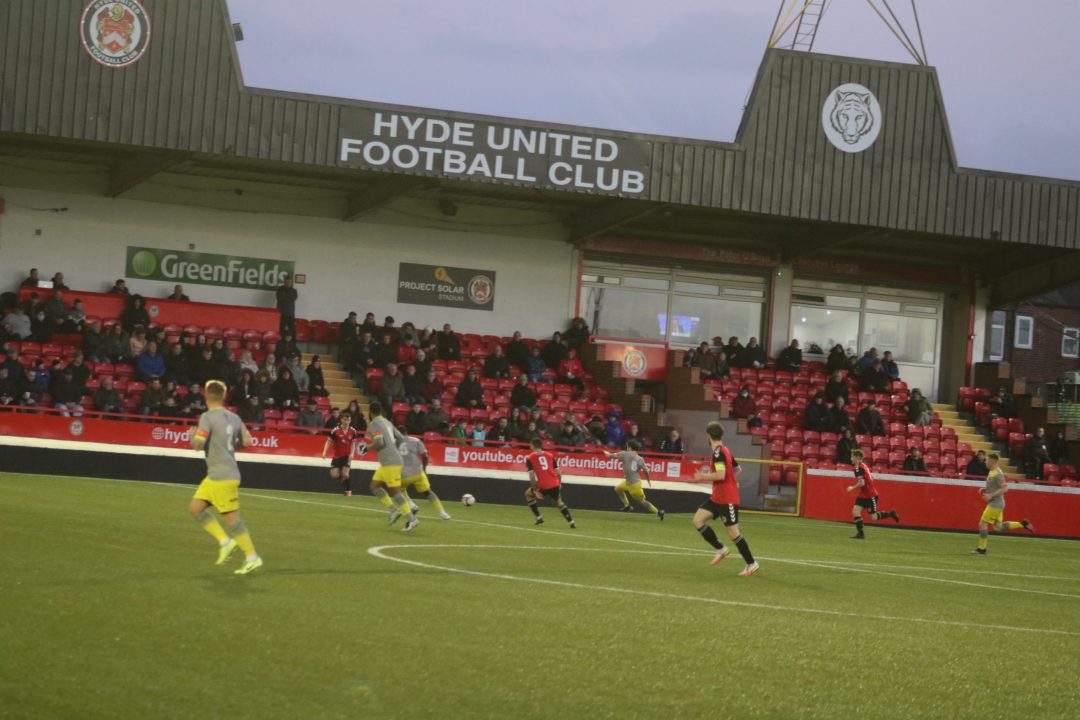 Only a minute later a second wave of attacking brought a corner too, followed by another Beavon effort.

As Hyde began to slowly break out Mills intercepted a shot from Fogerty, after a break from Prifti. Tongue then found space to get a shot in, comfortably taken by Mickleover keeper Hedge.

But as Mickleover began to push forward again, the hosts defence struggled to deal with the long ball, but it was 17 minutes in before the next shot, when Radcliffe tried a tentative long range shot just wide, after collecting a loose ball from a free kick.

With Mills and Watt looking solid at the back and Hedge’s constructive narrative, Mickleover’s midfield took charge more and more, with Warren, Radcliffe and Wright’s tenacity, combining well with Agustien’s time on the ball.

Wright led another charge after 19 minutes, ending with another shot from Radcliffe blocked, but Prifti led Hyde’s positive retaliation until it was comfortably dealt with by the defence again.

A rare mistake from Watt let the ball run to Ikpakwu, but his effort failed to trouble Hedge, but after 23 minutes it was 1-0, after a Warren free kick sought out Mills and Watt who had both come into the visitors box.  Mills got on the end of it in a crowded area, leaving Ellison beaten. 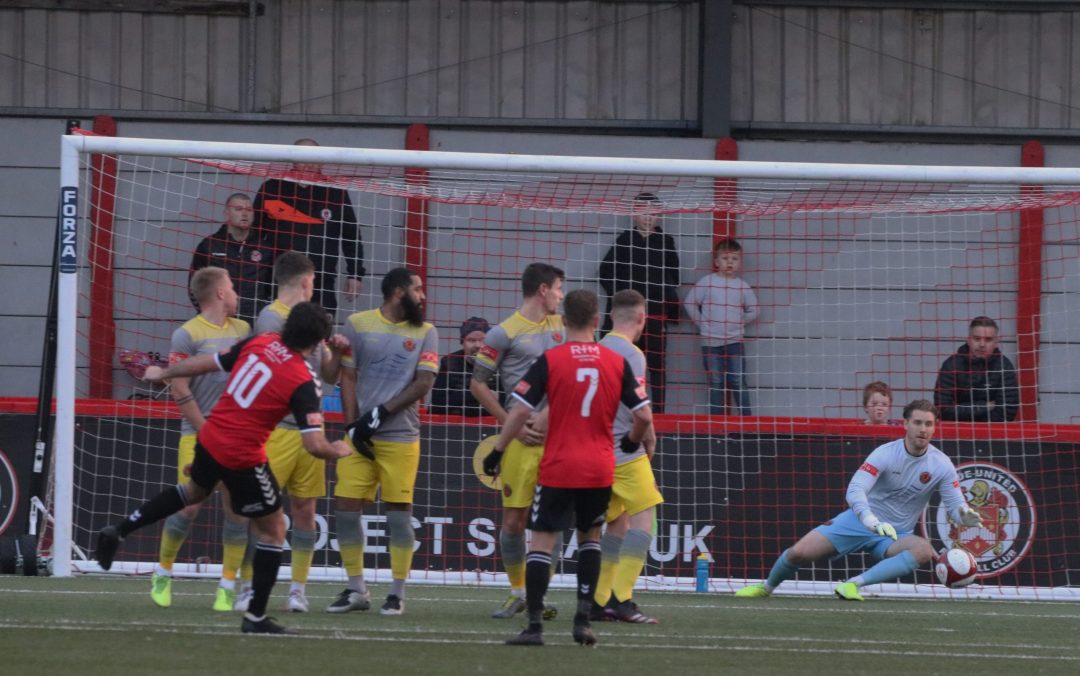 Almost from the restart Mickleover surged forward again to earn a corner. But with Ikpakwu down there was a halt in play, but from the drop ball Dolan flicked the ball in and Watt made it 2-0 with a diving header after 27 minutes.

Dales and Beavon continued to challenge the home defence. Beavon was then fouled just outside the box after 34 minutes, but Mills free kick was saved by Ellison.

Hyde won a free kick a couple of minutes later, but Tongue’s powerful and accurate shot was well held by Hedge.

Dales then went on one of his long runs, outstripping Roscoe, but his final shot was just over the bar.

Hyde had one more half chance before the half time whistle when Pratt and Prifti combined, before Dyche’s shot was blocked and Watt cleared the resulting corner.

It had been all Mickleover in the first half, and not surprisingly no changes were made for the second.

Only three minutes into the second half Beavon was sprinting down the right into the box, until he was pushed off the ball. After a brief consultation, the penalty was given and Warren smashed it home 3-0.

Hyde continued to try and push, but their attempts to use the wings lost out regularly to both Scott and Dolan and they had difficulty to find space for a clear shot. 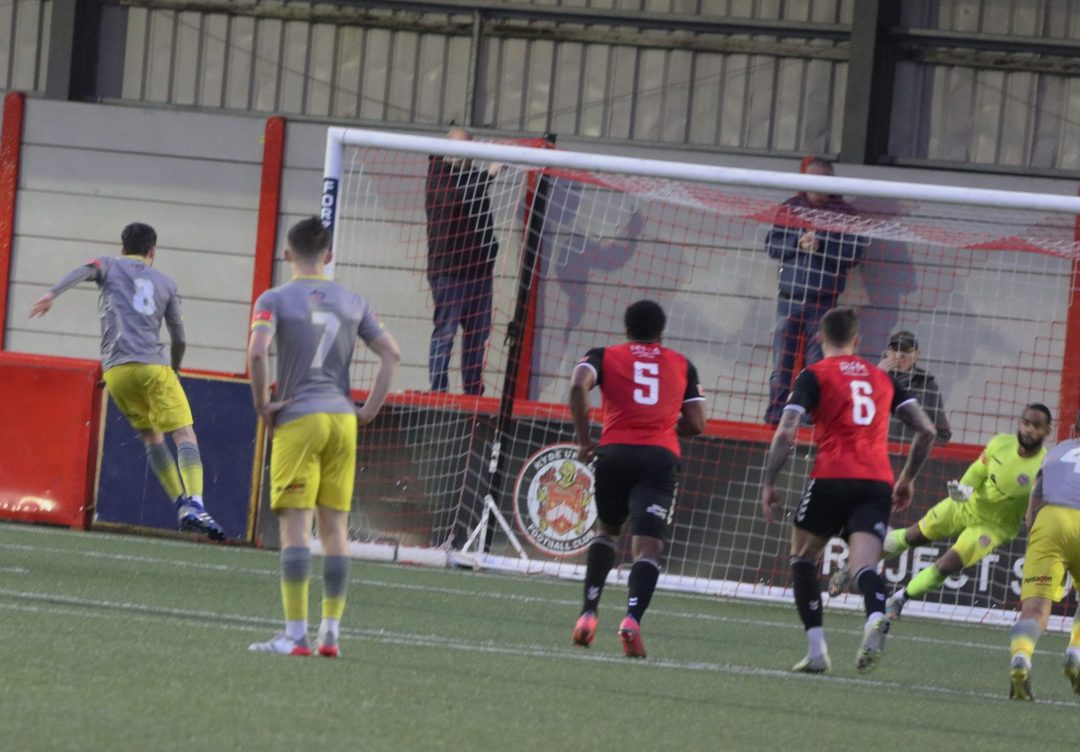 But after 56 minutes Tongue did find space but his cracking shot was well saved again by a diving Hedge, followed by a shot from Benns just off target.

Just over the hour and Battisson came on for Wright, but Hyde were still looking for that elusive goal.

They managed to earn a corner, after Watt had cleared, but as the ball bobbed around in the box, none of the Hyde players on the line could get a touch and the danger was cleared by Mills.

Battisson gave away a free kick, but as Watt challenged to clear, he was grounded and Roscoe connected with a diving header and made it 3-1.

Only two minutes later the lead gap was restored though, when a corner was floated in from Warren and Watt rose to make it 4-1 with his second on the game, after Ellison’s appeal for a foul came to nought. 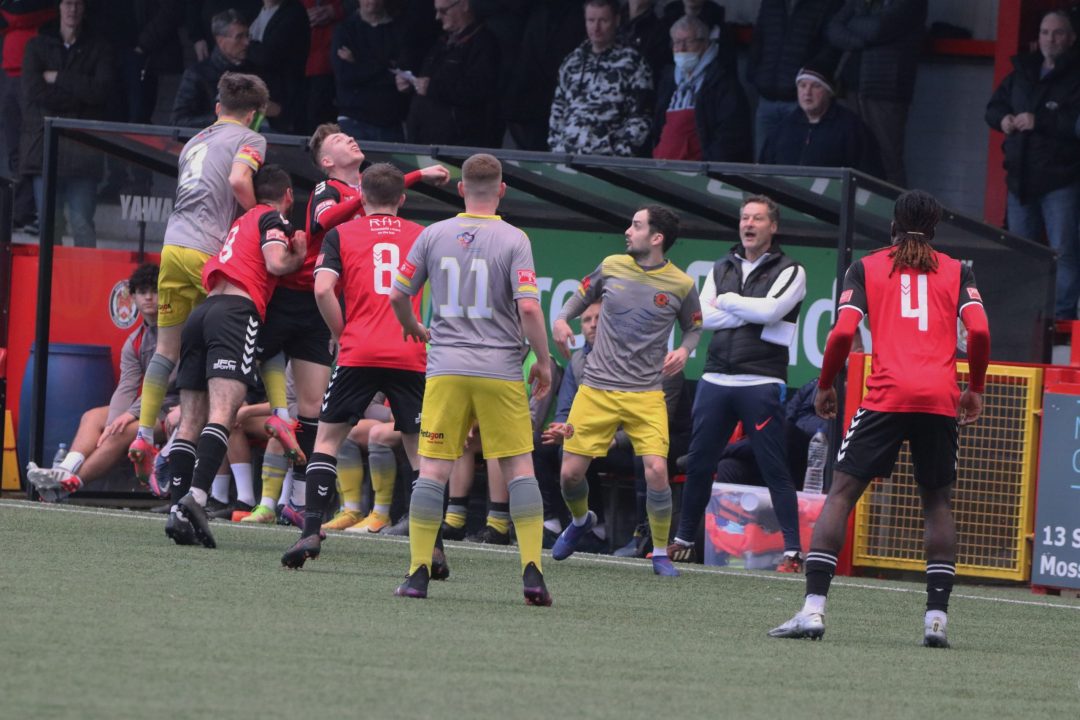 Lee then came on for Scott for the last 15 minutes, with Barker soon following for Dales.

Two of the subs worked well together, with Battisson’s trickery finding Barker, who shot wide, before the young striker had another shot with three minutes left.

Battisson then tried his luck but was just wide and so it remained 4-1, with a result and performance that the whole team could be proud of.

After the game we caught up with Skipper Phil Watt… 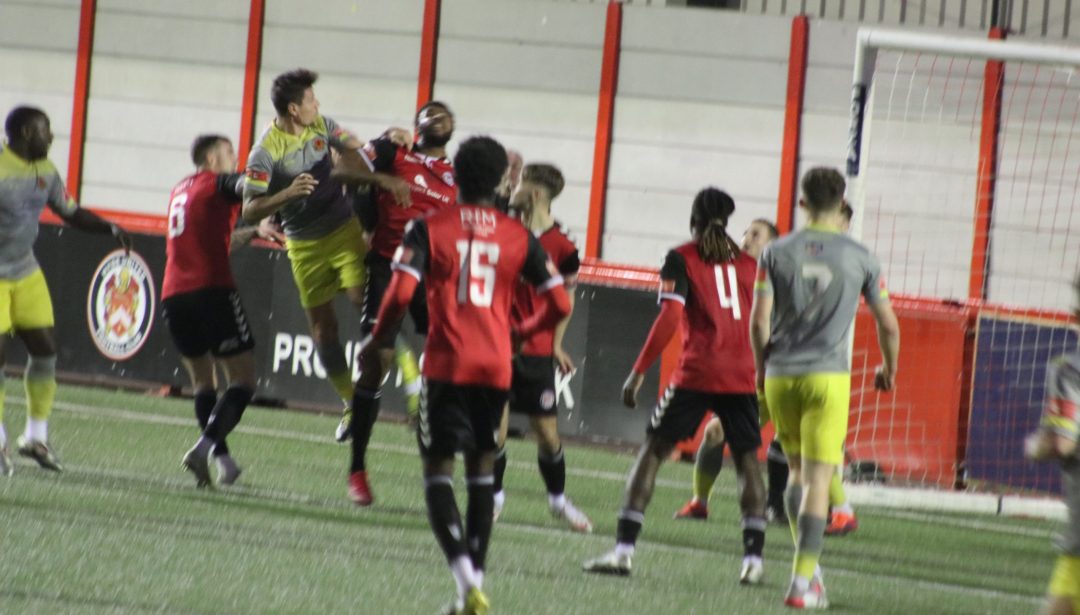 With centre back Phil Watt now established as the Mickleover skipper, he takes a look back at the weekends win at Hyde Utd, where he played a starring role at both ends of the field.

I have never headed so many balls in a game for ages, the performance just encouraged me to go forward.

He had scored goals before.

I scored a few last year but nothing this season until this match, but after the first one I got my head stood on, and for a minute thought I had broken my jaw. Today it just worked for me.

But it was the whole team performance that pleased him.

Yes it was a good all round team performance and everyone did their job. We had a great work rate and it just clicked. We knew we had the skills to do it, but this felt like the first game that we had played for the whole game and not made silly mistakes.

I felt so happy for the gaffer and the coaching staff too, as they work so hard to try and make it work for us,

Does he enjoy being club captain?

I just take it in my stride really, I am used to leading a team being a fitness trainer, so I just get on with it. 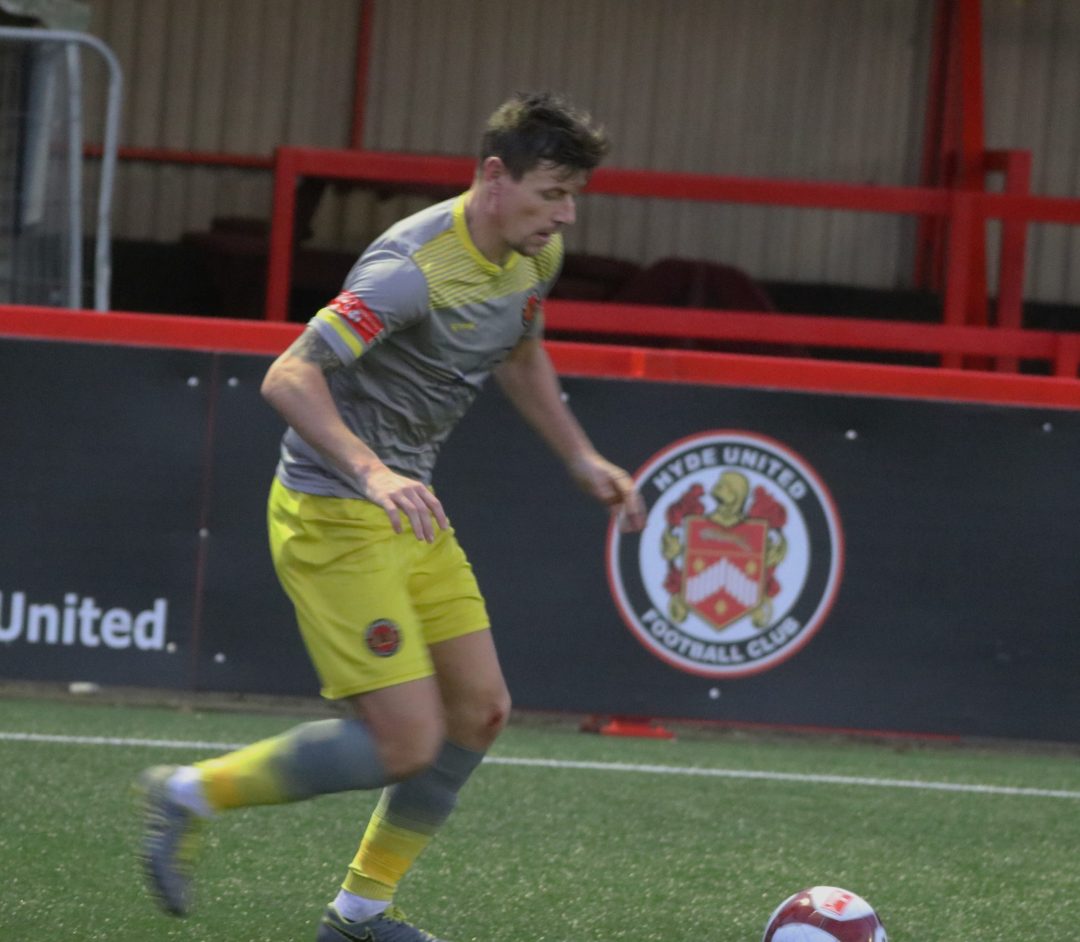