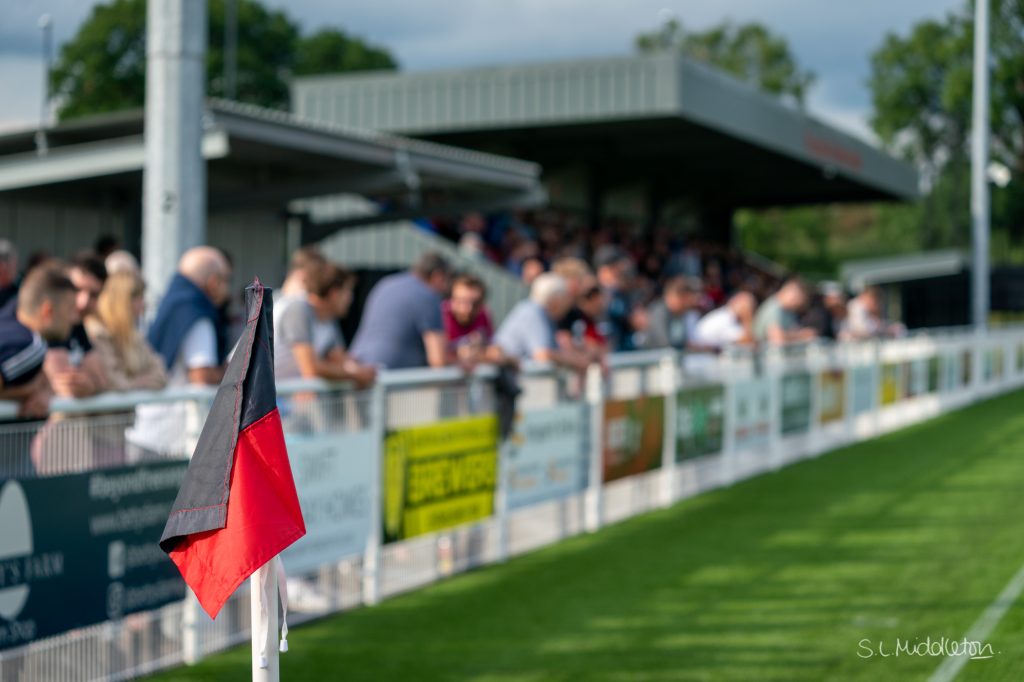 Success in the FA Trophy would hopefully boost Mickleover’s form in the NPL, but alas it was not to be, as an early red card and first half goal for the visitors proved decisive.

Although Grantham are currently bottom of the NPL a number of team changes have made them an unpredictable opponent.

Arlott-John went close for Mickleover after six minutes, when his effort was just over the bar. But only six minutes later Mills was on the receiving end of a red card and Sports were down to 10 men for the rest of the game.

With Mills missing there was a reshuffle in defence and Agustien came off to be replaced by Lewin, which allowed Robinson to move into the centre with Watt.

There were cries for a penalty for Mickleover after 17 mins, but they fell on deaf ears, and Beavon was taken down by Henry Eze, who received a yellow card.

But hopes of finding that elusive opening goal didn’t go in Sports favour and it was Grantham’s Jake Wright who succeeded after 29 minutes. 0-1.

Mickleover continued to try and push forward for the equaliser and Lewin put a tantalising cross into the box just before half time, but there was no one to receive it.

While it remained at 0-1 there was a chance of equalising, despite being a man down, and early into the second half Arlott-John was exchanged for Battisson.

The effort couldn’t be faulted but the chances never came. Both Lee and Warren received yellow card, and Atwal came on as a late sub for Warren. But the score remained the same and it’s Grantham that go into the hat for the next round, as Mickleover’s cup runs are over for another year.