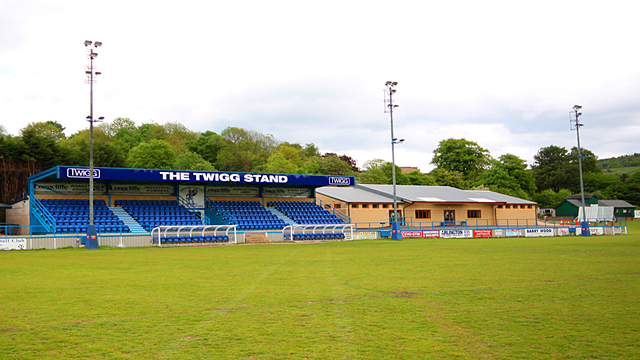 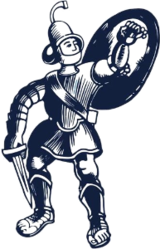 After World War I the club was renamed Matlock Town. They joined the Central Alliance in 1924, but the league folded at the end of the 1924–25 season and the club rejoined the Debryshire Senior League, in which they were runners-up in 1926–27. In 1933 they joined the new Central Combination, but left after two season. After World War II the club played in the Chesterfield & District League for the 1946–47 season, before the Central Alliance was re-established in 1947, with Matlock becoming members again. When the league gained a second division in 1950, they became members of Division One. Despite finishing bottom of the division in 1951–52, the club were not relegated.

In 1955–56 Matlock finished bottom of Division One again. The league was then reorganised, with the club placed in Division One North. They won the division in 1959–60, also reaching the first round of the FA Cup, losing 1–0 to Crook Town in a replay. After retaining the league title the following season, the club moved up to the reformed Midland League, which they won the at the first attempt. They were Midland League champions again in 1968–69, subsequently joining the Northern Premier League.

They reached the first round of the FA Cup again in 1974–75, losing 4–1 at home to Blackburn. In the FA Trophy the club reached the final at Wembley Stadium, in which they defeated Scarborough 4–0 to win the trophy; three Matlock players in the final were brothers, the only occasion on which three brothers have played for the same team in a Wembley final. The following season saw them automatically qualify for the first round, but they lost 4–1 at Wigan Athletic.

Matlock were drawn against Wigan in the first round of the FA Cup again in 1976–77, this time winning 2–0. They went on to beat eventual Third Division champions Mansfield Town in an incredible 5–2 away from home, marking the first time the club had defeated Football League opposition. In the third round they lost 5–1 at Carlisle United. The club won the Northern Premier League’s Challenge Cup and the Peter Swales Shield in 1977–78. In 1979 they entered the Anglo-Italian Cup, finishing second in the English section.

The 1983–84 season saw them finish as runners-up in the Northern Premier League. When the league gained a second division in 1987 the club became members of the Premier Division. Another FA Cup first round appearance in 1989–90 ended in a 4–1 defeat at Scunthorpe United. After finishing bottom of the division in 1995–96, they were relegated to Division One.

In 2003–04 Matlock were Division One runners-up, earning promotion to the Premier Division. They won the league’s Challenge Cup the following season. A fifth-place finish in the Premier Division in 2007–08 led to the club qualifying for the promotion playoffs, in which they lost 4–2 to Witton Albion in the semi-finals.