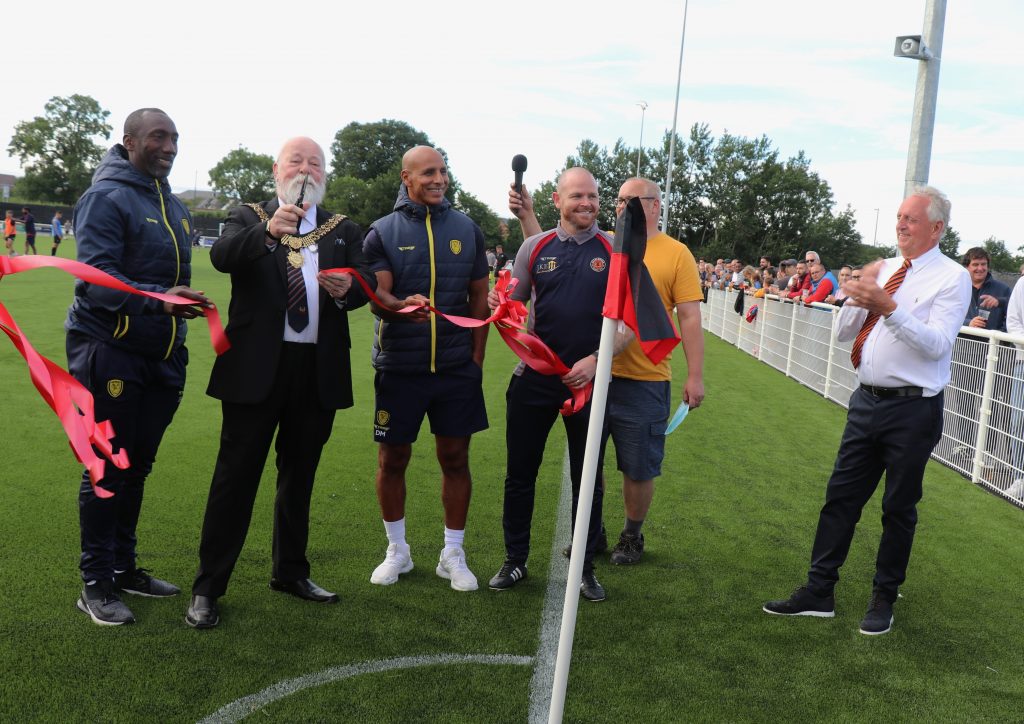 With the new 3G pitch in place and the official ceremonials conducted by Derby City Mayor Robin Wood, with Burton Albion’s Jimmy Floyd Hasselbaink and Dino Maamria and Mickleover’s Don Amott and John McGrath, it was time for football.

Mickleover’s traditional charity match against neighbours Burton Albion was mainly an Academy line-up from Mickleover, with Burton fielding their under 23 side.

It was a fairly even first five minutes before Beavon picked up on a loose ball and fired over from well outside the box.

Burton responded with their first attack after a good clearance by the Burton keeper, but it was still end to end.

After 10 minutes Monteiro put a good ball in the Burton box, Battisson was poised to receive but it bounced unkindly for the midfielder, who was unable to connect.

It was only three minutes later when Lewin started an attack down the left, which developed into a bit of a goal mouth scramble. Gowing’s first attempt was blocked, but his second was in the back of Burton net 1-0.

Mickleover seemed to gain in confidence and the attacks became more positive, as Burton seemed to sit back. Monteiro put a cross in after 17 minutes, with Beavon’s header just wide.

But Burton were quick to break given the chance, and after a 20th minute corner from Atwal was intercepted, they went on a charge, forcing Bowen to sprint off his line and end the danger. 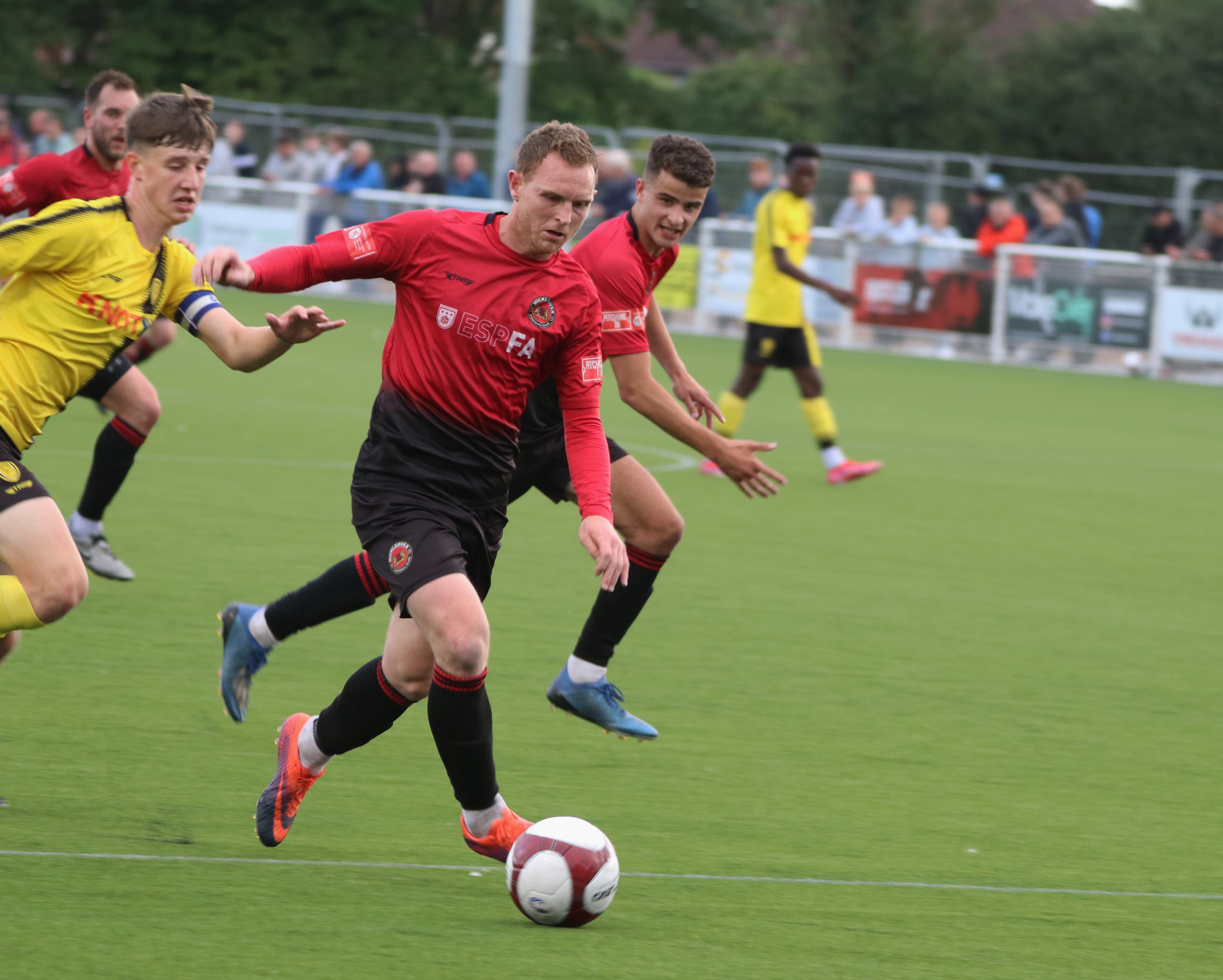 Wing backs Edge-Lucas and Lewin started to move forward and were linking well with Sam Tingle, Atwal and Battisson, while Monteiro and Beavon continued to cause trouble for the Burton defence.

Atwal put a nice ball through to Monteiro after  21 minutes and a few minutes later a more gradual build-up controlled by Gowing, left Atwal free but his shot was saved.

As the half hour approached a Lewin cross was dropped by the Burton keeper, but no one was there to collect. Beavon then had a shot saved, before his rebound attempt was blocked.

Burton continued to be forced so far back into their own half, that centre backs Mann and Robinson began to push forward too.

Mann missed an interception but Robinson had it covered, and it was Robinson again that saw off a brief Burton threat after 35 minutes.

For the final 10 minutes of the first half Burton started to push forward again, but wasted a chance when they fouled Bowen.

Just before the whistle Atwal had a  random shot well over for Mickleover, but it was comfortable at 1-0.

Beavon was on the attack as soon as the second half kicked off. His first shot was saved, before he had a header just over from the following corner,

Burton had a shot after 48 minutes but didn’t trouble Bowen and it was then time for Mickleover’s first sub, with King on for Edge-Lucas.

The attacks continued to be mainly one-way, with a Lewin, Gowing, Beavon move sending Monteiro through with a shot just wide again.

54 minutes and there were more subs, as Lee and Snedden were on for Gowing and Atwal. 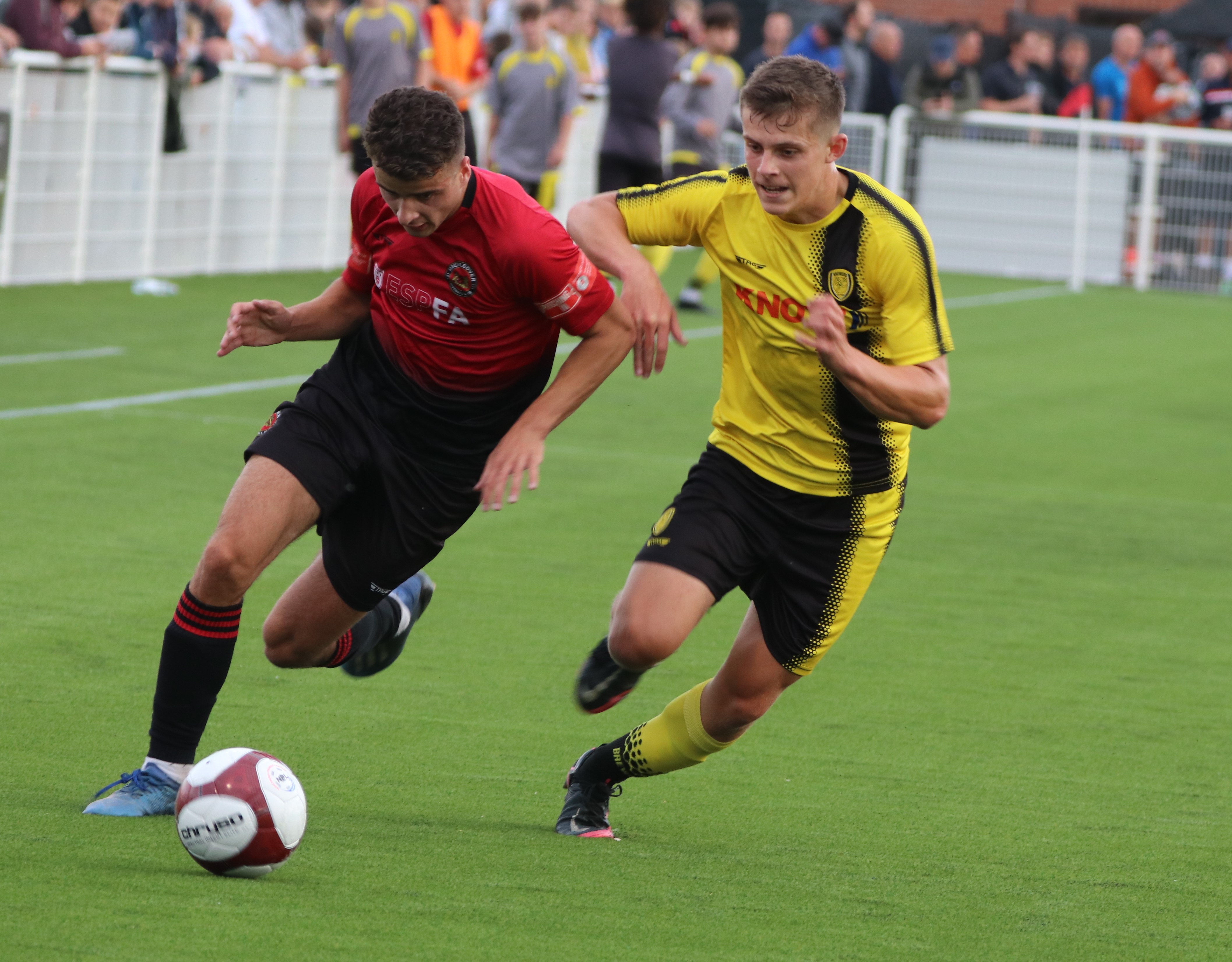 The possession continued in Mickleover’s favour and on the hour Battisson found himself in space, and let rip with a cracking shot into the top right corner, with the Burton keeper well beaten, 2-0.

Satchwell then came on for Robinson and shortly afterwards it was Barker for Monteiro, but it was still Mickleover pushing forward.

Battisson and Tingle then came off for Smith and Murphy, but the pattern of the game looked well set in Mickleover’s favour.

Burton had one of the best chances after 76 minutes, the shot on goal was bent well wide of the target, and finally Smith was through from a Beavon pass, but his attempt went wide.

A successful night on all counts and there was a crowd of 425 to witness it.