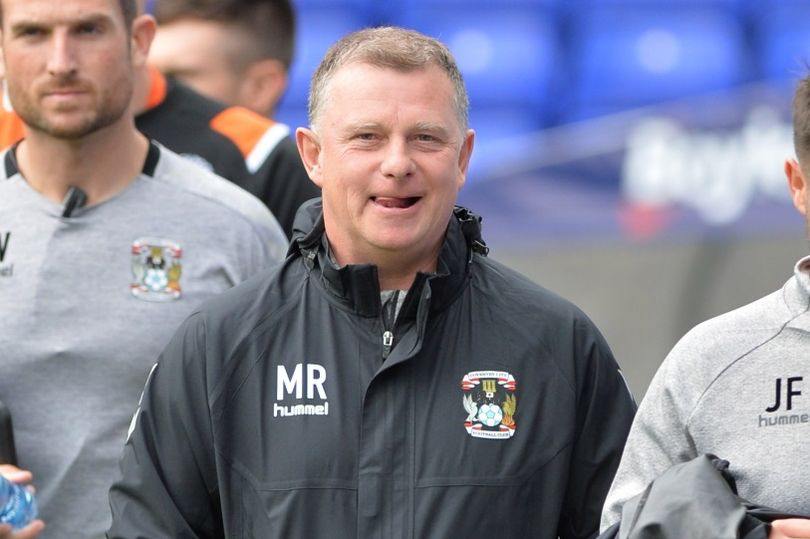 There has been success as both a player and a manager for Mark Robins.

A Manchester United youth product, Robins was the second highest United scorer behind Mark Hughes in his first season of 1989/90. He was part of the FA Cup Final winning squad too, having scored the winning semi-final replay goal against Oldham Athletic, although he didn’t get to play at Wembley.

It was expected that he would become a regular in the team and collected medals from the Charity Shield, European Cup Winners Cup and Super Cup.

He scored two goals on his league debut for the Canaries and helped them to third in the league and a place in the UEFA Cup. They went on to beat Bayern Munich.

The following season was interrupted by serious injury and a combination of a slump in the clubs success led to another move to Leicester City, after 68 games and 20 goals.

He wasn’t able to stop Leicester’s relegation in 195/96, but helped get them promoted back to Premiership the following year. There was another medal too as League Cup winners 96/97, but he was also loaned out to Copenhagen and Reading.

He had a spell in Spain with Ourense and Greece with Panionis, before a brief spell at Manchester City, was once again injury interrupted.

Having come back to the UK to join Walsall, he had one season before joining Rotherham United. He scored two on his debut and 26 in his first season for the Millers.

After a short loan at Bristol City he joined Sheffield Wednesday for one year, again scoring twice on his debut. His final stop was Burton Albion, then a Conference side, retiring from playing at the end of the 2004/05 season.

His managerial career started back at Rotherham, where he went from assistant to caretaker to permanent manager for 2 ½ years, before moving to Barnsley. He had 18 months at Oakwell before taking up his first stint at Coventry City in September 2012.

It was only a short stay before he moved on to Huddersfield Town and Scunthorpe United, before making his return to Coventry in March 2017.

He took the Sky Blues to victory twice at Wembley, in the EFL Trophy 2016/17 and Play-offs 2017/18 and were top of League One when the current season was stopped.

Internationally he made the England under 21 side with seven goals from six games during his time at Old Trafford, but never made the full England squad.