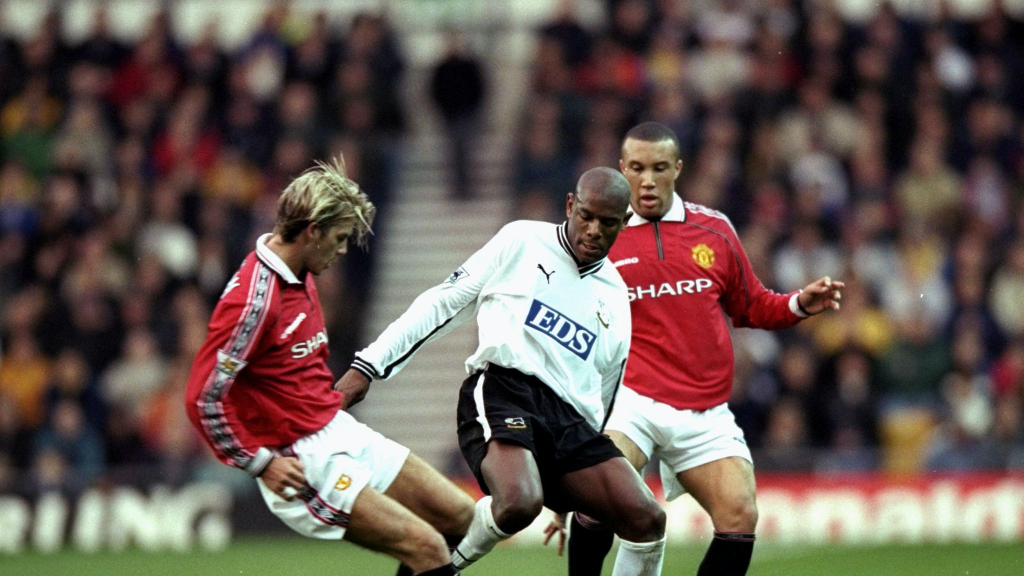 He played for England under 18’s while still at school, before becoming professional at Derby in June 1998, making his league debut the following year.

The following season he made eight Premier League starts, but went the out on loan to Stoke City in the Second Division for 2000/2001. He scored on his Potters debut, but after colliding the opposing goalkeeper in his third game, he had a long spell out with a broken leg.

He made two appearances in a Rams Shirt in 2001/2 and scored what was to be his only goal, when after a single appearance a year later and a loan spell at Tranmere, he left Derby having made only 12 first team appearances.

His next stop was Chesterfield, then a Second Division team. He spent a season with the Spireites, scoring seven goals in his 32 games.

Over the next few years he was regularly on the move, taking in Notts County, Rushden & Diamonds, Walsall and Stockport County, before settling in 2005/6 with Lincoln City, where he scored 10 times in his 27 appearances.

After short spell at Macclesfield he joined Oxford United in the Conference, over his two seasons he played 30 games, scoring three times, as well as having a short loan spell with Cambridge United.

But for 2014/15 he joined Hednesford for a second time, this time he stayed to make 55 appearances and score 11 goals.

Further travels for Stafford Rangers and Indian side Sporting Khalsa followed before he came back to Hednesford again, first as a player, then coach and for a while assistant manager.