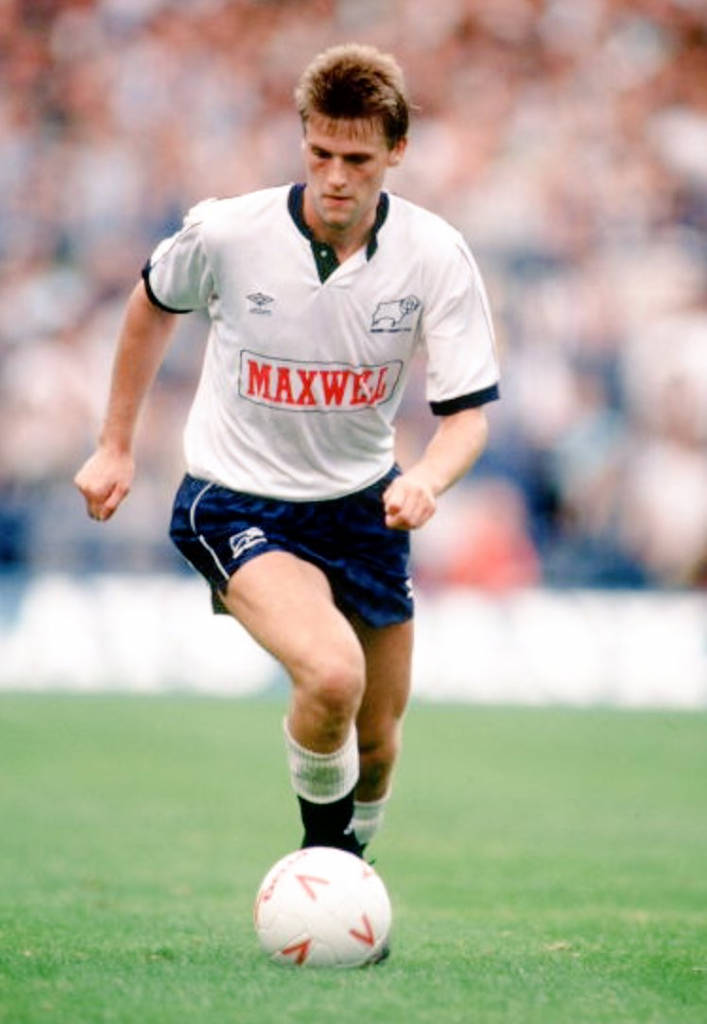 There was no academy or youth team development for Phil Gee, he was working as a painter and decorator and playing part time for Gresley Rovers when his goal scoring talent was spotted and he was recommended to Derby County.

He had scored six goals in his five games at Gresley when he came to the Baseball ground with Arthur Cox in 1985.

His goal scoring record in Derby Reserves Central League team was outstanding, 31 in 28 games. It earned him a first team debut in the team that won promotion from the then third Division.

The following year he became a regular member of the first team and the Second Division title followed.

It was harder to find the scoring touch in the First Division, but he remained a valued member of the squad until 1985, when 124 games and 26 goals later he went to Leicester City as part of the deal bringing Paul Kitson to Derby.

He had four years at Leicester and had the honour of scoring the goal that gave them their first ever Premiership point.

During his Leicester stay he also had a brief loan spell at Plymouth Argyle, but in 1996 he left after scoring nine goals in his 53 appearances.

Spells at Hednesford Town and Shepshed Dynamo preceded his retirement in 1998. But he still plays for Derby County Masters and will be in action at the Mickleover Sports NHS Allstars Charity Match.