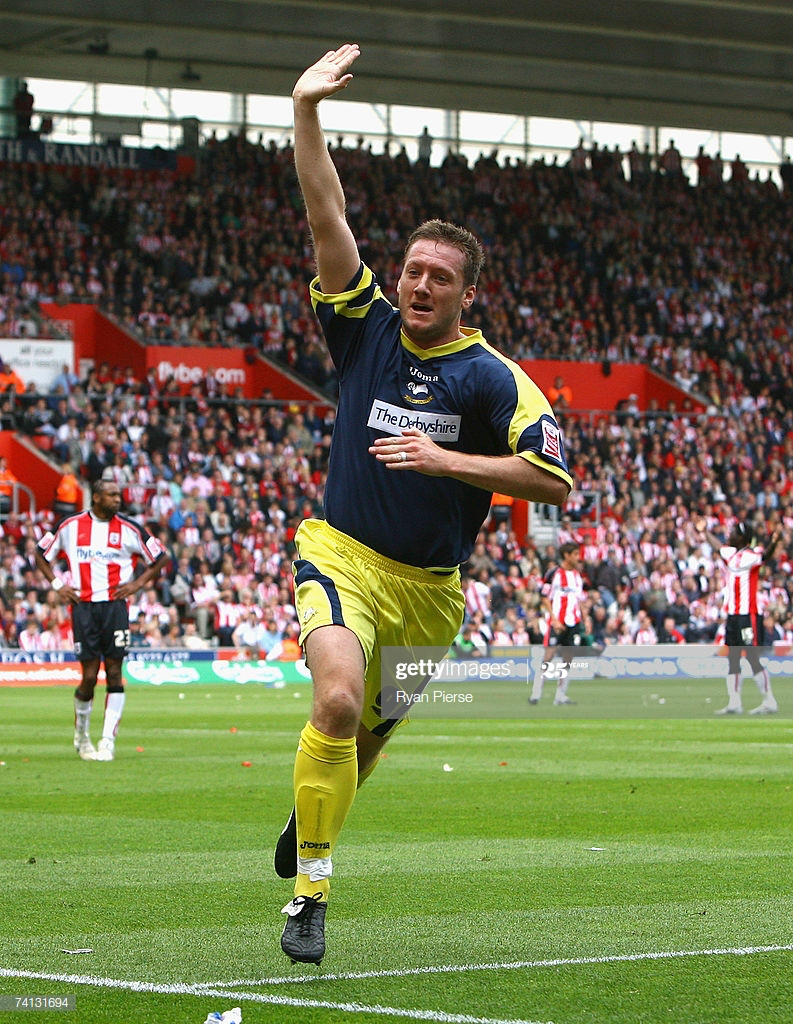 Who’s the next former Derby County player we can expect to see at Mickleover Sports NHS Allstars match? Steve Howard made his reputation as a bustling striker, hailing from the North East.

Having started off as part timer with Tow Law Town, he joined Hartlepool and stayed for four years. After 145 appearances and 26 goals he moved on to Northampton Town, but it was his move to Luton Town really began to get him noticed.

He got a 2004/5 League One winners medal with the Hatters and it was during this time his prolific goal scoring came to the attention of bigger clubs. After 212 games and 96 goals his five year spell was up and he joined Derby County for £1 million in 2006.

For a while he struggled to fit in, but soon became a star. He played in 2006/7 season which took the Rams into the Premiership after a play-off victory against West Bromwich Albion.  But the move to the top flight didn’t take-off and after struggling to recreate his goalscoring form, he moved on to Leicester City.

He played for Derby 63 times, scoring 17 goals  and as well as being the clubs top scorer in the promotion year, he was also the Player of the Year.

Four more successful years followed at Leicester and he hit another 28 goals, before making his final move back to Hartlepool. He had his last season with them and also went on loan to Sheffield Wednesday and had the dubious distinction of being sent off in his final professional game at Hartlepool.

Although Durham born he qualified to play for Scotland, but despite being on the verge of the International Team during his Derby spell, his only game was with the Scots B team, scoring on his debut.