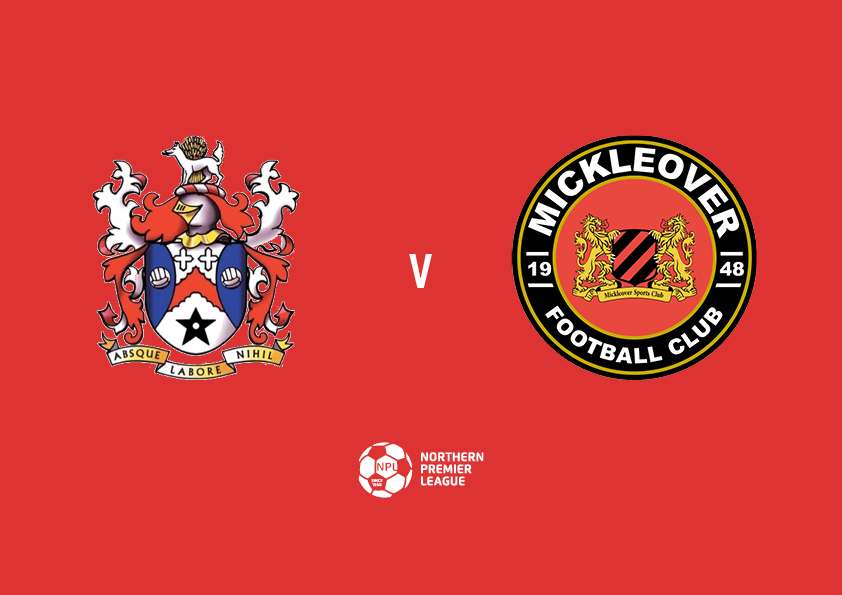 This Saturday Stalybridge Celtic are our NPL hosts. The Cheshire side are one of many teams to have endured an up and down season, which sees them currently 15th in the table.

They are four points ahead of Mickleover with a game in hand, having won two of their last eight matches, at home to Atherton on January 11th and away to Bamber Bridge last Saturday.

For the last two games they have also had the luxury of fielding an unchanged team.

Having been part of Portadown’s first team squad from the age of 15, he joined Glasgow Celtic in 2018, moving  to England in February last year with Liverpool.

He arrived at Stalybridge in January and is on loan from the Reds until the end of the season.

Matthew Liptrott is primarily a midfielder, who can also play in defence. He is on loan from Blackpool, having previously been loaned out to Prescot Cables.

Left back Ashley Smith-Brown was capped by England at Under 16, 17,18,19 and 20, during his time in Manchester City’s Academy, which spanned 17 years.

He was loaned out NAC Breda, Hearts and Oxford Utd, before joining Plymouth Argyle on his release in July 2018.

After a loan spell at Oldham he was released at Plymouth, having played 36 senior games for the Pilgrims.

He arrived at Stalybridge in August 2021, after spells at South Shields and Farsley.

Our hosts  captain is Sam Wedgbury, a central midfielder who started out at Worcester City, before being picked up by Sheffield Utd. After a loan spell at Mansfield, he had a year in Hungary with Ferencvaros, before the Blades released him in July 2010.

He then moved on to Macclesfield, Altrincham, Stevenage, Forest Green, Wrexham and Chesterfield, before arriving at Stalybridge from Buxton in July last year.

Centre back Connor O’Grady is a Republic of Ireland Under 21 International. He was a Sheffield Wednesday Junior until July 2019, when he joined Buxton. He is now in his second season at Stalybridge.

Defender or midfielder Keenan Quansah was another player that arrived at Stalybridge in July 2021. He started his career at Accrington Stanley, before moving to Burscough in 2016.

He soon moved on again spending a year at Mossley, returning after three months with Hyde, finally coming to our hosts after almost three years with Glossop.

Callum Harris is an experienced midfielder, who played in Manchester City and Blackburn’s Academy, before a spell in the Nike Academy at St Georges Park.

He then joined Wolves, before venturing abroad, firstly with Patro Eisden Maasmechelen, returning to the Belgian third tier club again in March 2018 after two months in Trinidad with Central FC.

He came to Stalybridge in September 2020, after a year in Spain with Real Burgos.

Charley Doyle is another centre back who can play midfield. He came straight to Stalybridge in September 2020 from the Blackburn Academy.

With three goals in his five games so far, Angolan born Raul Correia is our hosts top striker. Starting out in local football, he moved on to Cheadle Heath Nomads and Radcliffe, before stepping up with Chorley.

His next move was Trafford, before a return to Radcliffe. He was at Blackpool for a year, after they signed him from Radcliffe, but after loans at Guiseley and York City, he made a permanent move to Barrow in July 2018, having made one senior appearance for the seasiders.

After another year he moved to Southport and then into the Welsh League with Bala Town, before signing for Stalybridge only four weeks ago from Aberystwyth.

Ntumba Massanka is an experienced well striker. Although born in London, he was at Manchester Utd, Manchester City and Burnley’s Academies and was loaned to York City, Morecambe, Wrexham, Dover Athletic and RWD Molenbeek in Belgium before being released in August 2019.

After a brief stop at Chorley, he moved to Angelana in Italy for 18 months, returning to the UK with South Shields last July. Like fellow striker Correia, he only arrived at Stalybridge a few weeks ago on a season long loan, scoring his first goal last Saturday in the win at Bamber Bridge.

Winger Justin Johnson started his career in his native Netherlands, with three years at the Sparta Rotterdam Academy, before coming to the UK with Manchester Utd.

After moving onto FC United, he then moved to Scotland with Dundee Utd, but was released in 2017 after a loan at York City.

He played for Othellos Athienou and Akritas Chlorakas in Cyprus, but then returned to Scotland with Hamilton Academicals, after scoring 24 goals in 37 appearances in Cyprus. He came to Stalybridge last September from Morton.

Ethan Padden is a midfielder who came to Stalybridge from Buxton last summer. A former Chesterfield youth team player who has played for Glossop North End too.

Defender Shane Killock started out at Ossett before joining Huddersfield Town. He made one first team appearance for the Terriers, before being loaned to Hyde and Harrogate. He then had another loan at Oxford Utd, before a permanent move in 2009.

Moving onto Telford Utd, where he made over 130 appearances he also captained the side. Loans at Harrogate Guiseley followed before moves to Hyde, Bradford PA and Boston Utd. He then had a season at Alfreton before joining Buxton, arriving at Stalybridge in June last year.

He returned to Stalybridge in May last year after scoring five goals in 10 games back at Witton.

Young winger Aaron Grewal is another new arrival, coming from West Didsbury and Chorlton. He has also played for Curzon Ashton.

Midfielder Matty Jones is a product of their own youth scheme and made his first team debut in October.

Assistant to manager Simon Haworth, Republic of Ireland International Stephen O’Halloran is massively experienced. He started at Aston Villa, and played for Wycombe, Southampton, Leeds, Swansea, Coventry and Carlisle until moving into non-league with Nuneaton in 2012.

He also played for Stockport, Salford and FC United, before coming to Stalybridge in July 2019.

Kick off at Bower Fold is at 3pm and John McGrath and the team would be delighted to see as many Mickleover fans as possible.