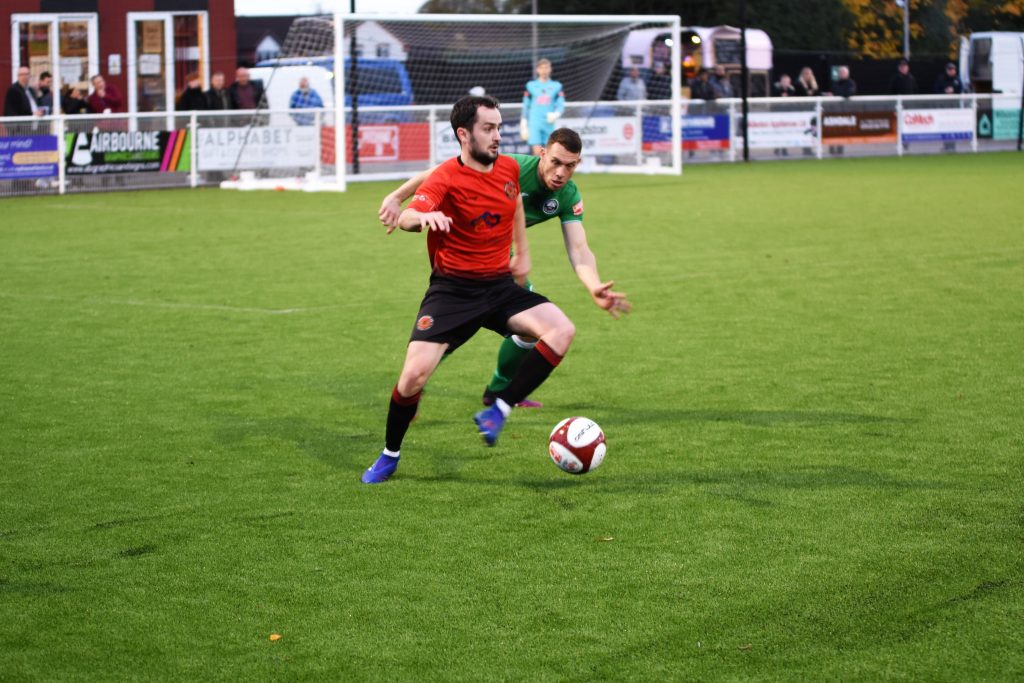 Not only did Mickleover returning to winning ways with a 2-0 victory over Atherton Collieries, it was their first double of the season, having beaten the Greater Manchester team away a few weeks ago.

It took a while for both teams to get up to pace, but Mickleover had their first chance after 16 minutes. Andy Dales led a counter attack from his own half, and having outpaced the defence, his cross went across the face of the goal with no one able to connect.

Seven minutes later a good positive build up from Warren out wide found Dales again, but his shot was blocked and went out for a corner.

It was still 0-0 when the visitors had their chance to open the scoring, but Elliot Rokka’s powerful close range shot was straight at Hawkins, who saved confidently.

Mickleover began to take charge towards the end of the first half, which was to bode well in the second.

Only three minutes back in action and it was 1-0 to Mickleover. A cross from Dales found Warren, who buried a powerful shot from 18 yards out into the bottom corner, with Atherton keeper Luke Hutchinson well beaten.

Six minutes later Warren was on the mark again, after a telling crossed had found Dales in the box, he was fouled in a melee of legs and the penalty was awarded.

Atherton continued to try and push forward and Marcus Cusani managed a shot in the 64th minute, but it was just over the bar.

Mickleover made their first change when Arlott-John came on for Walters after 65 minutes. But only a few minutes later it was so nearly a third for Sports.

Agustien’s free kick was initially saved by Hutchinson before he pulled off an excellent reflex save from the rebound too.

Davidson came on for his debut replacing Beavon after 77 minutes, but the points were secure and just as importantly the Mickleover defence kept a clean sheet.