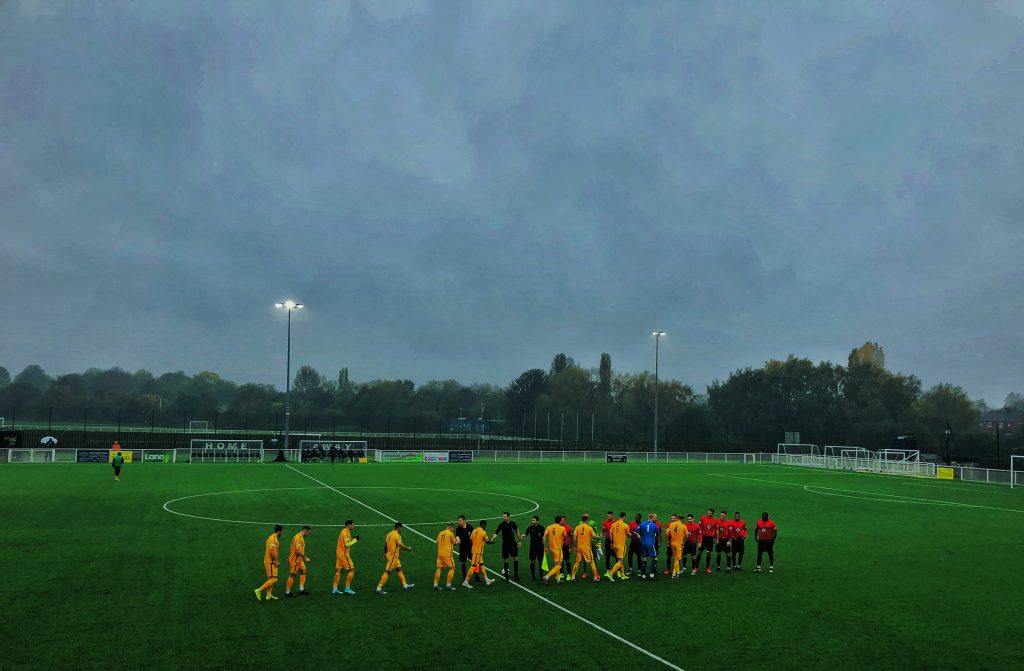 <strong>Mickleover’s FA Trophy campaign comes to an end after suffering a 3-0 defeat to Basford United. </strong>

Liam Hearn bagged himself a double as his side progresses into the second-round qualification stage of the FA Trophy.

The Sports’ started the match positively with high pressure but showed no end product. Basford got onto the scoresheet against the run of play in the 12th minute. Nathan Watson’s drilled cross fell beautifully for Hearn who calmly slotted home his first goal of the day past, Nathan Broome.

Despite being a goal down, The Sports’ continued to dominate in a match which they were expected to be great underdogs based on current form. The Sports’ looked the more likely to grab an equaliser after Stuart Beavon’s strike grazed the post, however, yet again Basford against the run of play doubled their lead. After some questionable defending, Basford’s left-back, Josh Law, built a mountain for The Sports’ to climb and hammered the ball past Broome from the back post. At half-time, The Sports’ will have felt unfortunate to go into the break two goals down.

Early into the second half, an injury to Ben Turner saw John McGrath (junior) join his dad (also John McGrath) on the pitch. Lee Hughes had the best opportunity of the second half to kickstart a comeback when his attempted chip shot kissed the top of the bar. A reoccurring issue presented itself in the second half when The Sports’ struggled to create anything in Basford’s half.

Basford put the game to bed in the 88<sup>th</sup> minute when Hearn got his second goal. The Sports’ are now in the worst form of their season with their best result being a 1-1 draw with Morpeth Town in the five fixtures.

The Sports’ next fixture is Matlock Town at home, they will be looking for revenge as they were beaten 3-1 just three matches ago.