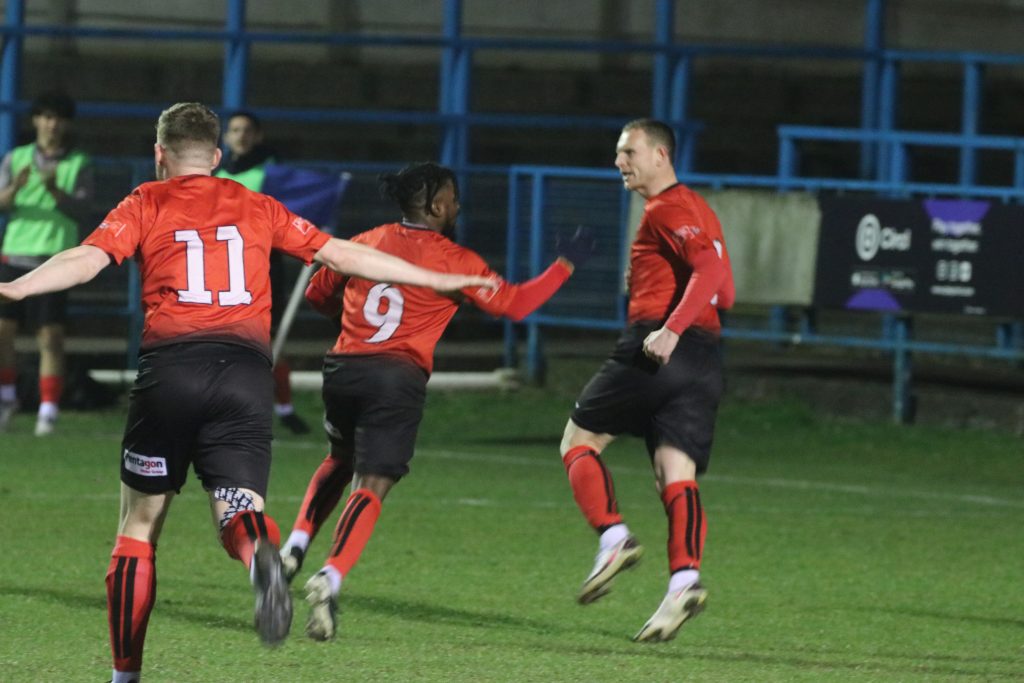 Mickleover FC added another away win to their tally with a 1-0 win over an uncompromising Stalybridge Celtic last night, with a first half header from Stuart Beavon.

With the initial Stalybridge attacks repelled, Dolan led the first Mickleover foray with a good run strong run down the left.

After three minutes the hosts earned their first free kick after a foul by Milner, but it came to nought.

Hedge then made a long clearance which found Beavon in space on the right. His cross went across the face of the goal, but there was no one on the receiving end.

Mickleover won a free kick when Dales was tripped and after eight minutes he had the first shot, wide of the left-hand post.

But Stalybridge went close after 14 minutes with a combination from Killock and Quanseh, forcing Hedge to tip it away for a corner. 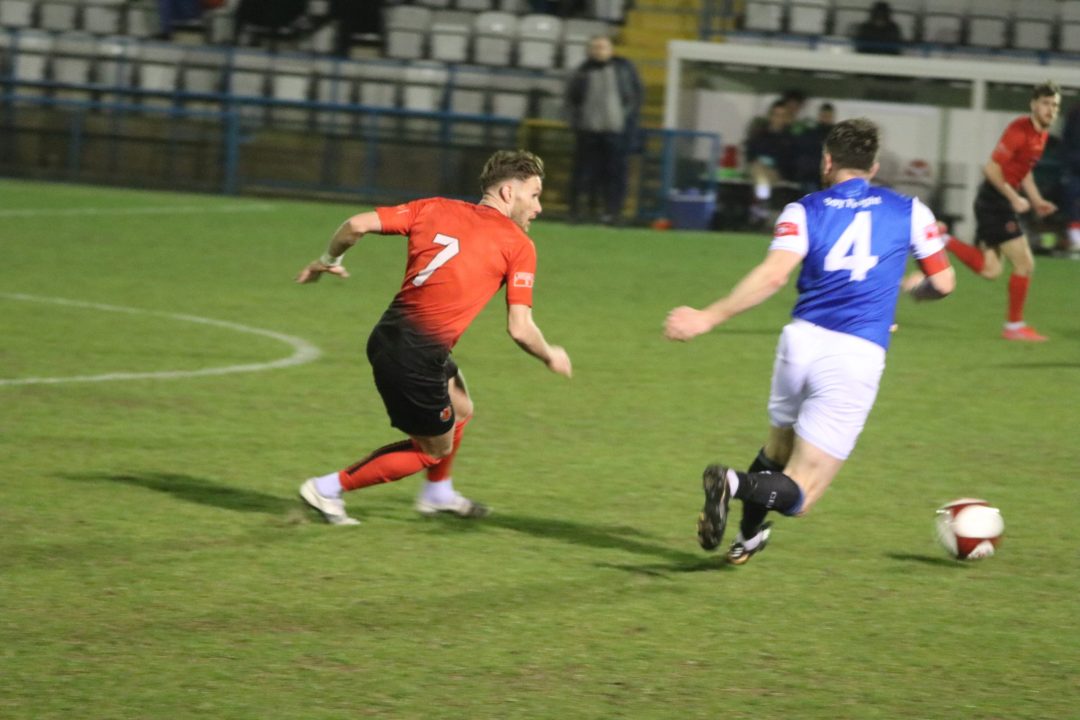 A couple of minutes later some nice play between Dales and Wright went one pass to far to prove positive, but Dales pace was causing problems for some cumbersome Stalybridge defending.

An unusually poor kick from Hedge found a Stalybridge striker after 20 minutes, but the keeper redeemed himself with a dive to the feet of the oncoming striker.

Dales then put a telling cross into the middle on the 25 minute mark, but it just missed connecting with the oncoming McDonald.

A minute later however it was 1-0 to Mickleover, after Dales held the ball well, before the final cross found Beavon’s head and the right corner of the Stalybridge net.

Two minutes later Dales fired in another shot after a one two with Wright, but it was an easy save for keeper Shenton. McDonald then had a shot blocked after a Beavon cross, earning a corner.

Mickleover were in the ascendancy but Stalybridge fought back with a cross from Brogan finding Doyle, whose shot was tipped over the bay by Hedge.

But Sports were soon back on the attack with a Beavon, McDonald build up sending Dales on a run, only to be fouled midway into the Stalybridge half.

Agustien took a short free kick to Dolan, who headed for goal but was fouled as he prepared to shoot. No free kick was given but the left back needed treatment.

With the half time whistle blown Mickleover had looked more of a team than the hosts, who managed to argue among themselves and lacked cohesion.

As the second half kicked off Stalybridge were far more positive, but the aerial superiority of Watt and Butler kept any danger under control. 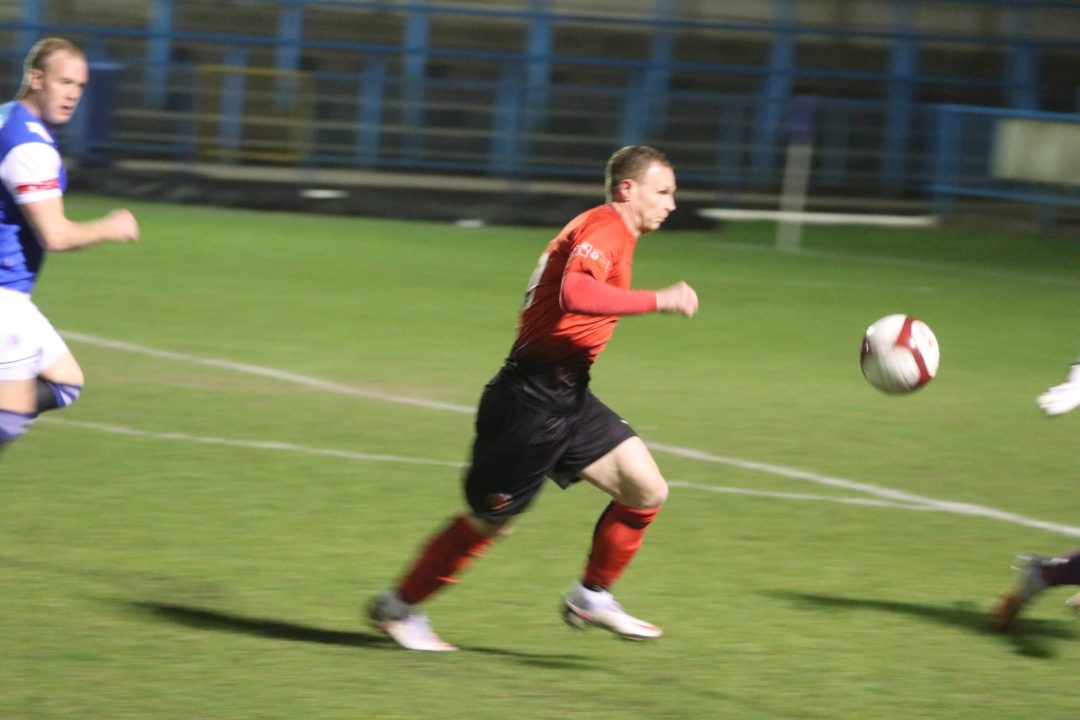 Dales and Beavon led a strong attack after 52 minutes, but once again it was a step too far. But after Watt was pushed off the ball a minute later, Stalybridge got a good cross in from the right, across the face of Hedge’s goal and almost caught the keeper out.

Hosts sub McLintock had a chance after 66 minutes but pulled his shot wide to the left, before Mickleover made their first change with Niven on for Beavon.

McLintock had another chance after a long kick from Shenton, but that went and over and in the next few minutes both Correia and Brogan had shots from long range but failed to trouble Hedge.

Milner was moving forward more than in the first half and was on the receiving end of some good possession from Agustien, but after 73 minutes it was almost a second goal.

Niven had a great run and found McDonald. The striker sent in a rocket shot which was well saved by the diving Shenton. The rebound found Niven but it was going away from goal.

Davidson-Miller then came on for McDonald for the last 15 minutes and was straight in the action. His holding play set up Wright, whose shot was blocked. 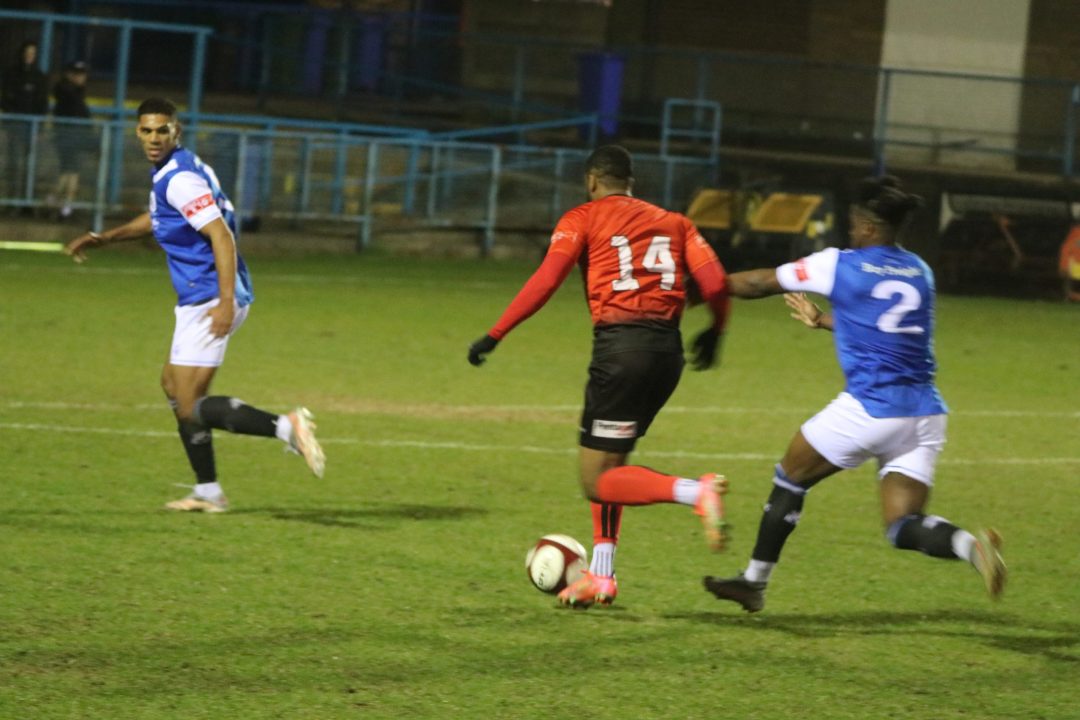 Shenton then made an easy save from a weak Davidson-Miller shot, before Agustien made way for Atwal.

Walker and Dolan both began to stay back more as the clocked ticked down, but after 79 minutes Hedge was in action as a shot from Doyle was just passed the post.

Dales was fouled on another charge with two minutes left, but as Mickleover tried to clear their lines, Stalybridge pushed everything forward including keeper Shenton.

They went close with a free kick which was saved by Hedge to earn a corner before another attempt settled on the roof of the Mickleover net.

In timing added on Ubah had a header cleared off the line, but it was another well-earned three points which moves them to 15th in the table.