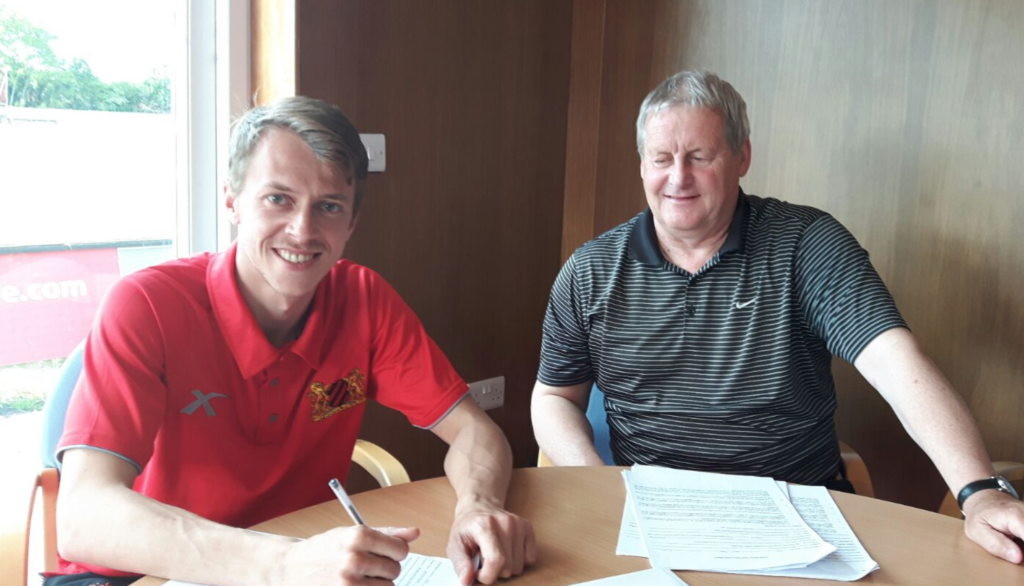 We are delighted that striker Bradley Grayson has signed for Sports amid heavy competition for his signature.

Bradley is a strong, pacy 24 year old striker who hails from Doncaster and made four appearances for Doncaster Rovers which preceded spells with Frickley Athletic, Matlock Town, Stocksbridge Steels and Buxton FC. He has also plied his trade abroad with Ange IF in Sweden where he scored an impressive 24 goiaqls in 22 games, Cumberland FC in South Australia and Loyola Mercalo Sparks in the Phillipines.

Last season in the NPL with Buxton he scored 20 goals, and 28 goals in all competitions.

Grayson is the second striker secured by first team manager, John McGrath, who has promised there will be plenty more transfer activity before the season restarts in August, and further demonstrates the club’s ambitious outlook.