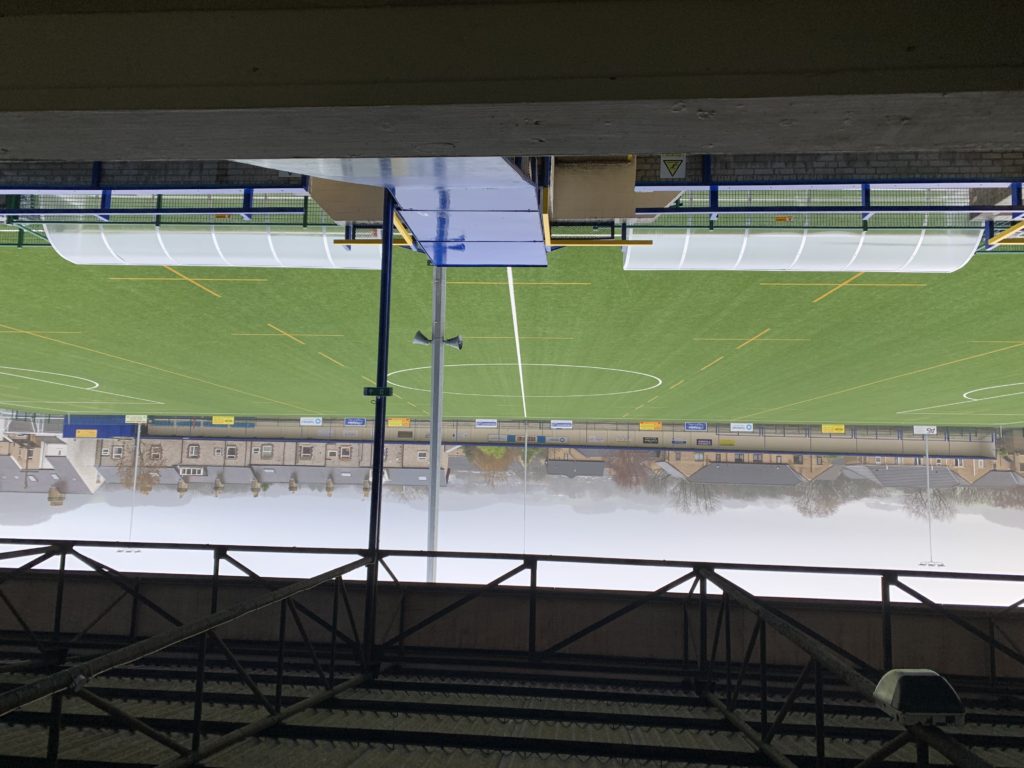 Throughout the first twenty minutes of the first half, each side had many chances. Sports had a good chance of getting on the scoreboard throughout these twenty minutes. One fantastic chance came for the Sports when Jimmy Phillips and Nathan Jarman worked together to send the ball to Jake Scott and the goal was blocked out for a goal kick. A goal came for Buxton on the 32nd minute. Liam Hardy got the ball from a Brad Grayson cross and scored from the cross into the roof of the net. A chance for Buxton came on the 35th minute with Liam Hardy had another effort but was saved by Lewis King. A chance came for Sports on the 38th minute with John McGrath hitting the bar after a curled effort from outside the box. A minute later, Jimmy Phillips had a chance to score but was deflected behind the goal from a corner. Another goal came for Buxton on the 44th minute after the ball was not cleared and Liam Hardy nabbed it from the defence and in the goal.

A half time substitution came for Sports. Karel Tvaroh came to replace Jiri Boula. John McGrath changed the formation but on the 47th minute, Buxton did it again. Brad Grayson slid past Lewis King and scored. Another goal came for Buxton on the 52nd minute after a throw in found James Dean in the box and took the shot which curled into the bottom right corner. On the 57th minute, Sports made another change as Ted Cribley came on for Jake Scott. A chance came for Sports on the 64th minute with Ted Cribley taking a cross and nearly found the feet of Kyle Carey. Kyle Carey’s rebound found Ricky Ravenhill, but the shot went over the bar. A goal came for Buxton on the 67th minute after a corner was awarded to Buxton. Scott Sephton took the corner and met the foot of Brad Roscoe who smashed it in the goal. On the 72nd minute, a free kick was awarded to Buxton. Brad Grayson took the free kick and was saved by Lewis King and out for a corner. The corner was taken and met the head of Brad Roscoe but went over the bar. Sports made a final substitution on the 75th minute with Adam Prusa replacing Jimmy Phillips.