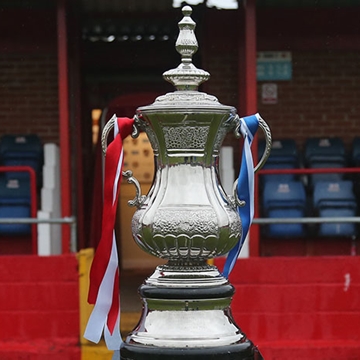 Sports will have to be at their very best on Tuesday night as they take on Step 7 Clay Cross Town to see who will be the first finalist in the DCFA Senior Cup in 2019. There may be a four league difference between the two sides however Clay Cross are here on merit after defeating Graham St Prims, Ashbourne and Long Eaton United to make it to this stage. The Millers have only lost three games in league and cup all season and are looking strong favourites to win the Central Midlands League North Division after missing out on promotion in the last two seasons. From a Sports point of view John McGrath will see this as an excellent opportunity to book a place in a cup final in a competition Sports have never won in their history.

LAST TIME OUT
The Millers continued their impressive league form by hammering bottom of the league Newark Town 7-2 away from home last Saturday. Goals from Ant Lytham, Callum Lytham, Grant Mitchell and Joshua Parfitt all netted to extend their league at the top of the North Division to seven points. Mickleover Sports of course defeated Stalybridge Celtic 2-1 at home with Shaquille McDonald netting both Sports goals to make it three wins in a row.

SPORTS TEAM NEWS
Adam Prusa, one of our Czech Derby Uni Graduates featured on Saturday with the other three expected back soon. Evan Garnett will probably start as he looks to gain fitness after his recent injury. Lewis King is also set to start for similar reasons. Shaquille McDonald was substituted on Saturday with a minor knock so may be rested ahead of the game at Lancaster City at the weekend. Everyone else is presumed fit and available for selection.

GOING TO THE GAME?
The game is a 7:45pm Kick Off at the Don Amott Arena on Station Road, Mickleover, DE3 9FB with Admission Prices having been reduced to £5 for Adults and just £1 for Under 16’s. Derby County & Burton Albion Supporters are being encouraged to come along to support their local non league side. The bar and snack van will be open as usual serving hot and cold drinks and food before during and after the match. Your new look Sports Report Match day Programme will also be on sale at the turnstile for only £2! This features the thoughts of Chairman Don Amott and Manager John McGrath plus all your usual content.