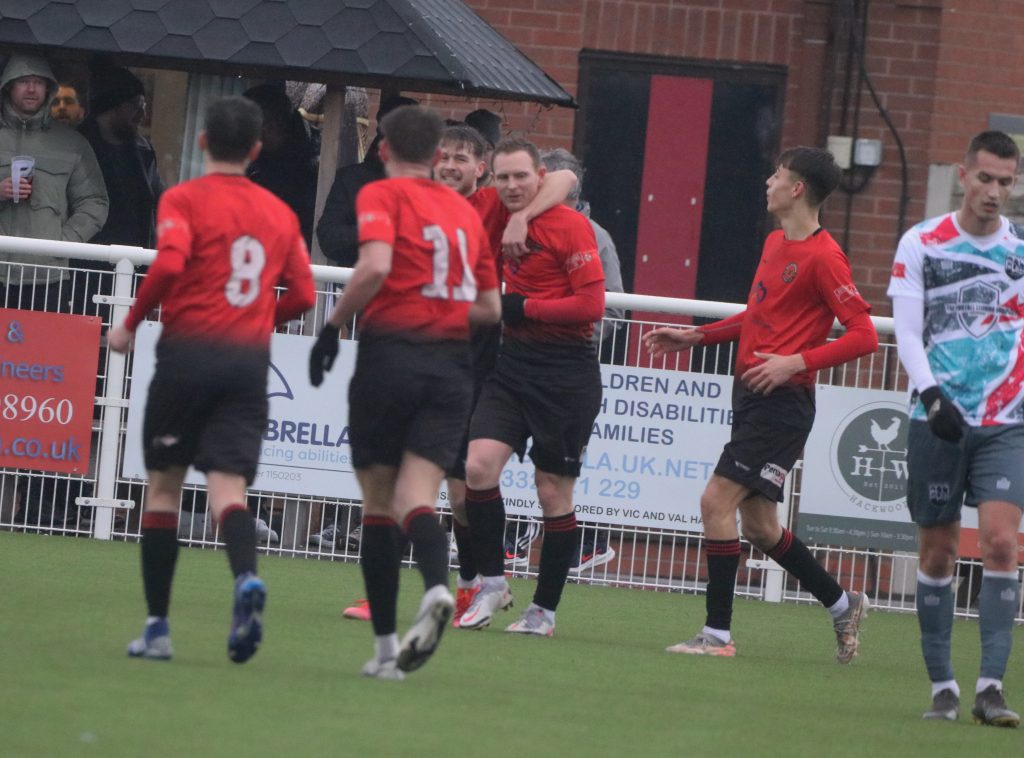 Despite the frustration of having the last two games postponed, Mickleover rose to the occasion to make it four wins out of four so far in 2022, with a 4-1 win over Radcliffe.

In the opening few minutes Radcliffe were on the attack and Gribben almost broke through for the visitors after five minutes, but managed to earn a corner.

But as Sports started to open up, Beavon had a good run two minutes later and fired in a shot saved by keeper Belford, but it was a sign of things to come.

10 minutes in and Dales found Beavon again and his shot from outside the box found Belford’s bottom right hand corner, 1-0.

Radcliffe continued to push forward, now seeking an equaliser, with Crothers shooting over the bar from the kick off. 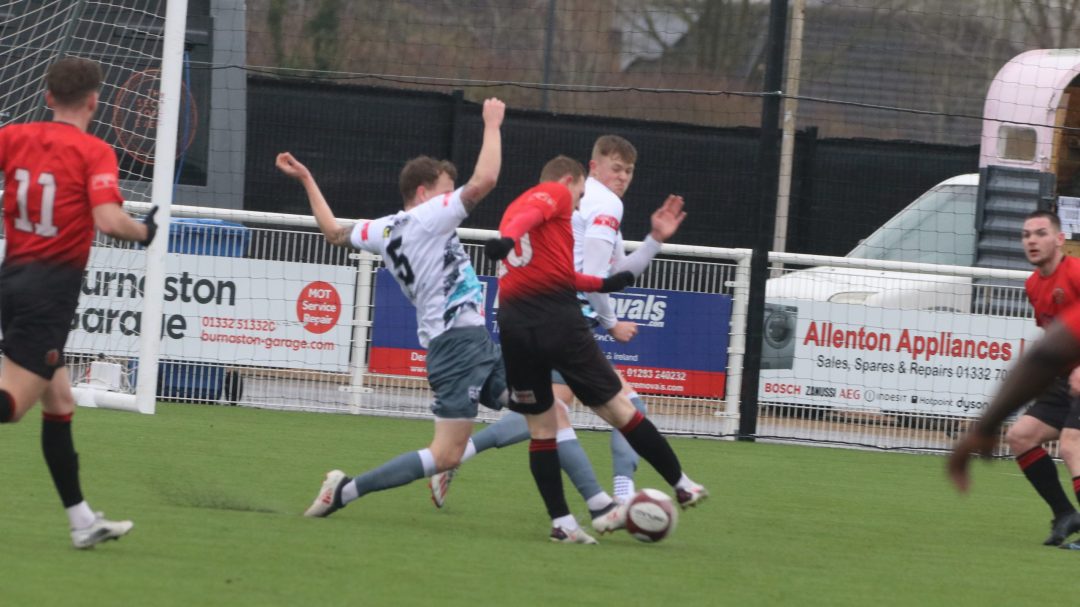 Hall looked threatening at times for the visitors too, but was tending to outrun the ball when it counted, but after 17 minutes Gribben had a good chance. His weak finish failing to trouble Hedge in the Mickleover goal however.

Returned loanee Ravenhill was looking particularly sharp on the right and with Warren’s tenacity and Agustien’s calm exterior, the Mickleover midfield began to take control and provide good feed to Dales, Niven and Beavon up front.

20 minutes and another Dales and Beavon play proved positive. As Beavon slipped the ball back to Dales, he sent a powerful shot into the top right hand corner, with Belford well beaten again, 2-0.

Dales was looking for his second only four minutes later, but successful with pace he couldn’t get a clear shot on goal.

Skipper Watt and the experience of Mills had successfully kept Radcliffe at bay and allowed both Radcliffe and Dolan the chances to work well on the overlaps.

Radcliffe player manager Bobby Grant was doing his best to motivate his side and led by example, but his 26th minute effort was easily taken by Hedge.

Just after the first half four Dolan continued his charge down the left to try his luck on goal, with a good effort just over right hand upright.

The visitors continued to look dangerous at times but Gribben wanted too much time, but his loss found Grant again whose 34th minute effort was well saved by Hedge.

Grant found Hall again a few minutes later, but it was a poor finish from the Radcliffe striker as they continued on the attack, with far too many crosses too close to Hedge who collected easily.

With only two minutes left on the lock until half time Dolan shot down the wing again and his precision pass found Beavon who comfortably made it 3-0.

Mills had taken a knock earlier and was replaced by Butler as the teams came out for the second half. 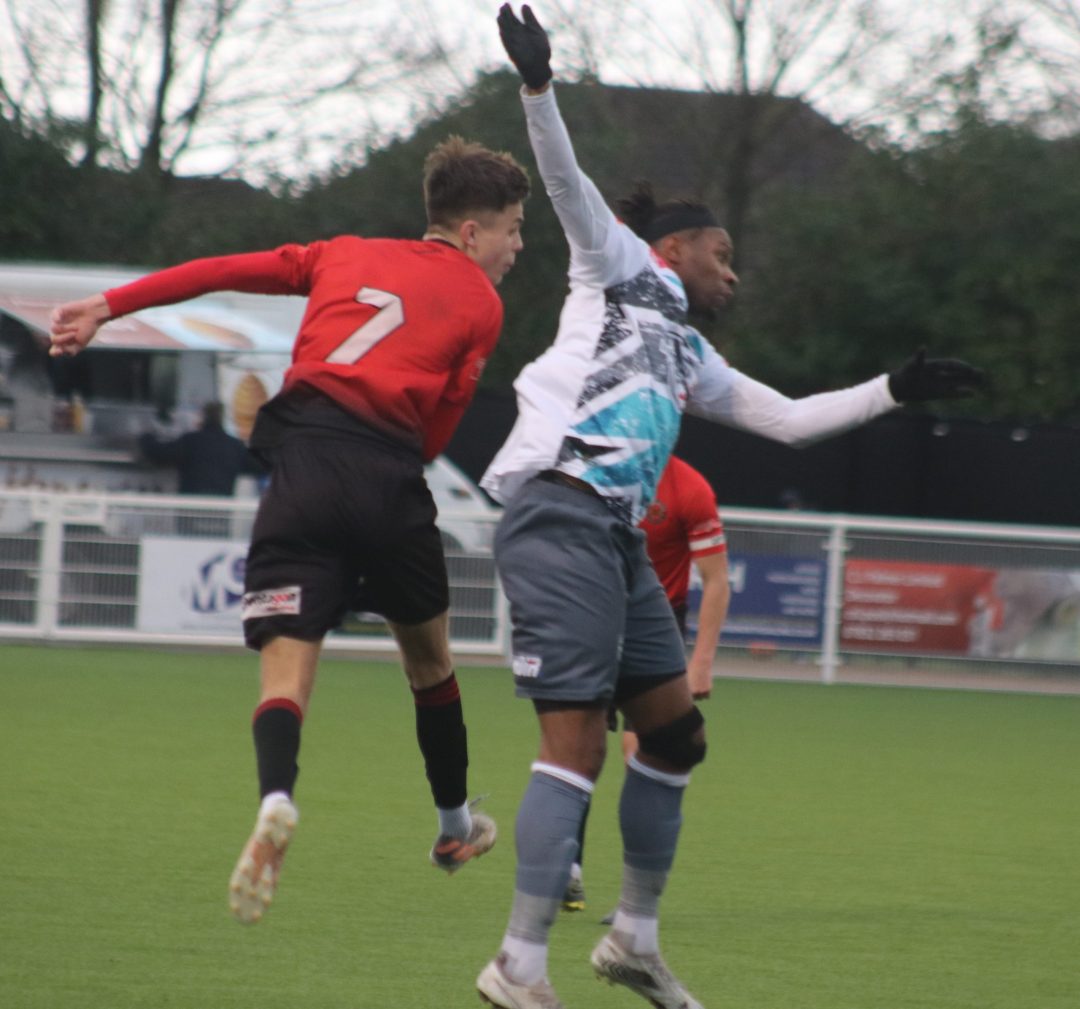 It started well again with Dales charging through the defence, chipping the oncoming Belford, only to see his shot go just over the bar.

It was the visitors pushing forward though as Mickleover absorbed the pressure. Gribben put a good cross into the box after 54 minutes, but there was no one on the receiving end and five minutes later he tried again with a shot over the bar.

But the Mickleover defence was really under pressure with Butler and Watt heading away a number of balls into the box.

Davidson-Miller came on for Niven after 65 minutes, but shortly afterwards Radcliffe pulled one goal back. Navarro’s effort had come back off the post but Grant was on hand to pick up the rebound, 3-1.

Wright was then on for Agustien, but as the visitors pushed even further forward, any Mickleover attacks were caught offside.

Radcliffe sub Akpro got a break after 72 minutes, but shot wide from outside the box. The pressure was finally relieved though when Warren split the defence and found Beavon again, who just picked his spot and placed it home to make it 4-1 and secure his personal hattrick. 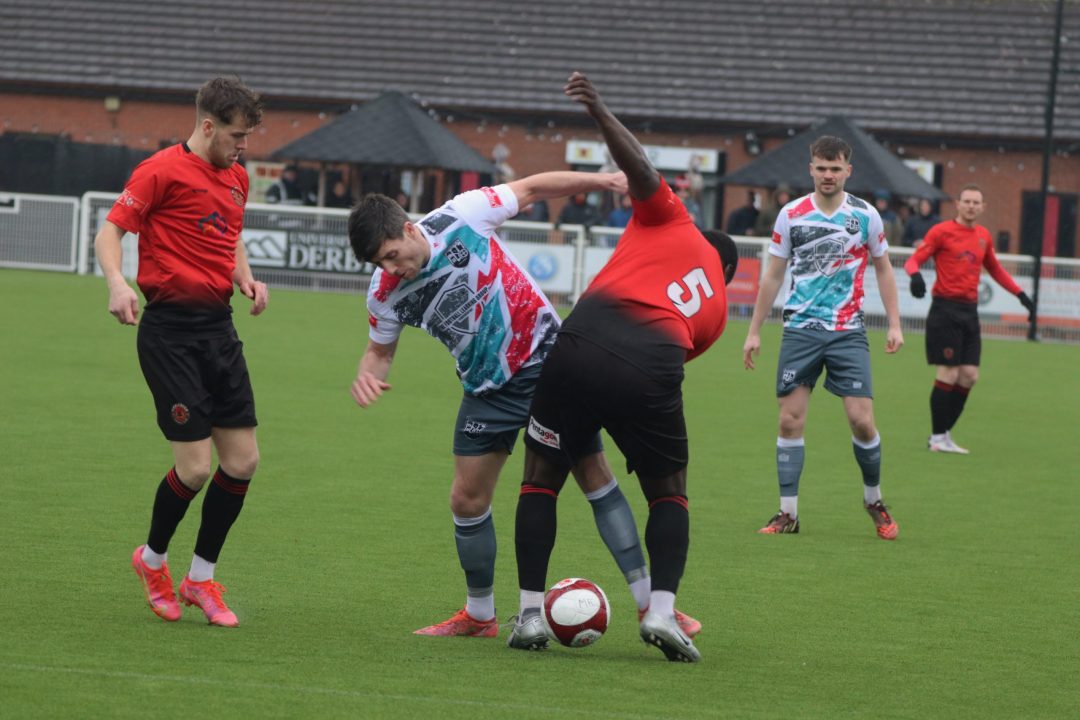 From the restart Beavon almost got Wright through again, but with 10 minutes left Hedge was called into action again palming away a Baxter free kick that was heading for the top corner.

In the closing minutes Wright fed Davidson-Miller who found his path blocked and Wright had a shot blocked too shortly afterwards.

But the visitors kept fighting to the final whistle and Hedge had to make an 85th minute save from a Grant header, but the result was a proud 4-1 win for Mickleover.

“My confidence was already coming back after the goal at Nantwich, but after a hattrick I’m buzzing now,” concluded three goal star Stuart Beavon, as we now look forward to Tuesday’s game against South Shields.