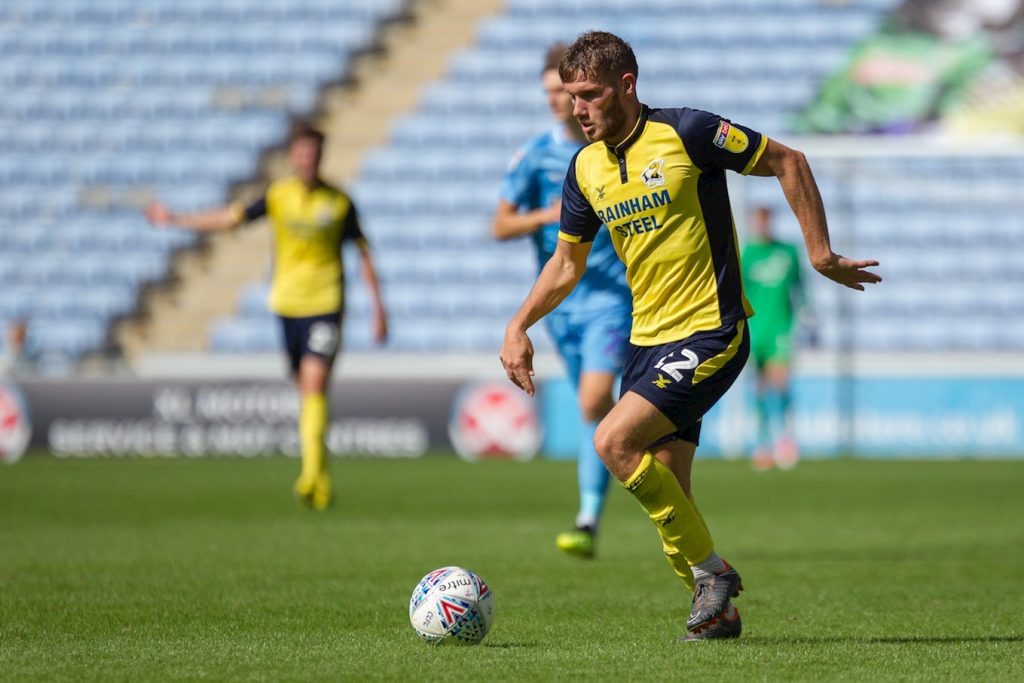 An ex Derby County youth player Andy Dales went from strength to strength during his time at Mickleover.

He spent 10 years with the Rams, having started in their Academy aged nine.

I played in the reserves and got as far as being a first year pro when they released me. But I had a bit of an injury when I left and while others went for trials I couldn’t and had no pre-season offers.

Having looked around himself for any possibilities, his time with Mickleover began.

After one look I felt at home and was happy to sign for the 2014/15 season, which became a four year stay.

He was part of the promotion winning team back to the NPL Premier Division, “my first senior medal,” he commented.

But it 2017/18 when he became hot property, with 23 goals in the season and named in the Northern Premier League’s best 11 of the season alongside team mate Morgan Williams.

At the suggestion of manager John McGrath both he and Williams went to the Jamie Vardy V9 Academy.

There were scouts there and I had been watched. Then Scunthorpe rang me and offered me a contract without a trial.

He joined the Irons for a record fee in June 2018 and played 25 games for the League 1 team, scoring two goals, one on his debut.

I had been in the starting line-up for the first five or six matches, but was then in and out and I wanted to be playing regularly, to gain more experience at the higher level.

The offer of a loan at Dundee cane up and he moved to the Scottish Premiership in January 2019 for the rest of the season, making 12 appearances.

Having started last season back at Scunthorpe, where they had gone to League 2, he made three appearances before returning to the Scottish Premiership again with Hamilton Academicals, where he played four games and scored one goal before the pandemic intervened.

Apart from Celtic and Rangers the rest of the Scottish Premiership is quite similar to League 1. I would prefer to be playing my football in England though given the choice. But it was Mickleover manager John McGrath that has been a big influence, he has supported me all the way.