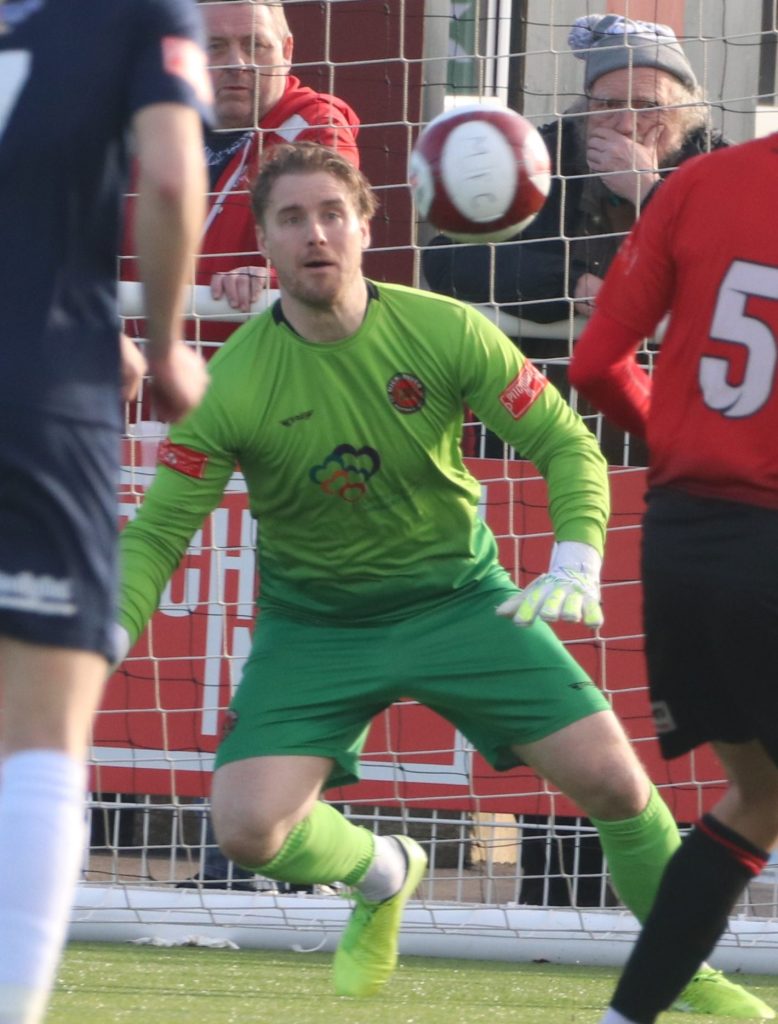 The 33 year old has also played at Halifax, Ossett, Harrogate and Cambridge Utd among others and joined Sports line-up from Sheffield FC for the second half of last season.

His is also an experienced goalkeeping coach, was capped at England C level and his leadership from the back played a major part in Mickleover’s climb up the table.

I’ve really enjoyed my time at the club since joining at Christmas. It’s a good club that’s run by good people. We have a great group of lads and it was an easy decision for me to stay. Hopefully this coming season we can continue our fine form that we showed towards the end of last season

Hedgey played an integral part I our great form towards the end of the season. He has been a really important singing for us and I am delighted that he has committed to another season with us. He is a leader and a winner and sets our standards both on the pitch and in the dressing room.