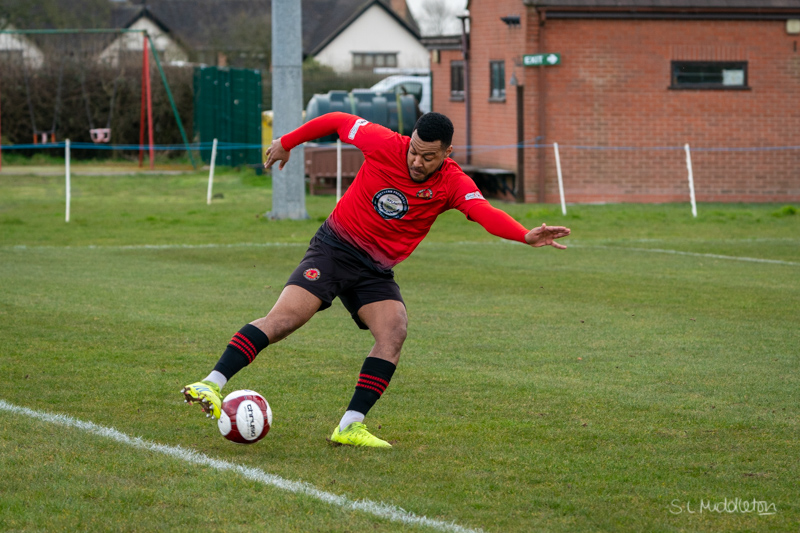 SPORTS SET TO SEEK OUT HYDE

Following Tuesday nights farcical defeat at Ashton Utd, and the postponement of the home game against Basford On Thursday, Mickleover Sports will be hoping that the pitch is fit, no health warning limit’s are applied and they take away three points from the visiting Hyde Utd.

Hyde lost 2-1 at Morpeth on Tuesday, but took three points off Matlock Town last Saturday and currently lie 10th in the Northern Premier League, five points ahead but having played four games more.

So let’s take a look at our visitors. Former leading goalscorer Tom Pratt captains the Hyde Team, which has a mixture of youth and experience.

Lloyd Allinson is currently their first choice keeper. The ex Huddersfield player has also had spells at Chesterfield, FC United and Nantwich, before being signed from Gainsborough Trinity.

He has competition from James Hodges though, back in his second spell at the club after resigning from Tadcaster.

Defender Bradley Roscoe started his career at Preston North End and also played for Fleetwood before Hyde picked him up from Buxton.

He is joined in the defence by the well-travelled Ashley Young. A signing late last year from FC United, Young is another returnee, but has had spells in the Welsh League with Bangor City, Rhyl and Aberystwyth.

Tom Dean is also a defender they signed from Clitheroe, but had previously seen action with FC United, Mossley and Buxton too.

Kyle Brownhill had been at Hyde a number of times, but the experienced defender starting off at Stockport County and Burnley, before a spell at Ramsbottom preceded his last move.

Jordan Fagbola is another defender that came from FC United about a year ago. He started at Rochdale but arrived via Stockport, Colwyn Bay and Solihull Moors.

With a number of injuries and suspension, Hyde have taken ex Fulham midfielder Will McCamley on loan from Huddersfield Town, as well as promoting juniors Sam Summerbee, Max Pritchard, Joshua Churchman and Hamid Addai to the first team squad.

Striker Paddy Lane is a product of Hyde’s own Academy, along with defender Jack McConville.

Sheffield United loanee Reece York is in line for a place in midfield, he started his career at Fulham, while the Blades have also loaned out Senegalese midfielder Iliman Ndiaye, who began his football at Boreham Wood.

Jack Dyche and Liam Tongue are also midfieders.  Dyche came from Leeds United Juniors and Scunthorpe, before his non league career started at Ashton. He came to Hyde from Guiseley. Tongue signed from Stalybridge Celtic after an apprenticeship at Stockport.

Star striker Chris Sharp has scored a Champions League goal against Anderlecht when he played for TNS in the Welsh League. He also represented England C and played for numerous North Western and Welsh clubs before joining Hyde from FC United.

Finally Kielen Adams is another loanee striker, but from Oldham, after they had signed him from Bradford City Academy.