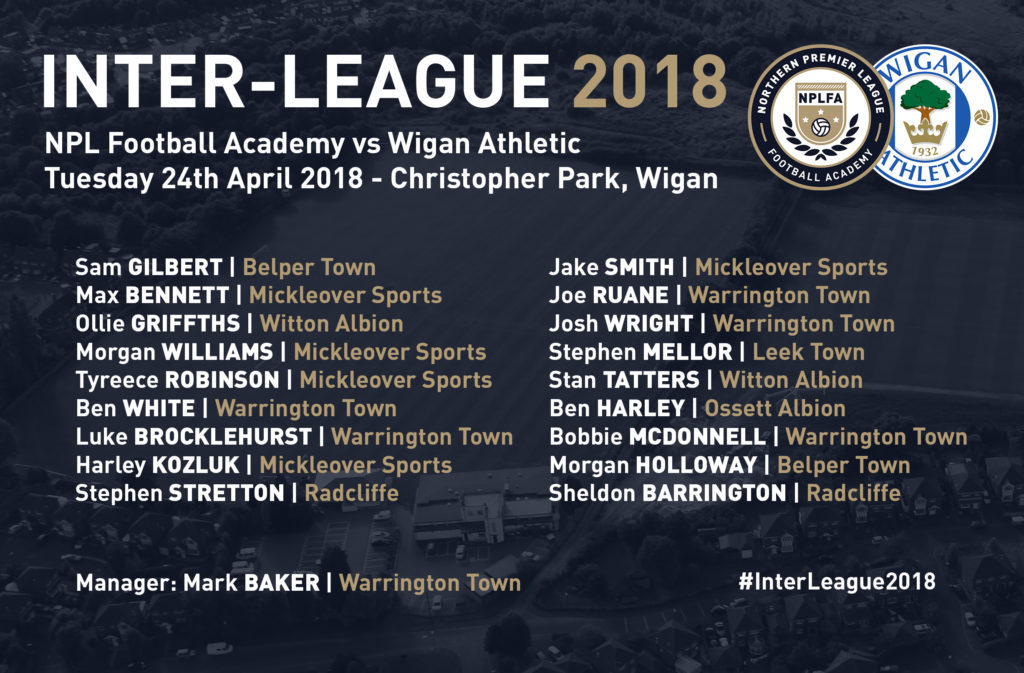 The NPL Football Academy’s inter-league squad has been announced for the forthcoming game against Wigan Athletic on Tuesday 24th April.

To be held at their fantastic Christopher Park training facility, the Latics U18’s are managed by former Warrington Town Academy coach Nick Chadwick, who was in charge of the NPLFA’s inaugural inter-league game against Oldham Athletic back in 2016.

The squad is made up of eighteen students from seven of our clubs, representing Belper Town, Leek Town, Mickleover Sports, Ossett Albion, Radcliffe, Warrington Town and Witton Albion.

The game against the League One club will be the NPLFA’s fourth inter-league side against professional opposition.

The first game was against Oldham Athletic in 2016 and resulted in a 2-0 win for the NPLFA before a 0-4 defeat to Accrington Stanley a few weeks later.

Last year saw a fantastic performance against a strong Port Vale side held at Kidsgrove Athletic, which saw the Staffordshire side victorious with a 2-3 defeat.