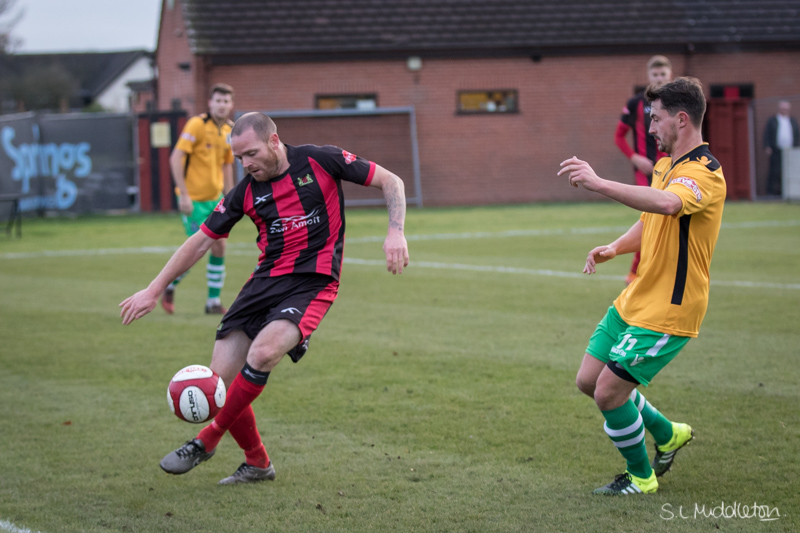 Mickleover Sports correspondent Jack Lawrence caught up with John McGrath and asked about the squad, Brackley Town, and Mickleover’s aims for the rest of the season.

Are you confident ahead of the game?

Yeah yeah, you know I think we go into every game feeling confident. Whether it be teams in the our league or leagues below, leagues above us. We know we are a good side, but we also aware Brackley are a very good side off the back of a cup run beating Gillingham so its a tough opposition but we are at home so again we will set our style of football, the way we look to play football and go from there.

Jake is cup-tied this weekend, he played for his previous club so he is one of the enforced change that I have to make. He was very good last week and he did a great job last weekend. He is a very good signing but it will be unfortunately, one be enforced change.

Everyone else is fully fit and ready now. Tom Burgin had a small knock, but he is back and fit ahead of tomorrow, which is great obviously. Centre forwards, all three played really well. Zeph’s obviously scored two last week so he has hit a bit of form, which is great too.

Do you feel like Brackley have many threats specifically or are they generally a good team from one to 11?

Obviously are a very good side in the league above, but you have to look at Arnason who scored a hat-trick against Gillingham. He is a decent prospect, we have watched them a few times and they work, and are a very good side who I think are 8th 9th in a strong division which includes Salford, Harrogate and Darlington. I know about the opposition but I know I also have good individuals in my team and I’m more concentrated on them playing well than anyone else.

We want to win every game we play in! I thought we played really well Saturday against Marine. I though we were the better side, and should of probably scored 4 or 5 but that doesn’t bother me, we actually played really well which is the main thing, creating chances is great for centre forwards that are scoring. The rest of the season I want to win every game were involved in, I know it doesn’t seem possible, but why not? Somebody’s got to make the play off so why not little old Mickleover.