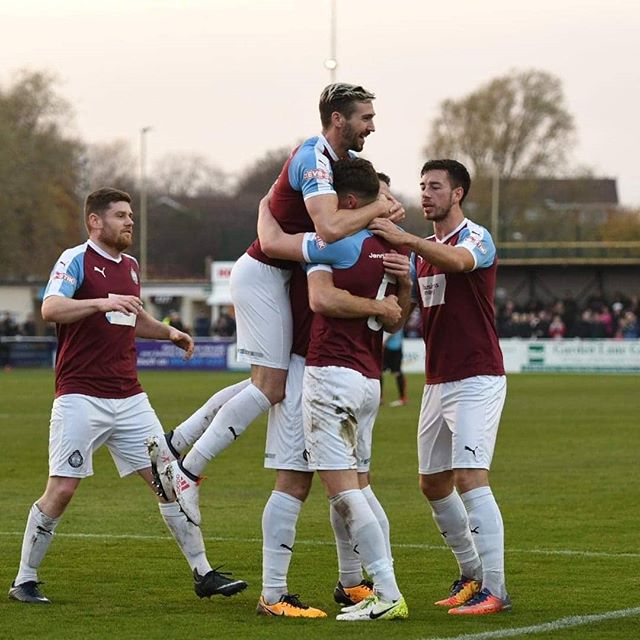 Mickleover Sports are in need of as much local support as possible this coming weekend as they take on the league leaders South Shields. The Mariners from the North East are cruising at the moment having won their last six league games and are expected to bring a few hundred traveling supporters with them. After last weekends washouts at Workington and results going against them Sports find themselves third bottom inside the relegation zone, and will be desperate to climb out as quickly as possible. However it will be a difficult task this weekend against a club with ambition to reach The Football League. With this in mind we are offering all kids of junior clubs in the local area FREE admission and their parents only paying £2 each!

LAST TIME OUT
Last weekend South Shields cruised to victory thrashing Whitby Town 5-2, to continue their 100% home record this season. This was played in front of a whopping crowd of 1830 spectators. Sports last game was the 1-0 defeat at home to Gainsborough Trinity two weeks ago.

SPORTS TEAM NEWS
Nathan Jarman will serve the final game of his suspension. There were a number of players unavailable for last weekend which included Ben Turner, Shaquille McDonald, Evan Garnett and Kyle Carey. We expect to have some if not all of these players back in the squad for Saturday.

GOING TO THE GAME?
The game is a 3pm Kick Off at the Don Amott Arena on Station Road, Mickleover, DE3 9FB with Admission Prices set at £10 Adults and £7 Concessions. Don’t forget that all kids of local junior teams are FREE with parents only paying £2 for entry each! Derby County Season Ticket Holders are being encouraged to come along to support their local non league side with reduced admission of £7 on production of their club’s season ticket at the turnstile. The bar and snack van will be open as usual serving hot and cold drinks and food before during and after the match. Your new look Sports Report Match day Programme will also be on sale at the turnstile for only £2! This features the thoughts of Chairman Don Amott and Manager John McGrath plus all your usual content.