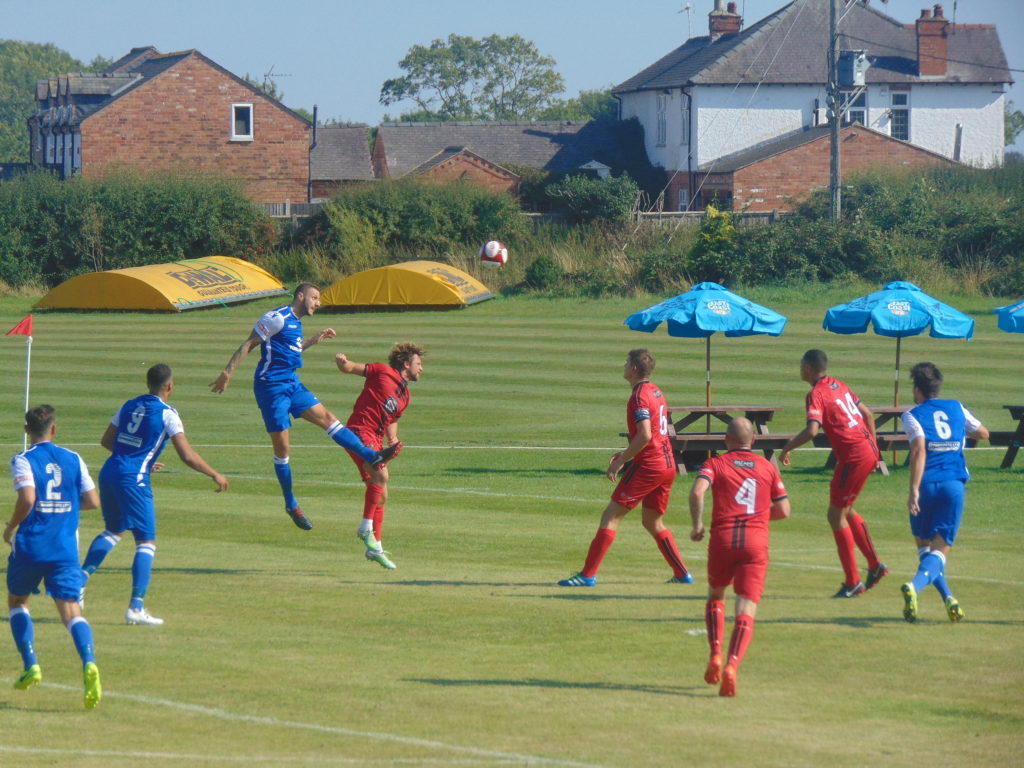 Another midweek fixture and another cup competition as Buxton return to the Don Amott Arena to face Sports for the second time in as many months. The Bucks won the league meeting here 3-1 back in September and Sports will be able to use this fixture as a chance to see how far they have come since that league defeat. Of course the winner of this tie will travel to Basford United with plenty of important league games coming up, Sports may see this as a chance to rotate the squad a little to give those who need minutes game time.

LAST TIME OUT
Buxton had a heavy defeat in Evo Stik League on Saturday as they went down 5-0 at home at Witton Albion. Williams Jones, James Foley (2), Daniel McKenna and Joshua Meade with the goals for the visitors in front of the 427 strong crowd. This of course means the Bucks will be wanting to set things right so Sports have to be very careful about the way Buxton will approach the game. Sports of course can take a lot of positives from the 3-2 to South Shields on Saturday, with John McGrath’s side receiving a lot of praise from South Shields staff and supporters for their brilliant performance and almost causing a shock against a very good Shields side. If Sports can play like they did in the first half of that game then they will have an excellent chance of setting up a Third Round Tie away at Basford United on Monday 3rd December.

SPORTS TEAM NEWS
Niall Dorran, Jake Scott and John McGrath remain injured. Ricky Ravenhill should return to the squad to face his former team after being suspended on Saturday. Everyone else is presumed fit and available if selected.

GOING TO THE GAME?
The game is a 7:45pm Kick Off at the Don Amott Arena on Station Road, Mickleover, DE3 9FB with Admission Prices set at £10 Adults, £7 Concessions and £1 for Under 16’s. Derby County & Burton Albion Season Ticket Holders are being encouraged to come along to support their local non league side with reduced admission of £7 on production of their club’s season ticket at the turnstile. The bar and snack van will be open as usual serving hot and cold drinks and food before during and after the match. Your new look Sports Report Match day Programme will also be on sale at the turnstile for only £2! This features the thoughts of Chairman Don Amott and Manager John McGrath plus all your usual content.