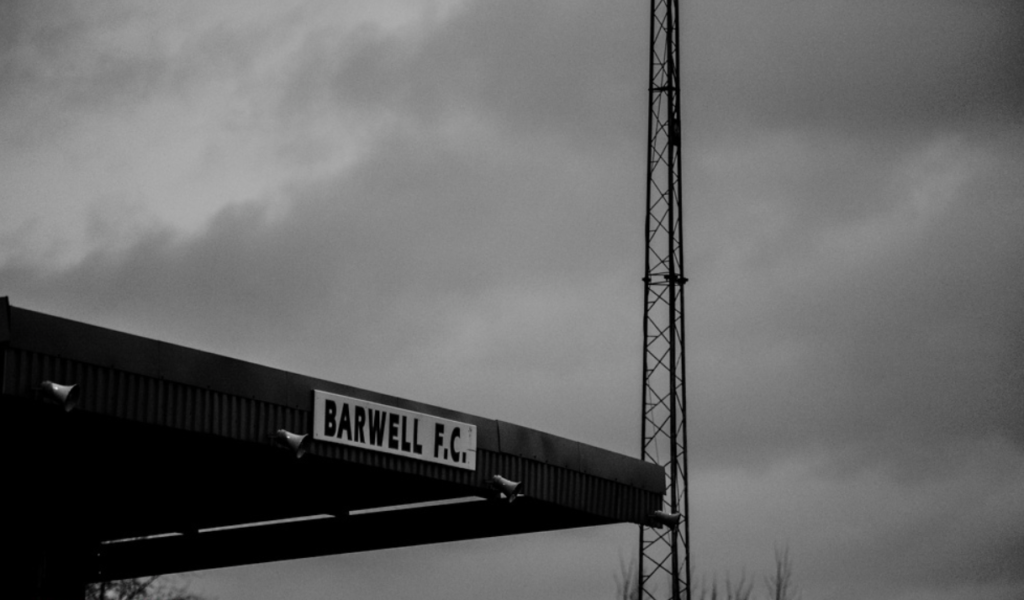 Sports gave two more youngsters their debut in the NPL, but gained little else on the trip to rural Leicestershire. As on Saturday another early goal was conceded and despite a penalty at the end of the first half bringing them back into the game, in truth, Sports didn’t ever look like getting the equalizer.

With Turner injured and Grocott unavailable, Toby Sims took the left back slot where he had shown well in the friendlies. Otherwise it was the same starting eleven as against Skelmersdale United. Immediately Sports came under early pressure, in particular Sims down the Barwell right. When a cross to the far post lead to a corner on the left, Towers flicked on the corner across goal where the unmarked SHANNON-LEWIS put his team in the lead with barely 3 minutes on the clock. Baskerville headed wide on 8 minutes and a dangerous Schofield cross was intercepted by the home defence but Sports were making little headway in response to the early goal. King lost a deep cross which was hacked clear in the six yard box and on 27 minutes McGrath headed an important clearance from a dangerous cross as it seemed like the home side’s pace and quality crossing could reap further reward. Sure enough on 38 minutes Litchfield lost possession and Barwell broke forward, creating a one on one with King and ANDERSON clipped a brilliant precise first-time lob into the net. It almost got worse. A Burgin clearance took a ricochet off his own man and Barwell would have added to their tally but for the on-rushing King to put in a tackle then get up to clear the ball forward. In the last minute of first half stoppage time Sports put a slick move together and suddenly LITCHFIELD was through on the keeper. It ended with a challenge from behind and a penalty which Brodie put away with aplomb. The persistent complaints to the referee by Barwell’s goalkeeper Castle after the whistle went unpunished.

The general view at half time was that the penalty could be a turning point, although it was a surprise to see that Schofield had been replaced by Will Norcross at the resumption. For one so inexperienced at this level Will settled in his position well but the majority of play in the early second half was still directed towards Sports’ goal. Burgin was booked for an errant challenge and the free kick was headed clear by Sims. The resulting corner was volleyed over. McGrath lost the ball in midfield and a pacy move ended in an overhead kick wide by Julien. In a rare Sports foray, Norcross beat his man and fired wide from 25 yards. It was difficult to see where an equalizer going to come from. On 62 minutes Litchfield was booked as he threw himself into an aerial contest and on 68 minutes Minott replaced Baskerville. Bennett was pushing forward in an effort to give some width down the right and when a good move put him in on goal the referee’s assistant flagged him offside. It must have been marginal. As frustration grew Dales was booked for something he said to the referee. For Barwell, Sandhu replaced Shannon-Lewis on 74 minutes but the hosts continued to look the most likely. Bell wriggled free down the left and forced an excellent save by King, low down to his right. Then we had a bizarre incident when a through ball was collected by King under pressure by Bell who collided into him. The home fans seem to think it was a penalty and King appeared to be spoken to by the referee while Bell received lengthy treatment. In the end he gave a free kick to Sports and booked Bell following a long period of confusion. Julien was then booked for a heavy challenge on Dales and Ballinger replaced Anderson as Sports had a sustained spell of pressure in the last 5 minutes of normal time and the five minutes of additional stoppage time, They never looked like getting a leveller.

The young lads Sims and Norcross acquitted themselves well and Bennett attacked and defended well throughout but too many of the more experienced players will be disappointed with their performances.